My wife is Filipino. She says she is Asian. Is she correct? There comes a need when accomplishing government forms to state one’s race. I have seen some forms that actually list Filipino, but most don’t and have two categories that I think a Filipino might feel are correct: Asian or Pacific Islander. My wife does not think of herself as a Pacific Islander just like Japanese people mostly do not consider themselves Pacific Islanders even though they are on islands in the Pacific. All maps of Asia I have seen include Japan and most include the Philippine Islands. I am going to expound on whether or not Filipinos are Asians on the following bases: Cultural, Genetic, Geographical, and Self Identification.

There are some aspects of Filipino culture that are very Asian. Filipinos eat rice with every meal (but not with chopsticks) and foods like pancit and lumpia fit in with other Asian cultures. Filipinos also respect elders, have strong family ties, are polite and have the Asian concept of face and the importance of not losing face. On the other hand, Filipinos have Filipino time, which seems to be more of a laid-back Pacific Islander attitude and they roast pigs over a fire in a style similar to Pacific Islanders. Filipinos also have Spanish influences like siestas, some traditional dances and clothes, Catholic Church, and many Filipino foods show Spanish influence. Filipinos have adopted the cultures of other areas in a cafeteria-style taking what suits them and leaving the rest. Makes sense to me, but I don’t think this help in our attempt to classify Filipinos as Asians or Pacific Islanders or Hispanics.

My wife will see someone on television sometimes and say, “She looks very Asian.” When she says this I see the person and I think they look very Filipino, but not really very Asian. Filipinos to me do not look very much like Chinese, Koreans or Japanese. They do look similar to Indonesians and to a lesser extent Vietnamese. If you were looking for an in-depth scientific anthropological dissertation on the origin of the people of the Philippines I am sorry to disappoint you. It is my understanding that the inhabitants of the Philippines came from Indonesia and some may have come from China. I don’t know, but that would lend credence to Filipinos being Asians. I understand that Spain ruled the Philippines for years, but few Filipinos have a lot of Spanish blood, but many have Spanish names. 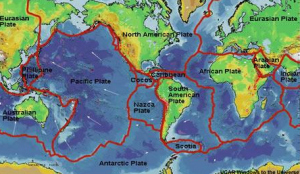 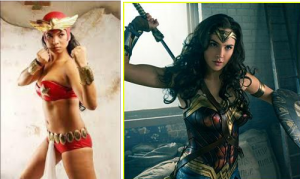 I had a friend in college who to me looked half African American and half Native American. It turned out that his father was Caucasian and his mother was Filipino. He said that he was legally entitled to check Asian, Hispanic, Pacific Islander or White when accomplishing forms. His mother who was fully Filipino insisted empathically that she was White even though she looked to me at the time Hawaiian. I thought her a little odd. She seemed to me to be a little ashamed of her Filipino heritage and I did not and do not understand why. I did not argue with her, though and I wouldn’t argue today either. I personally list myself as White or Caucasian. My wife identifies herself Filipino when a choice and Asian when not. Our boys are always listed as Asian and White, I check both boxes.

I write more to learn than to teach, so I ask more questions than I answer. The central question is in the title of this article and I would love to read comments especially from Filipino readers. A follow-up question to “Are Filipinos Asian?” is “Does racial identification matter?

First there is Aeta an indigenous people and no one knows for sure where they came from. Then there is Malay that share DNA with Polynesians and many other visitors throughout time

I am not sure I am smart enough to understand, but you would say there is genetic evidence for Pacific Islander. Thanks for commenting!

I consider Filipinos Asians, but American “way” respects individuals to choose which ethnicity they belong to in case of a mixed one. So I respect the will of the Filipina who insists her child is whowh.

Race is an outdated construct and serves no purpose other than division. Who cares? Cultural values are more important.

My thoughts exactly! I was just thinking that when you put on this or that label, somebody is going to use it to cause problems and divide.

Hi Paul- I personally agree with you, but my wife identifies heavily with being Asian and I certainly don’t want to argue over it. It does seem that once society starts grouping people by a characteristic the belief that one group is superior follows. Thanks for the comment! Peace Jay Stainback

Jay Stainback I didn’t say to argue. My wife is the same way. The Philippines isn’t really conservative as Asian nations though.

A quick Google came up with the most logical answer,in my opinion.(not that it really matters!) The basic Filipino belongs to Malay stock and have brown skin color compared to typical yellow race Asian (Chinese, Japanese and Koreans). Malays were descended from peoples of SOUTH ASIA-Indian sub-continent, not South China. DNA studies showed that many of the inhabitants of the Philippines were related to Ethnic Malays. Filipino languages (Ilocano, Pampango, Tagalog, Cebuano, Bikol) are part of the Austronesian group, which originates in Asia. The Philippines was isolated from the rest of Asian culture because of more than 300 years of… Read more »

Thanks for adding the information! Race is confusing and my feeling is that if a Filipino wants to identify with being Asian or Pacific Islander or as you said both than I have no problem with it and certainly would not argue the point. Even though Filipino is a term of nationality I think it is the most useful term to use to describe a person from the Philippines as I can usually tel a Filipino from other Asians. I did mistake a Vietnamese lady in church for Filipino once though.

The right word would be Malay or Austronesian if that is what you are looking for. Filipino is a regional constructed identity. Cebuano, Tagalog etc are linguistic identities. At the end of the day, a person is free to choose and identity with what they feel best defines them. There is nothing wrong in identifying as Asian, as Filipinos are considered part of the Asian family.

I would say Pacific Islanders.

Excellent post. I’ve often pondered some of the same points. Add to the issue is that so many Filipinos are part Chinese, my wife among them.

Thanks for the comment and compliment! I think in some areas of the Philippines there are quite a few Amerasians, who may be half white or half Black. The important thing to remember is we are all children of God. As Martin Luther King said we need to judge people by their individual “content of character”.

I will not argue with you or my wife. I have always got the impression that most Japanese feel they are Asian, but I could be wrong as I do not talk to many Japanese. Thanks for commenting and sharing your thoughts!

It is a person’s free choice what they identify with the most or not. Each person gets to decide that based on their upbringing, language, culture or geographical identity. Citizenship is different. I don’t feel anyone has to be forced into identifying themselves as anything if they don’t wish to and they have their own choice to choose from.