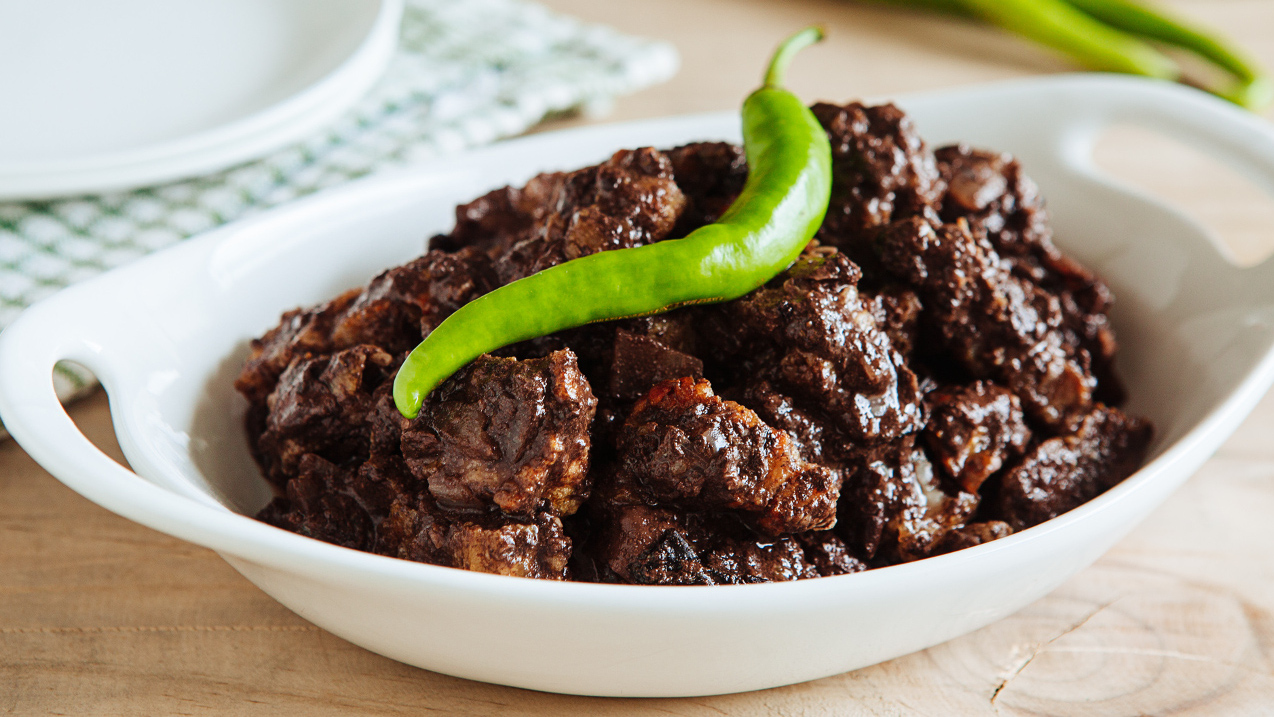 As my father explained to me while teaching me to put a minnow on a hook for fishing, anyone can put a hook through a minnow’s eye, but one has to have a strong firm hand, be diligent and work hard if they want to become a master baiter. I like to start my articles with a hook, pun intended. I use literary devices like alliteration in the title sometimes, but I try to choose my words carefully because I want my words to having meaning. The title of this article is an exceptional example and if you think I just used a bunch of words that had the same beginning sound you are wrong as I will use each word as the heading to each paragraph of this article.

I did not eat dinuguan the first time I saw it. I was at a Christmas party and I saw it in a pot. I asked what it was and was told that it was pork blood stew also known as dinuguan. My wife told me what was in it and said that it was very good. She and many of her friends enjoyed the dinuguan, but I choose to eat tamer Filipino foods that were available: adobo, lechon, Kaldereta, lumpia, pancit, meat on a stick, etc. Even if I had not been told what was in the dinuguan, I think I could figure out the pig blood part just by looking at it. Maybe 6 months later I ate dinuguan for the first time, when my wife brought it home from the Filipino grocery/restaurant in Raleigh, NC. 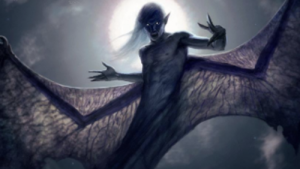 I eat a lot of different foods: some I like really well, some I tolerate, a very small number I hate and will not eat, and a few I crave. The foods I crave; I devour. I devour dinuguan when it is available, which isn’t as often as I would like. I love the way dinuguan flavors rice. There is something primal about eating what is in fact stewed pig blood, guts, and ears that make the word devour seem most appropriate when describing its consumption.

In some religions, the pig is seen as an unclean animal and the consumption of pigs is seen as sinful. I respect that. In some religions, the consumption of blood is prohibited. I accept that. Some people think eating blood is disturbing and disgusting. I understand that. Just writing this article as Halloween approaches makes me think of vampires and werewolves. I must admit when eating dinuguan I do feel in some ways it is just wrong or devilish, but on the other hand eating blood, guts, and ears ensures that less of the slaughtered pig goes to waste.

I chose to use the word delectable because for me the word conveys that the food should be consumed in fairly small doses. I would never eat dinuguan or most other Filipino foods without rice. When I eat dinuguan I include a mixture of one part dinuguan and at least one part rice on my fork, spoon or spork. The object of most Filipino foods is to add flavor to the rice which is the staple of Filipinos and most other Asian people. No other foods that I know add as much flavor to rice as dinuguan. 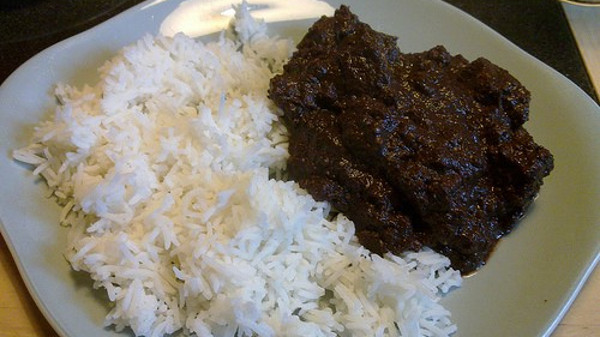 This is an appropriate mix of dinuguan and rice

Dinuguan goes by many different aliases. I have heard it called “chocolate meat”, which is deceptive because there is not chocolate or sweetness to dinuguan. Sometimes people call it “pork blood stew”, which is a better description but leaves out the fact that intestines and ears are included in the dinuguan. For me, dinuguan is Filipino soul food along with dried fish, sinigang, sisig, malunggay (horseradish) soup, bitter melon, halo-halo, and leche flan.

When I write or talk about unusual Filipino foods someone always brings up balut. I have never tried balut. I would eat balut if I were around a group of people who were eating it for the enjoyment of the food. I have not come across a group doing this. A lot of Filipinos I know consider balut disgusting. I don’t find the idea of it disgusting, but it does not interest me either. I am sure there are people who truly enjoy balut, but for the most part, I have gotten the impression that people eat balut so that they can say they had the courage to eat it. Dinuguan is different in my experience. The Filipinos I know for the most part relish it. We were going to have a potluck dinner recently and the person who was going to bring the dinuguan cancelled. I was disappointed.
Halloween Horror Trivia Question

Which of these classic movie monstrosities would not deliberately devour devilish delectable dinuguan? 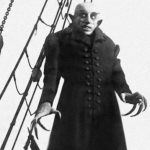 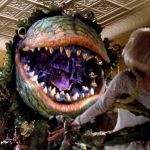 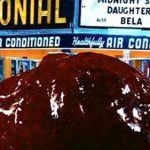 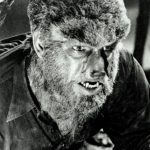 If you are a classic horror film geek like me the answer is clear and can be explained succinctly. Happy Halloween!

Growing up in the Philippines, I was a fan of the dinuguan. But, as you may know, there are some things in this world for which a man must give up for the love of his wife. That, for me, is the dinuguan.

Here in Bacolod dinuguan is paired with Manapla puto, my hubby calls it haggis, I love dinuguan and always paired it with rice, it’s merienda fare here that is why it goes with puto.

Thanks for your comment and input! I looked up Manapla puto, which is the puto that is cooked with Saba banana leaves. That is some great puto. That would make an interesting combo with dinuguan. I never have thought of dinuguan as a snack, but I can see how that would be something to look forward to in the afternoon.

I’ve had dinuguan. Not my favorite, but not bad either. I’m not really put off by the blood. We have blood pudding, and blood sausage (blutwurst) back in the hills where I grew up. A holdover from the Irish, Scots, British, and Germans who settled the area. The main thing that will keep me from eating it is whether or not there is chili pepper mixed in with it. Spicy is a no go for me.

Thanks for commenting! We have a different opinion on spicy. I love spicy and if I find a food not to my taste. I add hot sauce. Different strokes for different folks.

Nosferatu would not eat it, because he just drinks fresh blood. I don’t think a vampire can drink blood from a dead animal.

You may be right…I was actually thinking of the Blob. The original Blob somehow consumed only the bones of its victims and left the blood, guts and muscle in its wake. Thanks for the comment and playing my quiz! I was hoping this would be a fun article for the readers. I enjoyed writing it…but it was kind of pointless.