Last article’s tale of “fix it” involved more cerebral work than actual, hands-on labor.  I mean, repairs couldn’t be effected via screwdriver and hammer, with the possible target of these implements being a geostationary satellite, let alone a delicate receiver-converter sitting next to the telly.

This article relates a more “down to earth,” getting the hands dirty story that you may find “illuminating.”

As is the case with almost all things material, Nature, Time, Wear & Tear, and the other villains of “brand new” make shiny things dull, moving things freeze, and basically, functional items malfunction.  So, too, the story of the quaint, little CFL – Compact Fluorescent Light, the so-called long-lived, environmentally friendly replacement of the incandescent light bulb.

Surrounding our house and yard, we have a very nice iron and concrete fence.  It runs along the 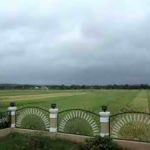 property line on three sides of our property – the fourth side being shared with that of the “family house” and utilizing a smaller but friendlier fence and gate.  The concrete is in the posts and along the base; the ironwork between the posts.

Atop each post is an outdoor light fixture, capable of containing a 7w or 9w CFL for nocturnal illumination of the area immediately around the post and extending a bit beyond.  Thus, at night, both sides of each length of fence are sufficiently lit up to provide safety for all, friend and foe alike.

Utility bills notwithstanding, providing illumination to these areas is most enjoyable – especially when we host an evening social event.  The move to employ CFLs was a matter of economics.  Afterall, CFLs are “allegedly” more efficient, more environmentally friendly, less expensive to use, and longer-lived.

I say, “allegedly,” as experience has provided life lessons in reality.   While the smaller size and composition may offer some savings when time comes to pay the Electric Coop for current consumed, the CFL’s cost at the cash register is considerably more expensive.  Financially, their use is “a wash.”

The lumens (lighting power) provided by the CFLs almost matches that of their incandescent predecessors, but not really unless you use those exceeding the 7w to 9w units that we do employ.  In brilliance, once again it’s “a wash.”

“Environmentally friendly”?  Well, as long as they can be properly disposed of after they’ve completed their life without being broken, they may be “friendly.”  Mercury and other hazardous materials contained within the CFL serve as a ticking time bomb for those not exercising care in handling.

The “alleged” longer life of CFLs also comes into question.  Employing 30+ CFLs for the fence provides a good laboratory for testing this claim.  I will admit that there are CFLs atop the fence 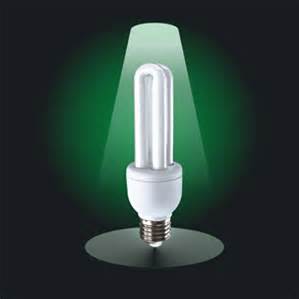 posts that have been resident and shining for a considerable amount of time.  These, however, are the exception and not the rule – only a meager few, perhaps two or three, have displayed the claimed longevity.

Herein is the story.  Arrival back at our Philippine home after our annual vacations is always met with a rather dim reception.  Due to flight schedules, we always arrive after sunset and,  hoping against hope, expect to see the glow of our fence as we approach our house from a distance.  Alas, disappointment accompanies our approach and arrival.

This year was no different.  The fence tops were sparsely alit – 12 CFLs had gone on to “the dark side.”  Other CFLs used around the outside of the house to brighten things up accompanied the darkened fence-sitters as well.  A journey our favorite hardware store in the provincial capital was now in order.

We’d go to that hardware store, as opposed to a local merchant, because of the quantity needed to be purchased.  No sense in denying availability of CFLs to others in the municipality, as our purchase order would certainly extinguish local supply.  Re-ordered stock takes much longer to reach the local vendors as well.

Bulb replacement went well, and all seemed right with the world.  Until, that is, the first evening rain shower.  With an audible “Snap!” the fence line went dark – not a good sign.  The electrical circuit breaker serving the fence had tripped open.  A casual resetting brought 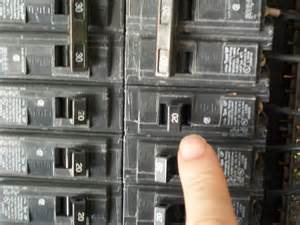 a few moments of renewed brightness before a second “Snap!”

This could only mean that “Fix It Time” took on a more onerous phase.  Somewhere, among all of those light fixture festooned fence posts was a problem that needed fixing.  Too, it needed its location to be discovered.  All that, on a rainy night.

Being well-versed in electrical repair, and equally well-versed in laziness, I was determined to uncover the problem’s location without getting wet.  The only “sure-fire way” to do this, I believed, was to continuously reset the tripping circuit breaker until a fence light or two no longer responded.

When a light didn’t come back on with its fence mates upon a breaker reset, I’d know where to start my investigation in the dry morning.  It worked – after a couple of resets, one light refused to shine again.

In the cool dryness of the late morning of the following day, I set upon the light fixture.  It was one of the older fixtures – scheduled for replacement with its compatriots on the same side of fence.  As the initial installation of the fence and its lighting was not really “up to code” – read:  haphazard – the fixtures and their wiring of different sections of the fence were methodically being replaced.  Here, replacement would come early. 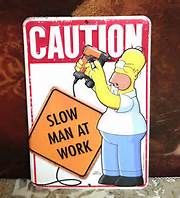 Disassembling the fixture and getting right on down to the wiring, it became apparent that I had found the miscreant causing the problem.  Household grade wiring had been used to connect the fixture with “the mains.”  It’s insulation had worn away, courtesy of the outdoor environment, and black charring surrounding everything told the rest of the story.

While I had a replacement fixture all set to go, I figured that repair versus replacement would be the better option.  That ever-present streak of laziness told me that replacement would require me to borrow a 1/4″ electric drill, if I could locate one.  Mounting a new fixture meant drilling new holes into the top of the fence post.

Now, I had everything else that I required for the job – the 1/4″ masonry drill bit, sufficient 1/4″ anchors and associated screws, and, of course, that new fixture.  Outside of the drill, however, one other important item was missing – the desire to take on the tasks of obtaining the drill, drilling four new holes, cleaning the drill, and returning the drill to its rightful owner (with some small token of gratitude).

No, repair would be easier, require less physical movement, and in all, please the “spirit of attitude” that was driving me.

The fixture was removed and taken to a location where its cleaning and repair would cause a minimum amount of concern from the more cleanly and orderly among us.  After disassembly, each part was cleaned of dirt and corrosion, and the lamp socket was rewired. 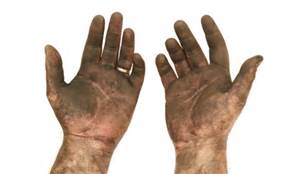 , the socket had avoided the wrath of time and environment, and required no replacement parts.  To rewire it, I used a couple of pieces of some 14AWG hard-drawn copper outdoor wires – black and white, for the “hot” and “neutral” leads.

When all seemed right, the well-cleaned and refurbished fixture was remounted to the top of the fence post.  As the day had worn on, and the sun was considerably brighter and hotter, re-installation seemed to have taken much longer than removal.

The voltmeter was brought out to the work location to test “the mains” – insuring that not only was power available but that the wiring of the fixture was properly connected to “the mains,” observing proper polarity of the wires.

And, that was that.  The finished product was tested to the approval of all.  Light all round has returned, and the fence remains illuminated now during those nighttime showers.

Now, if only my Internet access was repaired.  At this point in time, my SMART-Bro had been “NO-Bro” for over a week.

I am looking forward to having one of those fixit men on hand for all those little jobs when I get there.

Yeah, me too, Nick — Finding one who’s worth the pesos is the hard part. If you just take “anyone,” you’ll end up being the fixit man repairing what the other fixit man touched. 😆

LED lights are better than CFL

Hi Denzil – In terms of illumination, I agree. LED “bulbs,” however, cannot withstand a lack of ventilation. They will indeed get too hot (not the LEDs themselves, but the associated “works” that come with them) and self-ignite into flames if they are employed in fixtures that do not provide sufficient ventilation. ?

I too have noticed the the CFL’s supposed lifetime is a fantasy; I’ve found the same with the LED bulbs. I guess I could pay very close attention to the warranty and save my receipts but that never seems to happen 🙁

Hi Tim – The hardware store where we purchase our CFLs offers a one-year guarantee on “Firefly” brand CFLs. We, too, save our receipts and very seldom pay for replacements.

When a “Firefly” no longer shines, we clean it up a little and take it (and other “dead Fireflys” we’ve collected over time) with our receipts back to the store, and come home with new replacements at no cost, other than the 36km round-trip expense.

It’s no wonder why we are good patrons of that store. ?