From Scotland to the Philippines

The Accident in Sindangan Bay

I had enjoyed an email correspondence with the late Norman Sisson about our mutual love of history.   I had a DVD of photos that I was to bring him on my next visit about some Philippine history.

Since that will not happen, I will share with you.

The story begins in 1894 with a ship.  She originally was named the SS Clan Mackay, built on the River Clyde for the Clan Line. She sailed with them until sold in 1913 to the Adelaide Steamship Company, which renamed her Ceduna. She was again sold in 1924 to a company in Shanghai which renamed her Tung Tuck. She was renamed Chang Teh in 1937, and was sold to Greece later that year. She sailed for her new owners under the name Pananis, until seized by the Japanese at Shanghai in 1941 and renamed Shinyō Maru.

And that is where this abbreviated narrative will start. 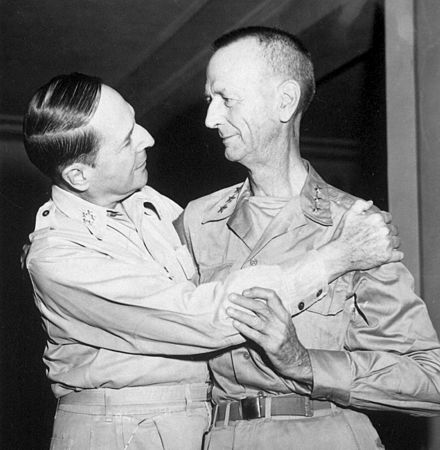 In 1942, the American forces in the Philippines under the command of Jonathan Mayhew Wainwright IV, surrendered to the Japanese forces.  In September 1940, Wainwright was promoted to Major General (temporary) and returned to the Philippines, in December, as commander of the Philippine Department. As the senior Field Commander of Filipino and US forces—under General Douglas MacArthur—Wainwright was responsible for resisting the Japanese invasion of the Philippines, which began in December 1941. On 8 December 1941, he commanded the North Luzon Force, comprising three reserve Filipino divisions and the 26th Cavalry Regiment (Philippine Scouts). Retreating from the Japanese beachhead of Lingayen Gulf, Allied forces had withdrawn onto the Bataan Peninsula and Corregidor by January 1942, where they defended the entrance to Manila Bay.

Following the evacuation of MacArthur to Australia in March to serve as Allied Supreme Commander, South West Pacific Area, Wainwright inherited the unenviable position of Allied commander in the Philippines. Also that March, Wainwright was promoted to Lieutenant General (temporary). On April 9, the 70,000 troops on Bataan surrendered under the command of Major General Edward P. King. On May 5, the Japanese attacked Corregidor and on May 6, in the interest of minimizing casualties, Wainwright surrendered. By June 9, Allied forces had completely surrendered.

In 1944, it was beginning to be apparent that the Allied forces would be returning to the Philippines.   To prevent the freeing of the POWs, the Japanese organized what became called “Hell Ships” to transport the prisoners to other prisons.   The name, Hell Ships, was given, not only because of the conditions, but also because they were not labeled as POW ships in accordance with the Geneva Convention and a number were sunk by friendly fire.

On September 7, the Shinyō Maru was sailing for Manila in convoy C-076 with seven other vessels, including two torpedo boats, two tankers, and four other medium and small cargo ships. They were sailing two to three miles off the Lanboyan Point of Zamboanga Peninsula on the island of Mindanao, when the USS Paddle found them. A few days previously, American intelligence had reported the Shinyō Maru to be carrying Japanese soldiers, so they assigned Paddle to search for it. The Paddle, under the command of Captain Byron Nowell, was 10 miles away when the Japanese were first spotted, so Nowell maneuvered forward to attack with torpedoes. A spread of four was then released in the direction of the Shinyō Maru, which was the leading ship in the convoy. Two of the torpedoes struck, both in the hold.  Just after the Shinyō Maru was hit, the guards opened fire on the prisoners with captured Thompson submachine guns, though several of the men fought their way out of the hold, with their fists and improvised weapons, and abandoned ship. 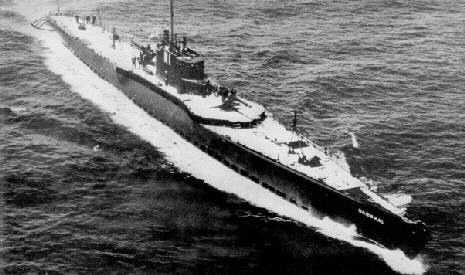 Of 750 Allied prisoners of war, 668 were killed, all but five of whom were American servicemen. At least 47 Japanese personnel were killed, as well; only three men of the Shinyō Maru‘s crew survived.   Eighty-three Americans made it to the shores of Sindangan Bay, and they received aid from friendly Filipino guerrillas under the command of Brigadier General Wendell Fertig, who radioed headquarters about the situation. One man died the following day on September 8, the remaining survivors were eventually rescued by the submarine USS Narwhal save First Sergeant Joseph P. Coe Jr who remained on Mindanao to continue fighting, for which he later received a Bronze Star. The crew of USS Paddle was not informed of the deaths of hundreds of Allied POWs until 1946. 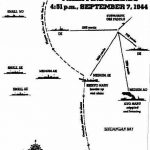 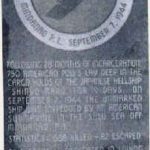 In the various accounts, it is told how the Philippine fishermen repeatedly went out into the area where the ship had been torpedoed and rescued many of the men that were able to get off the ship.   Most of the time it was under heavy gunfire from the Japanese convoy but by 2s, 3s, and 4 people at a time, they were brought to the shore and hidden away until they could be reunited with other resistance troops.

These fishermen were not trained fighters, but were unwilling to stand by and idly watch.   I commend them for their actions.

The numbers vary slightly so I will use what I have found in official records.  84 men were able to escape from the ship.  One was so severely injured that he died shortly after reaching shore.    They were moved toward more secure areas and on September 29, 1944, the survivors with the exception of First Sergeant Joseph P. Coe Jr who remained on Mindanao to fight with the resistance, for which he received the Bronze Star, were evacuated along with POWs from the Davao area for return to the USA.

Current Day Pictures of the Bay 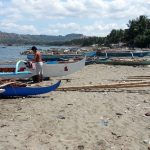 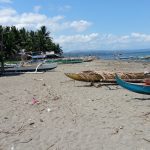 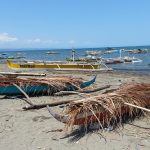 Today it is a peaceful scene with typical fishing activity.   Peace is always better than war.

Thanks to Wrecksite, Wikipedia, and especially to submarinesailer.com for the information and pictures.

As it happens, my wife’s grandfather was in the Philippines at that time. How he ended up there was a little more unique. He was a 38-year-old lawyer who, as part of the National Guard, signed up to be part of the Judge Advocate General’s Office (an Army lawyer) for a year. When he arrived in the Philippines, the war had not begun, but it was 1941. He ended up on the Bataan Death March, to the prison camps, and eventually to the Enoura Maru. He eventually died on that ship in port in Formosa (now Taiwan). It was bombed… Read more »

I agree, LeRoy did a lot of research on this article!

Thank you, Jim and Bob.

Since I was small I have loved history. A few years ago I had the opportunity to spend quite a bit of time with two former intelligence agents that had extensive experience in the Philippines as well as a number of Asian countries during WWII and the Korean war.

After hearing their many stories, I took the time to start researching to fill in gaps in the stories.

Thank you, I have always loved history and this just adds to what I have learned over the years. Plus it shows the bond between the Philippines and the US that should be honored and respected by our 2 peoples.

Hi LeRoy,
Fascinating story–thanks for sharing! Yes it’s good to see that beach is back to a peaceful spot after all that had gone on in the waters there.
Queenie

Thanks for the story Leroy. Both my father-in-law and mother-in-law’s father fought for the U.S. They were in the area of this incident, as my father-in-law was from Camiguin, They both ended up settling in Mindanao after WWII, in the areas of Agusan and Cotabato, respectively.

Wow this article rocked! I’ve always been a history buff myself and the fighting in the phils are rarely mentioned.
This was definitely a palate cleanser and a departure from the usual posts but in a good way. I’m truly fascinated with the countries history, not much if any was taught when I went to school. Thank you sir!

There are a couple other articles that I hope to finish researching soon.

Your kind comments are an encouragement and an incentive to hurry up and get them finished.

History buff that Norman was, He would surely have enjoyed this article.

I enjoyed reading your article and looking at the pictures!