How to be seen as a human target in the Philippines

Some people like to live “La Vida Loco” that Ricky Martin sings about. I like to think I write pretty interesting articles, but in real life, I am kind of boring. One way I could add some spice to my life would be to travel to the Philippines and be seen as a human target. I have heard and read about people who feel they are seen as human targets, but I have yet to experience the thrill of it all. I have chosen to elaborate on three areas that I think could help me look and feel like a human target in the Philippines: fornication, nightlife and disrespect.

Fornication is having sex with someone you are not married to. A man with a live-in girlfriend that he has sex with is technically fornicating, so is his lady. Extramarital sex is still frowned upon by many in the Philippines. Even though it is not uncommon for a young unwed lady to get pregnant. If the young lady is not living with the man the pregnancy is usually seen as a moment of weakness. Cohabitating is not seen as a moment of weakness but as a lifestyle choice. That being written, I don’t think cohabitating goes far in making the man a human target in the Philippines unless there are extenuating circumstances.

One circumstance that can lead one to feel the thrill as if their lady has had a child or children from a previous relationship. Any time a person enters a relationship with someone else’s children then there exist the chance for conflict not only with the father but other members of the father’s family. If you think you are not entering a relationship with your lady’s children only your lady I highly doubt you are correct or you have not thought things through. 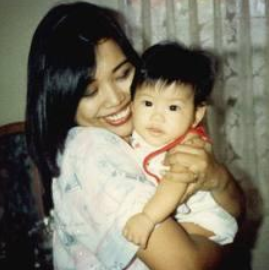 Another exciting situation some men choose to enter is to live in another country and visit their girlfriend in the Philippines for a couple weeks once or twice a year. The belief is that the girlfriend is sexually active when the foreigner visits and chaste or is it chased when he is away. I am sure the belief is only the reality sometimes, but either way, I think the potential for conflict with other suitors is real. The ladies involved in these relationships are almost always young and attractive and draw the interest of other men, domestic or foreign, whether they are faithful to their foreign boyfriends or not. For me, this leads to a great potential for human target thrills.

Fornication for me personally is no longer an option. I fornicated some in the USA before meeting my wife, but I have not and will not be doing so in the Philippines or anywhere else. My wife would kill me or worse…leave me. I must try to explore another way. 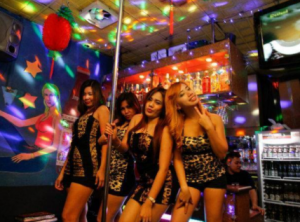 I am not much of a nightlife type. Back in my young single days, I went to clubs of the varying types, but I would have to alternate beer and coffee to stay awake. On my visits to the Philippines, it is very rare for me to be out after dark. Going out to bars at night would be a way of adding to the thrill of being a human target especially if I partake of alcohol as it lowers inhabitations, increases risk-taking, clouds judgment and intensifies my emotional responses. Even if I do not partake, I have chosen to interact with others who are under the influence. 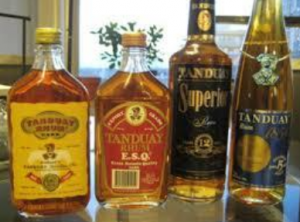 Will these help you be a human target

I have heard tell of clubs that offer the attention of young ladies for a price in the Philippines. I have no need of this excitement, but others may. Meeting someone new in a bar and paying to take them out for sex can certainly add excitement to one’s life and could lead one to feel they are a human target. There is always an element that looks to strike when your pants are down both figuratively and literally.

Being disrespectful is something I must admit I have personally been guilty of in the Philippines. I once got upset at a bank teller on a visit to the Philippines and I used the s-word repeatedly. The s-word I used did not mean excrement or a racial slur like sl@nt, sl*p#, sp!c or sq^!nt. I used the word st^p!d, which my wife informed me after she pulled my then 250 lbs. out of the bank, could get me killed in the Philippines. The way she told it the teller was seconds away from grabbing the security guards pistol and putting an end to all my complaining permanently. Like many Asian countries there exists a concept of face. If I cause someone to lose face I could face grave consequences. I was wrong in the way I spoke to the teller he was only doing his job enforcing a bank policy I found…well stupid. I was guilty of disrespect and in that instance, I gave myself the excitement of being a human target in the Philippines.

I think good luck and bad luck tend to balance out. The choices we make to a large extent control how our lives go and how others see us. I did not want this article to be too broad, so I left out many choices that one could make that might give them the exciting experience of feeling like a human target in the Philippines. A few that come to mind are money lending, gambling, illegal drug use, getting involved in Filipino politics, trying to convert people from one religion to another, and smuggling contraband into the country. I have heard and read that some feel that they are seen as human targets in the Philippines because of the color of their skin I have not experienced this feeling in my limited experience, but that does not mean the thoughts and feelings of others are not real or justified. I enjoy reading the input from readers especially a different viewpoint and I do think comments are often better than my articles themselves so feel free to share your comments on this topic.

Great article Jay. I hope it a lot of people read it and consider its wisdom before they make life more thrilling in 2018.

Thanks for the comment and compliment! Happy New Year!

This article makes me want to go out, get drunk, and disrespect a bunch of hookers 😉

Whatever works for you. Happy New Year!

Yes Alex do it…phils is the right place for that

I disagree with ‘almost’ everything you have said, and am qualified to comment as I have lived happily and actually survived here in the Philippines for 23 years. I respect all Filipinos, but then again if they don’t respect me I will certainly hold my ground and show no fear. The moment you show fear you will have a problem!!! Wusses just don’t survive here and often return to their countries with their tails between their legs, despondent!!! I never discuss politics or religion with the locals, but do I socialise with them on a regular basis, I have no… Read more »

Hi Jack, It is perfectly fine with me for you to disagree, but I never wrote anything about showing fear or not holding your ground. It is considered extremely rude to question someone’s intelligence in public in the Philippines. Standing your ground and insulting someone are two different things. I never said I was afraid only rude. I do not have your years experience in the Philippines, but when I am their I socialize pretty much 100% of the time. I just don’t go out at night and get drunk. Neither do the Filipinos around me where I visit most… Read more »

Hello Jay,
I’ve learned that the same things that will set you up for trouble in other places will do the same in the Philippines, and I act accordingly.
Take care,
Pete

Hi Pete, You have learned well! I believe you are correct. The problem is in the Philippines a lot of things in this case let’s state the obvious draw for many men sex or relationships with young ladies is not widely available in other countries. Assumptions are made. I have heard the incorrect and insulting statement, “I can have any woman I want in the Philippines.” on several occasions. Other assumptions are made that I don’t think are made in other countries. Filipinos tend to appear passive, but there is a line that can be crossed that shouldn’t. When I… Read more »

Conflict resolution hereabouts does require understanding, or at least accepting, the Asian concept of face. Always leave the other guy an honorable way out. Otherwise, you’ll be fighting the same problem over, and over, and over again.
And there’s consequences the world over for those arrogant fellows who think they can have any woman.

i have found on Bohol, that since i have been there three times in 2017 that they assume we are married, and all ask how is my wife, we will marry i hope in April of 2018,

Congratulations and good luck with your upcoming marriage!

That would probably add some excitement. I just learned what balisong means as I searched it thanks to your comment!

Jay,
What a great description of your accounts! You should write a book! I have to continue to read more!

Thank you for the compliment and comment! I will give the book some thought. I have intentionally wrote on a fairly wide range of topics. I am not sure I could logically combine them in a book. Something to think about.

Jay, one way to be at the receiving end of a balisong at a barrio fiesta is to stare at a guy who is drunk.