So, here the observations continue – my glimpses of Paradise

at a moment’s notice.  Like snapshots capturing the essence of the environment around me, they’re a strange mixture of “WYSIWYG” + “WISIWYR.”  (“What You See Is What You Get” + “What I Saw Is What You’re Reading.”)  A batter, if you will, folded and blended, that hopefully will become delightful cookies of reading pleasure.

* WARNING *  The following observation may stretch the limits of belief, or might offend those not similarly inclined.

It’s not my intent, dear readers, to cast any ill will about in cyberspace.   Heavens know there’s more than enough of that going on, and I certainly don’t want to add to that manure pile.  What is presented here is true, laid out to the best of my “2 cups of coffee in the morning and needing at least 2 more” ability.

Back in the late 1960s (Dating myself?  Perhaps, but not quite.), an American television series caught my attention.  Mind you, at this point in time, my life was one of transition.  A disinterested and disappointed college student,

weathering boring lectures in 500-seat “halls of learning,” I had little time or desire for the simple escape of watching the “one-eyed monster.”  I wanted a real escape.  I also had to engineer this escape carefully, as the local Draft Board enjoyed Shanghai-ing those similarly affected by what was being passed off as “upper education” in those years, and turning students into soldiers.

The television series was a “TV Western,” but it was a different kind of Western.  Not another “Bang-Bang, Shoot

‘Em Up, White Hat Versus Black Hat” meaningless soap opera that filled my youthful Saturdays.  This one actually had a good storyline (by 1960s’ standards).  It had a human element – something unheard of in a TV Western – a grandfather, accompanied by his grown grandson, searching for his reportedly wayward son.

(Where’s this going, Paul?   Stick with me, here, dear readers.  Gotta lay the groundwork.  And, no, I didn’t want to escape and join a rodeo or something.)

Sonnett,” starring the venerable character actor, Walter Brennan in the lead role.  More of a “Passion Play” than a “Shoot ‘Em Up,” there was a lot of wisdom imparted to viewers savvy enough to catch it.  The “prescription,” that attached itself to my being, was a simple phrase uttered by the grandfather whenever his credibility was called into question.  “No brag, just fact.”

Armed with that prescription, I forged through life, believing it to be the best (and only) lesson learned during those college years.  “Tooting one’s own horn” was not for me – I’d let my actions (both good and not-so-good) announce my abilities and accomplishments.  Let impressions impress.

On occasion, I remove the veil of secrecy surrounding my private life and let slip a “tidbit of autobiography” that was heretofore relatively unknown.  Your about to witness one of those slips now, as I hesitatingly poke the virtual keyboard on my tablet.  “No brag, just fact.”

I’ve been blessed (or, perhaps, cursed) with a VERY high I.Q.  A statistical measurement of what a person knows compared to what persons of the same age, on average,

know; the mean score is 100.  An I.Q. of 100 means that, at your current age, your knowledge fits right in with the average knowledge of those in your age group.  An I.Q. above 100, in simple terms, means that you share the knowledge level of those who are older and more experienced. Under 100, …, you get the picture.

Blessed or cursed, a whole lotta adjustin’ goes on daily, keeping frustration and inner anger at bay while accepting the

world about me just as it is. I’m no better than anyone else.  I experience the same things that others do.  About the only difference is that “I take it harder” – not only having an experience, but adjusting my mindset to accept what is, and not pine for what could have been.  That adjusting, by the way, includes a heaping helping of forcefully self-fed humility – another source of frustration, as I’m not that great in its accomplishment.  (Yeah, I suck at it.)

initial rounds of “home repair.”  It’s still new enough so that repairs aren’t major, but it’s arrived at that “just outside of the warranty period” age.  Little things, that you never imagined would fail so early, start to fail.  As a homeowner (or primary renter), the mantle of “Home Handyman” is thrust upon you.  It’s when I’m donning my plumber’s cap, or my electrician’s tool belt, or my landscaper’s gloves, that the observations hit hardest.

Here are a few that have “hit home hard” in the past few months:

— MENSA, OR NOT TO MENSA

Sorry, the choice was, “Not.”  I didn’t want this “esteemed” 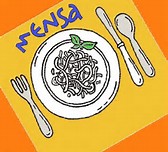 group joining me.  From first encounters, I knew there was no fitting this square peg into the available, “all look the same,” round holes that the organization had to offer.  (Judging by today’s newer geek membership, I’d wager that some of the older members wish that their choice mirrored mine.)  Coexistence can be tolerated – I wish the organization well in its endeavors sans your humble scribe.

Final observation here (yes, I know,  I’m going long again!).  The most difficult of all adjustments comes in the broad 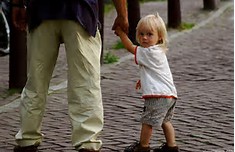 categorize of acceptance.  For me, accepting what is (as I mentioned before).  One of the “what is” items, being adjusted to and accepted, is the well-meaning but often personally frustrating treatment as an unwary foreign guy, hopelessly lost in a different culture, needing to be hand-held through every moment of life.  Ugh!

How many times I’ve just wanted to scream out, “Hey, I’m not a child. Let me handle this. I’ve learned from everyone how to do it. Please let me fly solo from the nest!”  But, that’s not the way in Paradise.  Gracious acceptance of “what is” is never more difficult than during those moments when kind-hearted assistance is thrust upon you.  Hopefully, one day, the realization by the kind souls of my inherent abilities to adjust and survive will rule the day.  “No brag, just fact.”

Thank you, Luke, for “adjusting and accepting” it! 😆

It’s a lonely world out there when we are even slightly different from the great majority. I don’t have a high IQ but I do know damn well the feeling of being different… the feeling of loneliness of an extremely open minded person.