There’s plenty to see all around us – in some cases, there’s too much to see and experience.  This might be a set of observations that fall in the “too much” category.

Not a year goes by with making the following observations regarding what I believe to be a national disgrace:  Internet service (or lack thereof) in the Philippines.

THE BEEF GOES ON …

I say that this is an “annual beef.”  It is.  Not a year has gone by since my original contracting of Internet services through PLDT’s “SMART Bro” home broadband network, without numerous complaints about the contracted service (or lack thereof). 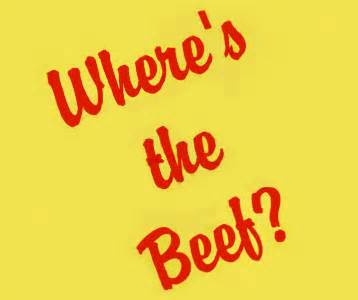 The original contract – a 2 year lock-in affair that I agreed to – stipulated that for the monthly sum of PhP 999.00, I would be provided “high-speed,” broadband Internet service to my computer.  The “high-speed” was a guaranteed 1.5 Mbps download speed.  Period.

After a few years, PLDT snuck some small print into the contracts used for renewal.  That small print set a limit on usage at the “high-speed” for the month, with download speeds being forced down to 256 kbps after the monthly allotted volume of data transfer had been exceeded.

My Internet usage is rather casual – I don’t exceed the monthly “slow-down threshold” so my download speeds are not “regulated” to the lower speed.  Yet, there are far too many occasions in which my actual download speeds never even reach the regulated lower speed.  Case in point:  March 2016 average download speed was 176 kbps (as tested using both testmy.net and speedtest.net [PLDT’s preferred test platform]). 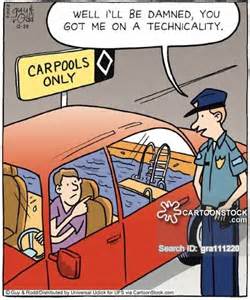 There is a “technicality” involved, however.  As most of you dear readers, who have made their way through the customer service throes, may know, when a trouble report is made, the customer is asked to monitor the network for at least 24 hours to see whether the problem is resolved.

The “technicality” appears within those 24 hours – between 03:00 AM and 05:30 AM PHT, to be exact.  During those fleeting two and a half hours, download speeds magically transform into the continuous 1.5 Mbps (and better) speeds specified on the contract.

To the consumer, that two and a half hours is just a fluke – not really representative of the problem.  To PLDT, it’s “problem solved” and “trouble report cleared.”

A SCAM BY ANY OTHER NAME … 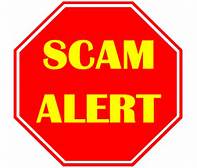 PLDT has front-line customer service representatives working the phones and apologizing to customers for poor service.  Paying call center peeps to apologize is a lot cheaper than fixing network problems.

PLDT also has the “technicality” working for it.

I pressed the issue recently, and was provided instructions on how to apply for credit against my monthly bill – credit for lack of service or poor service.  I was assured that I’d receive credit.  PLDT response:  Credit denied. ( SCAM ).

Those subscribers who live in the larger metropolitan areas, or who have “influence,” don’t ever experience this type of treatment.  They have fine Internet service.  They’ve no reason to complain, nor reason to believe complaints from others.  As a result, the status quo remains in place. 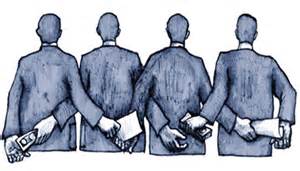 I’ll come right out and say it:  Pockets are being lined with the revenues that should be used to upgrade and maintain the Internet infrastructure in the Philippines.  If a “wheel starts to squeak” about poor Internet service in the machinery of government, fiscal “grease” is applied to stop the squeak.

To be fair, I asked PLDT for comment – their “side of the story” – regarding the situation that I and thousands of other subscribers are treated to on a daily basis.  The response that I received from PLDT with regard to all of the above was simply a handful of promises.

I don’t believe these for a minute.

Perhaps, after the elections and the induction of a “new Government,” legislative and executive actions will occur that allows the entry of additional Internet service providers into the marketplace.  Removing the pseudo-monopoly of the SMARTs, GLOBES, etc. and allowing competitors into the fray will stimulate a better product.

[And along with that, “what this country needs is a good five-cent cigar!”]

Its the same with the electricity, pocket the profits and no investment leads to collapse.

Hi John – I agree. Some of the highest rates for utilities in the world matched “peso per minute” in brown outs.

Those brown outs used to be extremely infrequent and far between eight years ago. With passage of time, and wear and tear on a poorly maintained infrastructure, they are now a too frequent occurrence. (Not as bad as some locales, but the “competitive spirit” is moving us closer to being #1!
😆

I have both Smart and Globe internet connections here at the house. I use Huawei B593 routers (one with an external antenna) for the connections. I am able to catch Globe 4G on the external antenna. I use that one for my Magic Jack and general surfing. I use the other one for downloading at night for like you said when Smart actually gets useable. It works out and I spend a little less than 1200php for both connections. I don’t see the red tape going away anytime soon for other companies to come in. If that happened, it would… Read more »

Hi Gary – Up here Globe is still a little “iffy.” Neighbors who switched to Globe complain more about administrative and billing problems, along with connectivity being somewhat better. For us, it’s another example of overburdened bandwidth in the making. (One neighbor says that he can tell when Globe signs on more subscribers up here, simply with a speed test.)
😆

Yea, it’s a continuous battle with no problems addressed to resolve something actually quite simple? It will probably start snowing there 1st !

Hi Patrick – I still have a snow shovel standing by for the fateful day! It’s “like new” – unlike my manure fork that gets regular exercise when I contact customer service.
😆

Paul, Paul, Paul. You are surely not for one minute thinking that PLDT are being untruthful or dare I say it “corrupt”
Never in the Philippines! Hahaha
No problem because the locals cant be bothered complaining

Hi Adam – Shame on me for pointing a finger! All that I observe leads me to believe that the woes of the provinciaños fall on deaf metropolitan ears.
😆

The worst part is that PLDT has a lock on ALL offshore traffic. People who live in an area with a politician who has no problem roughing up PLDT officials who don’t produce decent service get GREAT bandwidth. The rest of the country gets to suck rocks.

Soon PLDT will not gave a monopoly on incoming overseas traffic. Globe is in the process of bringing in a high capacity undersea cable. The entry point will be Davao. They project it will go live by the end of 2016.

Hi Bob – Our major problem here, “a way up north” is network connectivity with major hubs around Manila. My (and PLDT technicians’) troubleshooting trace the problems to our “links with the civilized NCR” – severely overburdened network links that can’t handle the e-traffic.

I fear that until that “backbone” is upgraded and enhanced, any improvements by anyone south of Manila will only be slightly noticeable here. I hope I’m wrong.
😆

Here is an article with the latest status on this project. Just published today. http://www.philstar.com/business/2016/05/04/1579484/globe-track-complete-davao-cable-landing-station

Doug Thompson, I just posted an article link, Doug. Globe is almost done installing a whole new undersea cable that will go from Los Angeles to Hawaii to Guam to Davao to Manado, Indonesia. This is owned completely by Globe and some other partners that do not include PLDT. So, as I said, soon PLDT will NOT own that monopoly. Maybe I was not clear in what I said?

That’s great for Davao, but when it comes to getting Internet to the other islands in the country, PLDT owns all those cables. Look at all of the inter-island cables here: http://www.submarinecablemap.com/

Doug Thompson, I guess that I will try one more time. It will enter the country in Davao, it is not to serve only Davao. Right now all overseas internet traffic enters in Manila, but it comes from Manila to Davao and everywhere else in the Philippines. When the new cable enters Davao, they can and will distribute that additional bandwidth to the rest of the country!

Via cables owned by PLDT.

Bob, I think we are talking perpendicular to one another! I understand the Globe project and I acknowledge that their service is aimed at the entire country. My point is that all of the undersea cables linking the Islands of the Philippines together are owned by PLDT; I have ZERO confidence that they won’t throttle or otherwise jack with Globe’s traffic.

Very diplomatic of you Bob! Lol

Hi Doug – Yes, the old communications dynasty still rules the ether for now. Being an optimist (hard to discern in some of my posts and articles), I’m sure that one of these days – not near future but future nonetheless – an Internet revolution will sweep the islands, resulting in today’s maladies becoming yesterday’s nightmares.
😆

Hi Paul, We are having a really good run with PLDT (touching wood, crossing myself, rubbing my rabbit’s foot and clutching my four-leafed clover!!) who, after a few teething problems, have my unlimited 5 Mbps connection running at around 6 Mbps most times, with just the occasional, short period of around 2 Mbps. I couldn’t be happier. Stark contrast to Globe. In August last year we got a Globe connection. I told the installer that he hadn’t installed the antenna, but he claimed that no antenna was needed. We complained daily about the lack of connection, and when connected, the… Read more »

Hi Dr. – Sometimes the “blinders” snatch mediocrity from the jaws of outstanding success. Throughout the commercial realm of the islands, the inability for decision making on lower levels of the business’ food chain – mostly by design – hampers service to the bill paying customer. One can chuckle at cartoon drawings of a “fat cat” boss calling all of the shots to the point of micro-micro-micro-management, but one still wonders how large any element of truth is.
😆

I was told by a reliable source that you will have fiber optics tomorrow. There is one minor requirement. You must Stop drinking San Miguel.

Hi Rusty – Your source of information wasn’t driving a “Beer na Beer” truck, was he?
😆

No competition and poor customer service will forever keep the Philippines down.

You are so right, PD – Removing the “rice bowl mentality” in other countries (e.g., Singapore, Hong Kong, and now Vietnam) has done wonders for their economies. Time for a little schooling.
😆