Not so very long ago, and not so very far away, there were three penmen issuing their weekly offerings to Live in the Philippines. Each had their own opinions and each had their own individual style of presenting those opinions in a most digestible way. 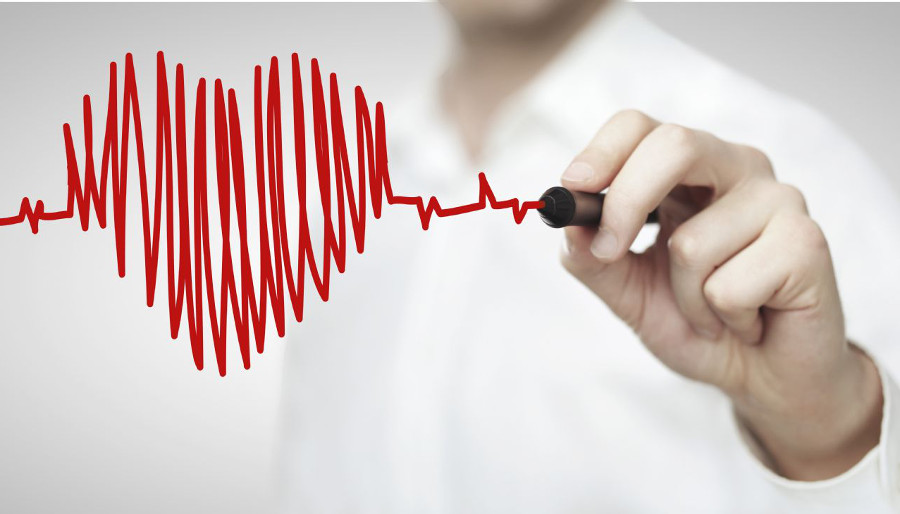 What’s up with Health

Their backgrounds were just as individual as their weekly pronouncements. Even their choices of residence in these wonderful islands were as “different” as one could find. They shared, however, one common trait, excluding their writing for this E-zine.

For lack of ingenuity, let’s call this trio “Two Pauls and a Bob.”

Followers of LiP may have already guessed their identity and the commonality among their individual characteristics. Newcomers to this E-zine, and occasional readers, may need a little more information to go on. Perusing earlier editions, one can read – in two of the three authors’ articles – of that common trait as presented after their self-imposed hiatus from the keyboard. It’s time, now, that number three chimes in.

That trait? Health. To be more accurate, poor health. Nothing as simple or uncomplicated as severe head colds or “the flu.” We’re talking major health issues – potentially “life or death” major health issues – that have afflicted the LiP‘s list of contributors. “One Paul” and “One Bob” revealed their involvement in this “phenomenon.”  It’s time for “Other Paul” to return to print, at least long enough to explain his absence.

(Note: I’m writing this article in segments. So, along with its taking time to get “into print,”  it may seem a little disjointed between segments.)

As you most likely have read over the past month or two, Paul and Bob spent a bit of time in hospitals, receiving “in patient” care.  Their need for such care was immediate. Without it, consequences could have been very bad if not fatal. Thankfully, they’ve made it through the hospitalization phase and are back in their respective homes, where they both are going through their recuperation phase.

On the other hand, hospitalization for the “Other Paul” has yet to reach that crescendo. Over the past couple of months, it’s been “out patient” care for this writer. The care itself is another difference, too. Along with some “repair and cure” procedures that do not require an overnight stay, many hours are expended in “testing and resting.”

Make no mistake about it, “in patient” hospitalization is definitely on the distant horizon for your scribe. Just how distant, however, is an answer that is as illusive as the choice of methodologies that will be employed. You see, there are a few health issues that are currently vying for primary medical attention.

There are a few “major” issues (and a few “minor” issues entwined among the “majors” that are not considered as medically problematic, yet) that are currently vying for primary medical attention.  While issue (A) may be the “Problem du jour” one day, issues (B) and (C) take their turns jumping to the forefront on other days – a real medical three-ring circus.

(A) is currently on the run.  Having gone through a prescribed regimen over the past year, the urologist and I think remission may be at hand.  While many men my age get this malady, most live long lives that are ended by some other issue, or even by “advanced age” itself.

Caught early, (A) is curable.  Care (and testing) must be taken to insure it remains localized and doesn’t spread to other areas of the body.  More testing later this month should provide confirmation that it’s disappeared.  Fingers and toes are crossed in hope.

(B) is slowly progressing toward the ultimate end.  Problems with such small things as balance, memory, and speech have become slightly more noticeable, though medications and therapy are helping keep them most manageable.  Still, other symptoms have made a slight appearance, letting me know that (B) isn’t letting me go and plans to be with me into the future.

An upcoming visit with the neurologist, and his continued testing, will reveal the degree of progress; and will most likely result in an adjustment to health online pharmacy medications and therapy.  Here, too, the fingers and toes are seeking the best.

(C), on the other hand, doesn’t have much silver lining its cloud.  An “AV block” impedes the heart’s electrical system, causing irregular heartbeats at the minimum, and more serious problems such as heart attacks or stoppage at the other end of the scale.  They come in three degrees:  1st – minor; 2nd – partial; and 3rd – complete.

Last year’s diagnosis put me somewhere between 2nd and 3rd.  My first (of many) visits to the cardiologist this year has upped that diagnosis to “most likely 3rd.  More testing is in order, to include more stress tests and more 24-hour monitoring sessions via a Holter Monitor.  To be sure,” in patient” hospitalization and receiving a pacemaker have moved closer from that distant horizon.

WILL YOU BE ALL RIGHT?

Not being one to rue the day or let this stuff get me down, I’ve already purchased the airline tickets for our return, and I wholeheartedly (no pun intended) desire to make the trip.  I’ve also scheduled some “therapeutic” activities for our time back in the islands.

Yep, LiP seems to have a bit of an epidemic going on right now. I hope we all get better soon!

Good luck with your health issues, you will be in my thoughts and prayers.

Thank you, Bob – and I join you in your hopes of total good health for all, authors and readers alike.

Had an “incident” last Sunday, but came through unscathed. The visits to all of the “-ology” clinics continue, and the outlook remains positive.

Make sure you take good care of yourself (and you, too, Paul T, as you read this), and here’s to celebrating our mutual returns to good health.

Hi Paul
Sorry to hear about your health problems and hope they all behave themselves so you can return to the Philippines. Keep doing as the Doctors orders.

Thank you, Marjorie – I’ll follow your instructions (they are strangely similar to those that my wife offers on a daily basis ?). Can’t help but get better, now!

Paul,
Hope all turns out well for you, as same for Bob and Paul T. You guys are always in my prayers. Was enjoying the cooler Ohio weather, now it’s turned hot for a couple of days. We will be going back in Oct also.

Thank you, Randy – I wonder if this cool Ohio weather had something to do with the onset of my problems? ?

Can hardly wait for October to appear!

Sorry to hear you too are ailing. I hope things work out well for you. God bless! I sometimes disagree with you on something, but I think you are a class guy and I enjoy reading your articles!

Thank you, Jay – hopefully I’ll be able to pump out more articles for your pleasure (I’ll try my hardest). I always look forward to your comments – Gee, I agree with everything you say! ? ? ?

Great to read your article. Hope you come back strong again.

Thank you, Rusty – I’m working on regaining strength as best I can. There will probably be a longer time between articles right now, but soon that time will shorten up. ?

Very sorry to read here of your health situation and hope the Ologysts can get you back on the healthy track again. I had been thinking recently that I have not seen an article from you in a while so many thanks keeping us informed. Take care and I hope you can return to PH in October as you have planned.

Thank you, Bob – The “-ologists” are doing their best, and I can feel the slight, positive difference already. Keeping in line with their commands does take a bit of effort on my part – I have a tendency to stray, but they quickly straighten me out, pulling no punches.

With the goal of the October return in my sites, it’s easier to reach the milestones along the way. ?

There does indeed seem an epidemic of bad health in the LIP writers group. If I may add a non writer but longtime reader to the group, I was diagnosed 5 months ago with liver or bile duct cancer. I, even though I am 73, was taken by complete surprise as I felt in perfect health, had no history of cancer in my family, have never smoked and am basically a non drinker. I also have been a daily jogger for most of my life. I just finished a round of chemo and will start round two next Monday. As… Read more »

Thank you, Richard – We’ll keep you in our prayers and thoughts. You are so very correct about health and not taking it for granted

Shipmate; Problems with such small things as balance, memory, and speech; these three things have affected me since my hospital discharge in May, the memory has improved (As much as any 69 year old’s memory could improve) I stopped driving (Self imposed ban) due to the balance issues, and now will not go out without my fancy walking stick and a firm grip on all stair handrails. Paul you remember what the Navy taught us: One hand for you, the other hand for the ship.” (Or never carry anything on a ladder using two hands) and the tonal quality of… Read more »

Thank you, Paul, for your sage advice and memories. Good to hear your medical reports are promising, with only one more trip under the knife being needed. Perhaps we can meet up after I return – if you’re up to it – so that you can receive a belated birthday free drink to celebrate 69. 😉

Have accomplished the mission, Loren! I feel better and better each day – I’m either on the path to complete recovery, or to the looney bin for thinking I’m well when I’m not. 😆