You’ve Got Mail! Is it Spam or a Scam? 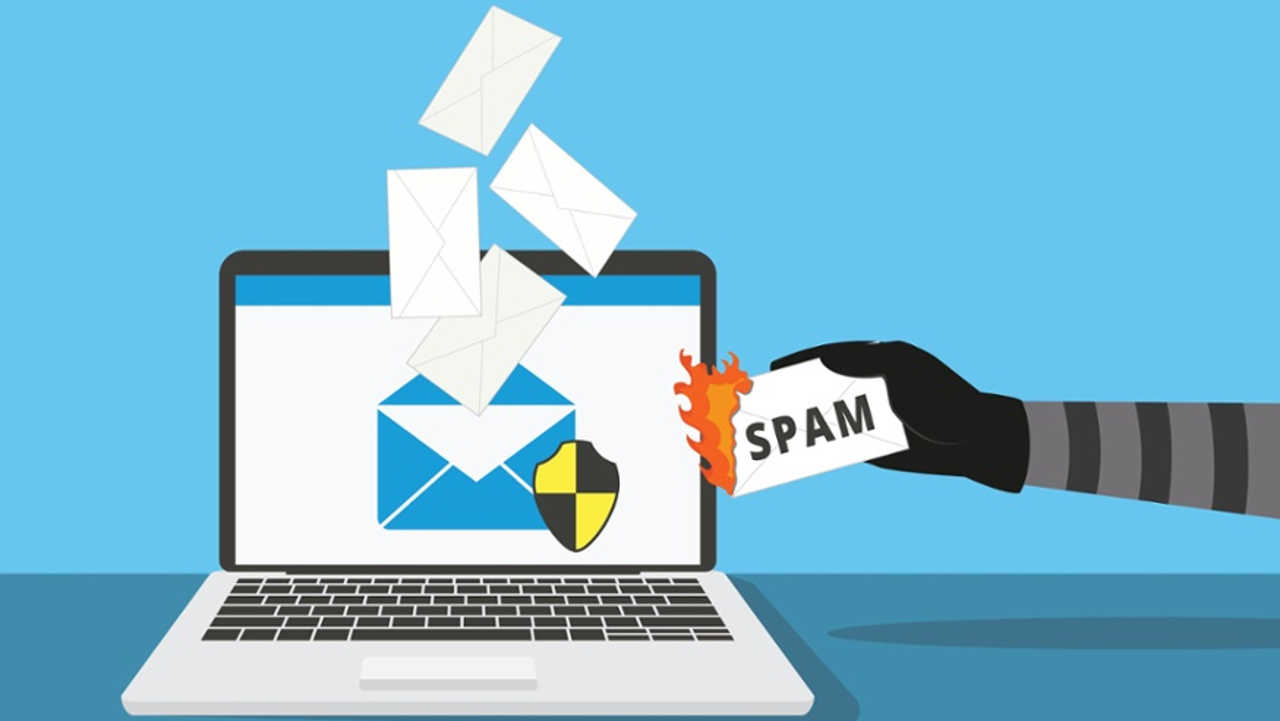 Is it a Scam or Spam?

So much of our email is scam or spam. Dealing with unsolicited or junk mail is something we’ve all done for years.

Time was this was mostly unwanted mailings landing on our front porch, and in the days before recycling was fashionable, they usually went straight into the bin, providing nothing of value to the addressee, and contributing to the unnecessary death of thousands of trees. Then, with the advent and growth of email in the 70’s and 80’s, junk mail took on a whole new dimension.

But it didn’t stop there

Thanks to the rapid evolution of social media, all manner of unsolicited garbage now comes our way on a daily basis. Much of it is either scam or spam. Oh yes, we could avoid this by not using Facebook or Twitter or whatever (I have one family member who still steadfastly refuses to subscribe to any), but I gave in to the temptation years ago, out of curiosity originally.

Now, I don’t use it much, but enough to realize that if you use social media platforms, it’s virtually impossible to avoid the junk. No matter what filters might be there to protect you, trash will always find a way through, particularly when well-meaning friends and family send you helpful tips, pics, links and video clips, to brighten your day and enhance your lifestyle.

So what’s the problem?

We have that helpful trashcan icon where we can still consign our unwanted e-trash at the click of a mouse. And I do that a lot. But once in a while something catches my eye and makes me think twice, and that happened to me recently when a Filipino ex-colleague of mine sent me an attachment on FB Messenger, with the tag-line “Please watch. Very very important to know about this as u watch this video. I strongly suggest this video. Thank you..share it”. Remember, if you share it you are then spreading scam or spam.

Now, Ray was a trusted colleague of mine for several years when we worked in Saudi Arabia, and I couldn’t imagine him sending me anything ‘dodgy’. The blurry opening screen looked innocuous enough, but I still hesitated before finally playing the video. But I’m glad I watched it because it turned out to be a reincarnation of a bogus medical claim that has been around for decades, an old ‘snake-oil’ sales pitch dressed up for the internet. Why does this matter? I’ll try and explain.

I’ve worked in healthcare all my professional life, so anything medically related tends to be of interest to me, and in this instance, the subject matter was personal too. I suspect it will also resonate with most people who read this.

The subject was cancer.

Who hasn’t been affected either directly or indirectly by this most dreadful disease? And cancer phobia is a real and widespread phenomenon. (Studies have shown that cancer is the most feared disease in the US at 41%). This is why bogus claims relating to the treatment of cancer are particularly insidious, as they play on people’s innermost fears and insecurities. Do you really want to spread scam or spam to people fighting health problems? Whether is it scam or spam, sick people don’t have time to deal with it!

Viral scams on social media exploit lack of knowledge, prey on the gullible, and seek out superstition. Some are just mischievous and relatively harmless, others downright misleading. A good example would be the recent ‘plastic coating on romaine lettuce’ video that went viral, and which possibly lead to people throwing away perfectly good salad for fear of ingesting plastic. (If you want to eat plastic, fresh fish is possibly a good source nowadays!).  At the other end of the spectrum you have potentially harmful junk, and as deceptive cons go, the one Ray sent me is a doozy.

This particular scam is based on the claim that cancer is not actually a disease, but is rather a deficiency of Vitamin B17, which can be treated with nutritional supplements. Mmm. Vitamin B17. Where have you heard of that before? Well unless you’ve already experienced this scam, you haven’t. Why? Because there is no such thing. Vitamin B17 does not exist. This is quackery at its worst. It is based on the false premise that toxic extracts from apricot seeds (which can cause cyanide poisoning to humans in relatively small amounts) can be synthesized into a safer compound – Vitamin B17 – which is “nature’s way of curing cancer”. Over the years, several studies have been made of these claims and none have been substantiated.

To make matters worse, the video and literature actively encourage people to abandon formal methods of cancer treatment. Modern cancer treatments may not yet be perfected, but the progress made by the scientific community to date has been colossal, leading to increased life expectancy and improved quality of life in many cases. To encourage people to abandon the evidence-based practice in favor of some crackpot idea is, at best irresponsible.

And of course, there is always an ulterior motive. Money. Even though the B17 myth has been firmly debunked, a book by G. Edward Griffith promoting the scam is still widely available. Despite the fact that Griffith has no medical training, and contends that discrediting B17 is politically motivated, his book is still available on Amazon for $20 a throw ($35 in hardback!).

Now, I’m not suggesting that all alternative medicine should be disparaged. Tales of little old spinster ladies in Victorian times sipping foxglove tea to cure ‘heart flutters’ were common at the beginning of the 20th century. It turned out that foxgloves (Digitalis purpurea) were the origin of Digoxin, a cornerstone of modern cardiac medicine. Having said that, please don’t try making tea from foxgloves – they are highly poisonous, and I fear some of those palpitating old ladies may have experienced an early demise!! Fortunately, the scientific community research naturally occurring products all the time, but remedies from such constituents can only be achieved after a painstaking study and lengthy clinical trials.

As for the original message from my friend Ray, for once I didn’t just drag and drop it into the e-bin. I replied to him with some of the information I’ve given here and suggested he sends it on to anyone on his original circulation list. He was very happy. Sadly there’s no way to completely stop these myths from perpetuating, but perhaps by calling them out when we can, we can help limit the damage. And just maybe one day prevent someone from giving up chemo in favor of apricot pits.

For anyone who would like to read more, there is a wealth of information on the web regarding the vitamin B17 myth. But why do all the work? Snopes has prepared an excellent summary!

I also worked in health care until retiring 2 months ago. I discovered i had kidney cancer approximately 6 years ago. I also turned to the internet but not to the latest vudu medicine but to find the highest rated hospital specializing in my type of cancer. Thank God for the internet! Two things i will pass along, do not go to your local Podunk hospital (other then diagnose) nor the latest natural cure. Use your brain, find the best hospital specializing in your illness that you can, then put yourself in their hands. For me, it was Mayo Clinic,… Read more »

Thanks for your input Art. That must have been a terrifying ordeal. My father had lung cancer in his early forties and was successfully treated with surgery, then 14 years later he died from unrelated bladder cancer. So I do tend to have a heightened awareness and sensitivity whenever a health challenge comes along. Don’t think I’m cancer-phobic per se, but it does cross my mind sometimes. So glad you had such a positive outcome. Your experience really emphasizes the importance of seeking appropriate care. Experimenting with herbal remedies and the like when you have a common cold is one… Read more »

Peter; The best scam was from that Nigerian Prince who lives to send us money. Wouldn’t it be funny if he existed and really wanted to give away his money? I received an e-mail from a friend I sailed with, he was robbed in Europe and had no way to get back home unless I called all his shipmates and gathered up the money.Before I did that I called him and invited him over for a beer to laugh about it. He also Lives in Olongapo City and drove over (Free Beer) He wondered where in Europe he was and… Read more »

They’ll try anything eh?! I’ve been tempted in the past to string such tricksters along for the hell of it, but always back off. Even confirming your email address by replying can be risky. However, if you do ever come across that genuine Nigerian Prince, don’t forget to mention my name….:))

My wife had brain cancer. We tried every option including B17 because traditional chemo didn’t work. Of course B17 didn’t help too…

Sorry I missed your comment earlier Andrei, and sorry also that your wife had brain cancer. I lost my father to cancer in 1974 when he was only 54, and the loss seemed unbearable at the time. He had chemo and radiation all to no avail. I think that treatments have progressed massively since then, but of course, they don’t always work out as one would hope.
Take care. 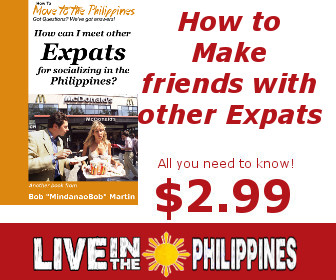