Change is Still Upon Us! (THREE)

Friday 13 October (My Navy’s Birthday) I was off to Taft Avenue in “MANILA” and the reason was omitted but I called to get the information, and spoke to Ester and asked if the nice folks in Houston TX. Had an idea that the Philippines was an archipelago made up of 7,107 islands (At high tide) and it is a medium archipelago compared to others in the world. And did they know the travel required between islands, is by boat and ferry and sometimes by air? It is not like driving from Houston to Dallas, on a huge multi-lane superhighway.

Ester nodded (I couldn’t see it in the pause that gave the nod away) But I understand the difficulty they must have been so far from the Philippines. One would wonder if there is any Filipino’s working there that could help in the geographic knowledge while scheduling appointments.

So at 0800, we started on the Yellow Brick Road to “Mega Manila” the traffic on this Friday the 13th was bumper to bumper and 6.5 hours later we were still in a traffic jam, and late for my 1330 appointment on Taft Avenue. I phoned and informed the doctor about the rain and the traffic. Streets were flooding, sewers backing up, Oh what a joyful time to be in the National Capital Region. The doctor said if I could get there by 1500 she would see me. I called the office in Houston Texas and told them that I was trying to buy a banka-boat to get to the Doctors office on time! Within minutes the Doctor called me to inform us she would wait until I was able to get there. Oh, the power of the US Dollar!

BTW the appointment took 30 minutes, involving nothing but questions that I could answer on the phone. But mine is not to reason why….. 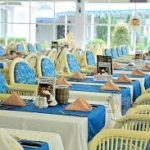 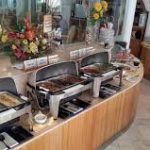 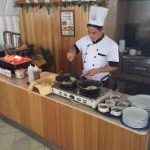 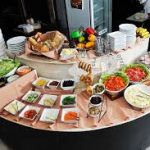 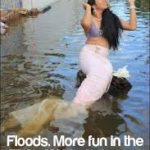 Manila is a very damp area 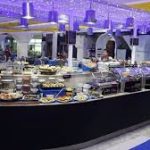 Everything was done, now on the way to eat, we were going to try that Outback Steakhouse again, but we were on the wrong side of town, plus the traffic was so bad and they don’t serve breakfast. My daughter looked at me and asked if we could have supper at the Clarkton Hotel in Angeles City which has the best buffet on the Island of Luzon. (NOTE: I STATED LUZON not where you live, as I know yours is so much better!) (LOL)

The Buffet is costing six hundred pesos per person, with hundreds of things to eat and as much as you want. (Your area has a much better buffet and is much cheaper and we know it!) Our group consisted of our driver (Ricky), my Son-in-law Chris, my daughter YoHanna, and my granddaughter Heather Colleen plus Mayang and me. It was worth every centavo, and of course I’ve been there many times in the past, and will again in the future.

Now here is a funny fact, The Clarkton Hotel back in the 1980’s was a certified dump, it rented rooms by the hour and if you used the pool, you need shots to fight malaria. But it was bought out, and gutted and renovated to make it a family destination. A 1,000% improvement.

So was it a waste of my time? After the meal I had, I know Houston will send me back to Manila again and right along with that sharp stick in my eye, But I will find away to make the trip fun, and I’d gladly do it again and again as long as my granddaughter seems happy to make the trip with me, but then, she loves the shopping too! Spoiling her is my job!

I’m still trying to remember where the Clarkton was? I was stationed at Clark from ’85 – ’89
OB

Clarence;
I can’t imagine if stationed at Clark you would have any reason to go there, as I said back then it was a dive, no food and rooms by the hour. But it is halfway between the Friendship Gate and the main gate, or the right of course. But it has had a total renovation and its family friendly.

Ohhh to drive in Manila! I had to go to the main immigration office a few times. The office is far away no matter which direction you come from. Horrible. And after that drive, McDonalds, or any eats is the best buffet restaurant!

gc165
Seating has never been a problem, and never a line I think that is because they start at 1400 (Like a late lunch) and close around 2300. I was there the 25th of November on Saturday night and plenty of room and food. MacDo is only for breakfast with me. Plus I would allow a large man to thrash me about prior to driving in Manila. And I learned to drive in Boston. (LOL).

You enjoy life to the fullest possible and take every opportunity to do what will give you pleasure at that time and help negate whatever other circumstances brought you to that point … what a PERFECT role model … I am way way behind you on that (I still analyse and compare everything re cost) but this posting (the Clarkson Hotel bit) has gone into my brain and IS definitely going to help me catch up (a little). Keep posting your positive outlook on life – you don’t fully know how valuable it is to people like me who want… Read more »

Mike; I’m not sure emulation of me is the wisest thing to do, as I am a flawed human being. My saving grace is my ability to grasp the good out of each situation. My ship was on station waiting for the US Navy to come by and take on fuel from us. My station was on the bridge and our ships master was becoming angry over the delays atop of delays. The master is normally a nice guy and unflappable. We had manned the stations at 1600, and now it was 1900 and the entire crew was on overtime… Read more »