During my career in the US Navy I had one tour of duty that did not involve being physically on a Naval Station, Even the ship’s I was on were always tied up at a Naval Station. It is also correct if you say Naval Base. But the tour I had was on Brevard Avenue at the old post office in Coco, Florida. At the end of the Brevard Avenue was a bridge and if you crossed it you were in Coco Beach Florida. When I got there I was a young freshly minted Chief Petty Officer who couldn’t even spell Navy Recruiter and then I are one!

Behind us was the New Post Office which replaced the building that we were in and since it was built at the turn of the 20th Century no one wanted to tear the building down. Also in the building was the FBI office, plus the Marines, Army and Air Force recruiters. We never found the Coast Guard recruiter, but then they had that six foot height requirement, incase their boat sank they could walk ashore! (The Navy and the USCG have been joking with each other for years.)

Of course the Navy and Marine recruiters were joined at the hip, and my Best friend was Gunny Wolf (I don’t think he had a civilian first name) Sergeant Kirkland was the Army recruiter, and we started off on the wrong foot, until I found out he married a former Navy Brat, whose daddy was my Senior Chief on the USS L.Y. Spear (AS-36)

One day she was entering the post office and I was leaving and I shouted; ‘Laura, where in the world is my old shipmate Max Oswald?” Hugs and laughing and then she told me she was there to go to lunch with her husband the Army recruiter. I said,” But Laura; he is mean to me, and he got to marry you?” The three of us went to lunch, and then they took me to Max’s house where a reunion commenced. Pete Kirkland and I were buddies after that. And Max was shocked that I was still in the Navy and had made Chief.

Sometimes you must depart the Naval Station 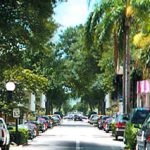 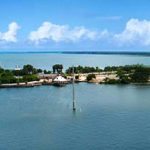 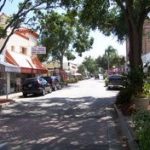 If you must be stationed somewhere, why not here 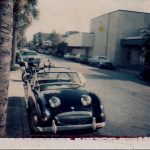 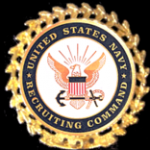 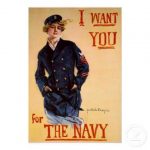 In the same building was the Air Force Recruiter, they hated it there because across the street was the Greyhound Bus Terminal and people confused their uniforms. They were standoffish and didn’t hang around with the rest of us, and I felt bad for them, because those 3 FBI guys were a hoot and we partied with them all the time. BTW Pete Kirkland our new Army buddy (Because of me) was allowed by his wife to play with the “Big Boys” within reason!

Okay that was my only time not being on a Naval Station, and what the hell does that have to do with the price of eggs in Mindanao? 72 PNP per dozen according to Sir Bob!

Okay I’ll tell you, if you read my past missives they were about operations, Doctors appointments and other very dull stuff. I’ll give you a little background. March 17th I was admitted to the hospital and was MIA from LiP for 2.5 months, I’ve been on the mend at home for the last 3 months, oblivious to the world around me and learning new things (not really new just stuff I’d forgot). I removed my shirt for the doctor, as he poked and prodded my stomach region, there was a mirror there and for the first time in 5.5 months I noticed that I was missing my navel, it was absent without Leave, down the road, out the door and for a fact not there! How had this salient fact gone unnoticed by me? I damn sure can’t blame it on the beer or rum. Nor could I have used the old Navy excuse that has saved me countless times; “If I don’t remember it, it didn’t happen!”

Now once again I\m sans a “Navel Station” (Spell check is going bonkers) I have no belly button, was I not born of mortal woman? Did lightning strike a ship’s mast and I just appeared? “Hey Doc, do I get it back after the next operation? I asked.

He smiled and said; No Paul, it has gone the way of the duck, south for the winter! And no I won’t post a picture if it, because there ain’t one! “So Forget about it!’

It is gone, but after 69 years I won’t “Forget about it” at all. Plus I need that beer, more than ever now!

Seems pretty quiet in here! What happened to the comments, Paul? 🙂

Mr. Paul T. I am glad you didn’t start this with , “this is no shit”. 🙂 Good write up, another good reading. (that is no shit) Cheers.

Jose;
I guess I could have it was a Navy story after all. (lol)

My belly button isn’t the same since my gallbladder surgery, but i do have one lol. They tried to make me a recruiter back in 1984, but i decided i needed a change of scenery and got discharged. Won’t be long for your surgery and the return of SMB. Hoping all goes well.

Hi Paul, talking about the belly button, I have more than one. Both provided access to food, one from Good ole Mom, and one from my cancer doctors! They kept me alive at crucial times, and have allowed me to enjoy the good things in life, namely eating. I too was a Navy Recruiter (Reserves). I believe they are combined now. It may seem strange but I enjoyed being one, as I look back I wouldn’t changed anything! The belly buttons, or the lack of, makes an excellent converstaton peice during a day at the beach. Take care, it is… Read more »

Douglas; Two!!! That is much better than none when it comes to belly buttons, and if it kept you on the planet and enjoying the good things then it is a good thing. It has been so long and so many changes in the Navy that combining the recruiters makes sense. Just before I retired the Chief of Naval Personnel was in Puerto Rico and held a meeting with all CPO’s at the Chief’s Club. Do you see the potential for danger there? He opened the floor, and I was the first to raise my hand and asked if the… Read more »

Hi PapaDuck;
I don’t miss my navel I was just shocked at how long it took me to notice the darn thing was gone! And I’m glad you still have yours. This Friday I get the schedule of my operation.
Recruiting was the easiest job I ever had, and fun too!. You should have tried it just for fun.

Hey Paul! I’m always happy to read about your time in the military, infact I’m a huge military history buff and I always love to hear/read about it straight from its source. Once again with a minimum of 500 words, I read your story in the house latrine and pissed off my roomies for doing so as they hear butt trumpets and laughter, whilst they wish to do their business hehe. Oh and let’s not forget about the circular stapler! omg, I’m wondering if they gave it to you when you were out of the hospital… Anyhow, God bless and… Read more »

UpawPhil;
As a civilian I also served on more (USNS) US Naval Ship then active duty USS (United States Ship) The USNS paid five times more but the USS was far and above more fun. I( found out that the stapler is single use and I really never want to see it again. (LOL)

Hey Paul, I got a Balikbayan Box in today and it has a Boston Red Sox Shirt in it that says Large but is more like a Med. Send me a addr and I will send it off to you LBC You are the only other Sox Fan I know. Go Sox!

Neal;
First thank you, my classmates knew I was going to Fenway when I was on the downtown platform at Fields Corner Station in Dorchester, but I would wave to them. I would love that shirt! I’ll send my address by e-mail.

Remember Zumwalt and what we called the Z-grams, we were a funny, scruffy looking crew back then! When I retired in 2001 they were changing the uniforms again, I refused the change, in other words I didn’t update. I guess that must have stayed with me, I am still using windows 7. Have a good Navy day! Just thinking of my first day onboard an old Diesel Submarine, I was in the forward Torpedo Room, listening to sea stories at about 2200 hours, when the OOD (2nd Lt) arrives and asks, What are you guys doing? Shooting the shit he… Read more »

Oh my! 1st Lt, it was a LTJG, his name was V.D. Lynch, don’t think we didn’t have with that name. I’ve been retired to long.

Douglas;
What I found hard to believe was that anyone would bother to remember a Junior Officers name (LOL)

Douglas; Good old Bud Zumwalt the sailor’s friend. The week before one Z-gram the XO of my ship found me in civilian clothes on the streets Of Palma Spain. Bud saved me on that one. My BFF CSC (SS) Charlie had a tattoo on his forearm that said DBF, I served on a sub tender (USS LY Spears) I am a plank owner. My first ship, it was a rainy gloomy day and I came down the pier to find a squat dumpy fleet oiler that had its keel laid in 1937 when it was named the ESSO Albany until… Read more »