It is not really about the Philippines 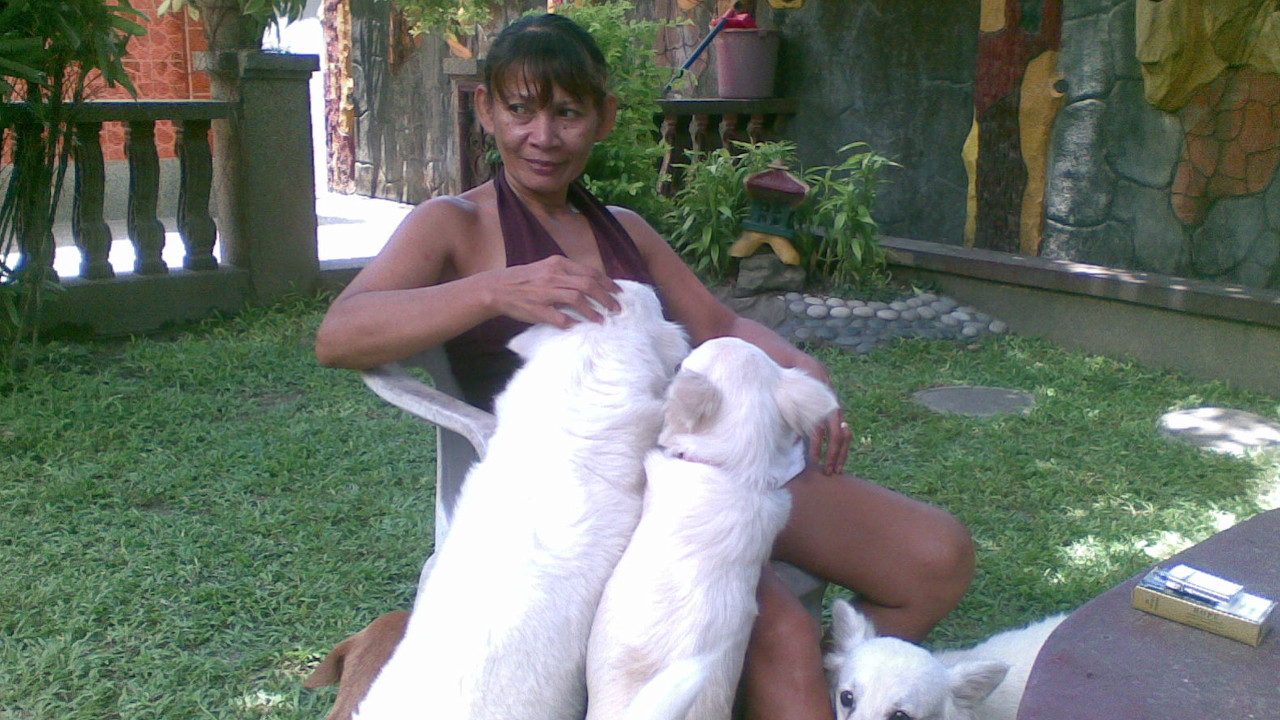 And married once again.

But it is about one of the reasons I moved to the Philippines.

After Hurricane Hugo requested I leave the Caribbean in 1989 I was living in Treasure Island Florida working as a manager at the ABC Liquor store and bar.

As a single man and have been since 1970 when I received my most treasured item of my life, “My Divorce Papers.”

While in Florida I was dating an attractive lady who was transplanted from Buffalo NY my life was passing and I was comfortable and having fun, but I was not living the way I had planned to.

I was living a normal life and becoming used to it. 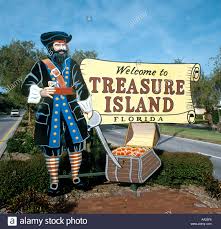 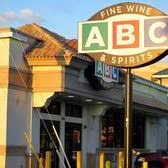 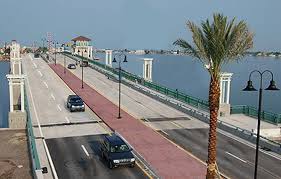 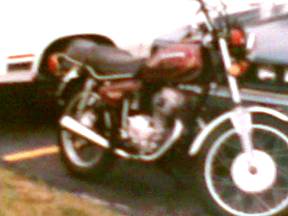 When I first got to the states I needed transportation I first bought a Honda motorcycle for $350.00 To pay his fine) plus $125.00 to the Police impound yard. because the guy that owned it was arrested  for a DUI

Next the 1993 Ford Torino I bought from a lady who had it sitting in her garage for 15 years with four flat tires and it was puke green so I painted it, I was all in it for $750.00 I love second-hand transport.

So I invited the lady on a cruise to the Bahamas out of Fort Lauderdale Florida. We drove down there from Saint Petersburg. My first indicator that this was a mistake was when she asked: “Paul, could we stop and buy some Pepsi Cola?”  Of course, we can, assuming she passed the Pepsi Cola test whereas I had failed and picked Coke. But while I was in the store I picked up a 12 pack of Pepsi in the cans. Plus twenty of the 50 millimeters (Airplane size) Captain Morgan Rum bottles. My logic was if they don’t carry Pepsi it would be a calamity if they didn’t have my Rum.

My second indicator was when she asked me if I’d be drinking during the cruise? Thinking that I paid for, and invited her on the cruise, I said; “Lady you met me in a bar at midnight on a Saturday night. Did you think I was there passing the time waiting until Mass started at the Catholic Church in the morning?” I’ve lived for 10 years in the Caribbean where they make Rum and I owned two beach bars. So that would be a yes and remember I am still unmarried.

The third indicator was, I was on deck talking to some people when she came up and asked me if I took a can of “her” Pepsi. (Remember who paid for the Pepsi?). I said I did as I mixed a drink in the stateroom and found that my Rum is okay with Pepsi. Albeit in the history of the world, no one ever went to a beach bar and ordered Rum & Pepsi. I smiled and had a Popeye moment. Which is: That’s all I can stand, and I won’t stand no more! 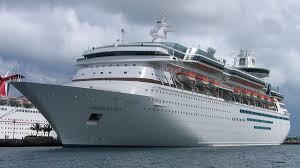 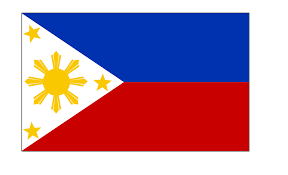 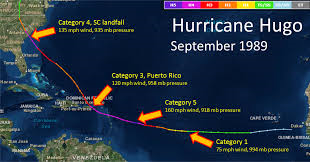 I went to the Ship’s purser and was lucky enough to book another stateroom, far far away from the old one. (Well worth the price) I explained to her that she was on her own until the ship moored in Fort Lauderdale where I would drive her back to her domicile in Saint Petersburg, and never call her again. A most silent trip, but I did have to say shush very often.

That BTW was the last American woman I ever dated oh there were some I’d spend the night with, but they could leave nothing at my apartment..

Shortly after that my general manager handed me a two-year employment tie tack. I put in my notice and left to sail in Asia again as a merchant seaman.

Now that lady I took to the Bahamas, I’ll never be able to properly thank her. She was not the only reason, but she was three of them. Then in 1993 I came back to the Philippines and stayed… Living that life I had planned for myself.

Ah, rum and Pepsi — with ice — at Texas Joe’s. Looking forward to it. And the tradition started way back in the olden days by you pilfering the “lady’s” soft drink?

Gil
Got the idea from me!

Paul, the Ford Torino looked like it had a leaking radiator in the picture, and the hood ornament was missing, unless you had it removed when you had it repainted from it’s original “puke green”. What is “puke’ green, btw. LOL Were you trying to customize the Torino by removing chrome from the hood and trunk? The king of custom cars, George Barris, of Del Monte Boulevard, Monterey, California, will tell you that this basic customizing process is called, “nosed and decked”. Funny, you didn’t remove the chrome door handle as well, nor did you chop the top, and cut… Read more »

John; At the time I was selling new Dodge cars in Saint Pete Fl. (Before booze) The lady asked me how to sell a car, I went (During working hours) to see the car. Puke green is puke green, as is Baby shit yellow is another color.(LOL) If you ever worked in a government building those colors were present. The car was the standard basic model and the way you see it is the way I bought it vice the color change. (Lincolns are longer and wider.) The Grand Torino had more chrome than my model. But for the price… Read more »

John; At the time I was selling new Dodge cars in Saint Pete Fl. (Before booze) The lady asked me how to sell a car, I went (During working hours) to see the car. Puke green is puke green, as is Baby shit yellow is another color.(LOL) If you ever worked in a government building those colors were present. The car was the standard basic model and the way you see it is the way I bought it vice the color change. (Lincolns are longer and wider.) The Grand Torino had more chrome than my model. But for the price… Read more »

If you can still remember while you were in PR some Cubano expats will not say “Cuba Libre” when they order that drink but instead would say, ” dame una mentira” …give me a lie.. ( because Cuba is not a free country)?

Jose;
In my time in Puerto Rico only tourists ordered Cuba Libre, they thought they were Ernest Hemingway. (lol)

“Living the life I had planned for myself. ”

Paul, you hit the heart of it right there. Of course many are not as fortunate, or well prepared. But that is what I am doing also. I knew what I wanted to do all along. I just didn’t know when, or where, or how, and sometimes even whether or not it was possible. But here we are. It just so happened to be this wonderful place we now call home.

Pete: When I learned about the equator, coconut trees and bananas that grew wild instead of on a rack at a produce store I knew then that would be part of my life. The 10 years in the Caribbean was my test run. Then my return to the Philippines (Like Dug-Out-Doug sewed it up. The America I grew up with is now long gone with the greatest generation passing at an alarming rate, I don’t want to be there for the crash of cultures. I have memories a better time and journalists that we could trust. It will never return.… Read more »

Paul,
You are right, the America we grew up with is disappearing fast, which is sad. Our history, culture and Constitution will be changed forever. Before your ashes go into Subic Bay you still have many more years to enjoy life on dry land.

Papaduck;
As many years as I possibility can, I like sitting on the edge of Subic Bay for now. (lol)

How inspirational!!! Thank you “Max” for sharing. I feel warm in my heart, your writing made me laugh and currently tears flow as well. Impressive!!! I look forward to much more!!!!

Sheylee;
A quick question: Who is MAX?

Must be in reference to your “MAX” generosity for inviting the lady on the Bahamas cruise and buying a whole 12 pack of the Pepsi Cola. Just hope the drive from St. Pete was in the “puke green” T-Bird !! It appears the lady who accepted the cruise offer just just wasn’t very appreciative, nor experienced with the soothing affects the rum would bring. And you left the purser to deal with her all by himself…excellent planning and expedited tactical relocation on your part LOL !!.

John;
You could be right…But then maybe not. How many Pepsis would you drink on a four day cruise? (LOL)

“Thank you “Max” for sharing. I feel warm in my heart, your writing made me laugh and currently tears flow as well.” – Shaylee Gold

Paul – your writing does make people laugh, and you made Shaylee laugh. Because your writing makes her laugh, she may be seeing a resemblance of your writing style to “Max Comics”, an imprint of Marvel Comics. Also, note that she addressed you as “Max” in quotes, just as some people would address a somewhat pedantic individual, “professor”, but in a good way. Just an opinion, probably way off base. LOL

John;
I’ll freely admit that I have no idea what you are trying to say and Max is still an unknown quantity to me.
Except It’s as clear as mud, but I guess covers the ground..
BTW I have a large white Lab named Max, short for Maximum because of his girth. Are we confused yet? (LOL)

Try this, Paul. Break off the entire comment into two paragraphs, and start the second paragraph after “Shaylee Gold”. Now read it again and see if that helps.

I posted the comment in two paragraphs. I have no idea why it appeared as only one paragraph.