Money, Money everywhere, and not one Centavo to Spent

Blahdity, blah blah, how much money do you need to live in the Philippines and how much reserve do you need in savings? I have seen this subject written about on the internet ad nauseum. And I cannot answer this question for you, because “I’m Not You!”

You will need as much money as “You” need for a lifestyle that you can afford. I didn’t say want, I said to afford. Nothing more, nothing less and that amount will be different than my amount and every other foreigner you bump into as you wander up and down this archipelago.
Each person will require a different amount to live here. There is no amount set in stone.

I’m going to tell you a sad story about a young Australian man with his Filipina wife and three young kids. One a toddler but two tikes, elementary school age

His wife’s family provided them a house across the National Highway about a half mile from my house. (Yes, I’m still not metric, and won’t change at this late stage of life.) It is a pleasant house suitable for his family in a good neighborhood. He bought a water purification business with two delivery Trikes and started monitoring the one Trike that was delivering water thus cutting his delivery fleet by one half. 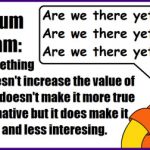 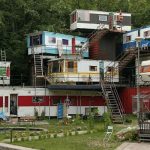 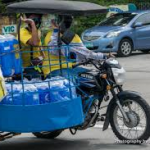 What type house do you want

The Mineral water, which is needed, as city water is really “City Water” and mineral water is required for drinking and cooking. (And making good Ice Candy) I met the young man after he bought out the man from whom Mayang purchased water for years. We had a beer, yakked a bit and all was fine for a few months.

He dropped by a few months later and told Mayang the price was going from P 50.00 per five gallons (Yes, I realize it is much cheaper where you live) to P 75.00 per bottle. I was fat dumb and happy, and I’m never involved in the running of my wife’s house until I talked with the gentleman again. (One more beer involved)

“Paul “: may I ask why you dropped my water service? I had no answer and told him I get back to him. I asked Mayang why we switched, and she responded, nobody would pay that much for his water when two other company still sells it for P 50.00 Na Lang!

I now had the answer, and told him the reason, over another beer as he explained why he had to jump up the price.

He had spent all his seed money on the business and wasn’t making enough money to live on. His two older children were miserable because they were in the local school and spoke no Tagalog. He told me that was his fault as he did not allow his wife to teach them Tagalog while in Australia where it was English Na Lang. (Oh I mean only) He was now trying to sell the business to buy tickets home.

He sold it at a loss and borrowed money from his friends and family to get back down under.

What mistakes did he make? His business would have supported a Filipino family very well on the same money he made, but he wanted (Plus his wife and kids) all the perks they had in his home country. A very nice guy and not a bad word will I say about him, as he and you both know where he went wrong.

In the time I’ve lived here, I’ve seen many similar stories about good folks, who realized a dream is just not a very good plan

Helmuth von Moltke (No idea who the hell he is) wrote in 1880, “No plan of operations reaches with any certainty beyond the first encounter with the enemy’s main force or “No plan survives first contact with the enemy?” And with Dreams, a lot less…
(Most think it was Sun Tzu; “The Art of War”, who wrote that quote)

And for many valid reasons of their own, the couple decided to take that long trip to the airport and say goodbye. Sadly, with dashed dreams and a bad taste in their mouth about the Philippines. Even though it was not the Philippines’s fault at all, If I broke my leg in Brazil, is it the fault of Brazil?

So how much monthly and reserve money in the bank do you need? Damned, I still don’t know, but I know how much, I need to live my life in the manner I desire. That is the only true answer I have and would not presume to lecture you on what I think you will need, because you are a grown ass person. How rude would that be for a stranger to decide something like that for you?

Paul: Yours is the first thing I read this morning even before the Yahoo “News” or my email. Always great to read your stories and you are spot on. Future Philippines Expats (FPE’s) you need a budget and then you need to stick to it and you need to talk and teach your Filipina wife about what your resources are. Common Sense is the same in The Philippines, The US and Tierra del Fuego and y’all can be stupid anywhere. Thanks Paul, Rob

Rob;
I’ve always been amazed at the gall of someone preaching how much one will need to live by stating some amount they picked out of the air. My point was that is up to each person to decide.. My wife is tasked with tempering my spending as I always had enough when working and planned for retirement. BTW I’ have been to Tierra del Fuego, my ship spent 4 days Isla Grande. Damn it was nice but cold.,

If it was 20 years ago, I could understand someone making a serious financial mistake concerning a move to the Philippines. These days however, there is so much more information/data available on the internet that this type of story really shouldn’t be happening anymore. This site and many youtube channels are free. There really are no good excuses to be ignorant regarding Philippine expat life. It sounds like the Australian man realizes he messed up and is accepting responsibility. For that he has my respect. Others often look to assign blame elsewhere.

Mike; I was visiting in Florida from Puerto Rico when I had to fly to California to be hired by MSC and crew Pacific Fleet supply ships for the US Navy. California wanted me to pay state taxes, on the way to a couples of months’ vacation, I stopped to visit friends in Olongapo City. While there I rented a room from a friend (Never stayed there) but now had an address, applied for a 13G visa and had information to show CA that I didn’t live there. I was earning over six figures plus a SCPO retirement check and… Read more »

Ha, you always had plenty of money because the beer and rum was so cheap! Good to see you still writing Paul.

Paul, thank you for the great article. It is full of great advice. And as a new guy here in Ormoc I am trying to learn as much as I can! I just wrote this out in response to the renting article, but feel it works well here as the information is very current lol. I am renting a house right now in Ormoc City. It is in Linao which is like an 8 minute scooter ride or 12 minute tricycle ride from the city. We just started renting about 2 weeks ago. The place is nice, it has a… Read more »

Sean: Rent or buy/build? If you are just passing through or just starting than I say rent, until YOU are ready to make a change. I knew I was staying, and did rent for a couple of years. But out of concern for my wife who would need a place to live if I passed on, I gave her a house that is her own, and that fulfilled her life. But like money and the amount needed, I still strongly feel that decision can only be yours, as to how you want to live. Go to a hardware store and… Read more »

Good advice, Mr. Paul T. One can live in Old San Juan or in Ceiba; you can be an active duty E-8 in the Armed Forces or a retired DOD employee with the grade of GS-13 but it is up to you how you want to live and what style of life you have chosen to live. Salute to you there in DinBat, R.O.P.

Jose;
If it wasn’t for that damn hurricane Hugo I would have stayed in Playa Luquillo. But fate will step in and make changes for you. With me it worked out just fine. I love living in both places.

i live in philippines since 1989 , and i learn that the best business in Philippines is NO BUSINESS .
You cant make anything in philippines couse they are jealous and charge you many small thinks that in the end will end your profit.
The only think you can do here is online work.

I made a living in the Philippines for 2 decades, so it can be done.

Hi Paul
Not sure if this is the place/or person to ask but here goes. My Filipina wife and I will be retiring to the Philippines in the next two years. She has the land already so we will build a house on it. My question is what is the best/safest/cheapest way to get my Canadian money into the Philippines?
Thanks for your time