Of Course My Knickers Are In A Twist!

18 long years, with absolutely no internet, the semi experts at all the big “3” Cell Phone and computer service stores telling me I was just doomed to spend my life off line, which in fact might have made the online Philippines a better place without me there to post dumb stuff. 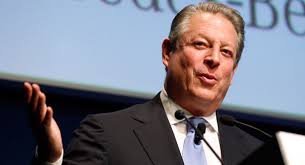 This is the man who invented the internet and Global Warming.

Then at a party at our house for some reason or another, A friend of our daughter asked about my internet here on the mountain in Bataan. I set my rum and coke on the table, moved my hands up to my head, grasped both sides with my hands, and slowly started shaking my head, back and forth. Interwebby??? Na Lang, Wala, zip, or ain’t no such thing! I said.

The young man who was in his 20’s, asked if I had a cell phone, which at the time was a new Nokia but then 90% of the Philippines had a Nokia phone. (Whatever happened to the Nokia brand?) He took the wire off the charger, plugged the USB portion into my “Puter” and the other end into my phone then using the Puter he preformed some magic incantations and voodoo chants over my keyboard when to my amazement Internet Explorer appeared on my monitor. Praise the Lord!!!

“Paul” was online, oh yes it was slow but still I was online after 10 years of crying out into the wildness! Did it matter that the Nokia had to dangle out the window even on rainy days? Not a whit. Next, after a few years of pestering the big three computer experts at Globe, Smart and Sun I was informed that I lived in a “Dead Internet Signal Zone” or what they called a black hole where the internet signal was swallowed and transported to an alternate universe.

Then while on Lip one morning Mindanao Bob, throws out a new word, to my ears. The word was “DONGAL” a small electronic unit that you dangled out the window instead of your phone. Why was this the first time I’d heard of this, why had not the “Big Three” mentioned this to me? Better yet, why didn’t Bob or a faithful lip reader mention this to me they all knew of my dangling phone dilemma?  But with this new found knowledge I went Ditty Na to Globe and purchased one (Dongle) and connected to the World Wide Webby” Much better than the dangling a phone but still not the best. Anyway dangling my dongle had a much funnier ring to it and less chance of water damage to my phone, it had already happened once. 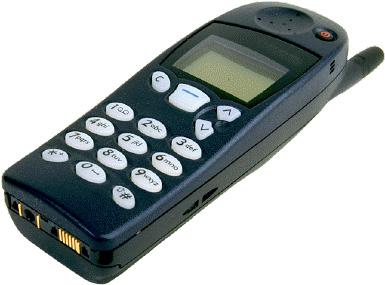 Then came the “Bad Times” March of 2017, one month of the worst internet troubles since the first Nokia phone was dangled out the window. I had to send Bob my articles catch as catch can, whenever I found a signal. Even Facebook was on a sabbatical.

Then my niece Shay, who was born the year our house was built, (18 years ago), was visiting with a few of her classmates. They were using my dongle to connect their phones to the internet, (Poorly at best) when a young man asked me why I used a dongle instead of a router. I stared wondering what the hell he was talking about. 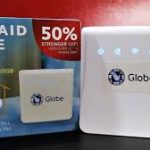 Of course I did not get 50 percent off 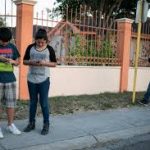 At least they’re outside 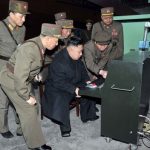 Kim Jong Un claims that he and not Al Gore invented the internet.

It seems that Globe produces and sells for P 2,000.00 this router thingy that is 1,000,000,000 times more powerful than a dongle and can stay on the desk without dangling out the window in the rain. Dear lord, why didn’t The Big Three, Mindanao Bob or anyone else for that matter tell me about it, instead of leaving my arse dangling out the window???

Anyway, to make a short story long, (I am of Irish decent and we all do that) I now as of June 2017 have a new router, I have steady internet and the New Millennium has finely reached my house. I can only wonder what will go wrong next week!

Two weeks in, I wake up and the whole system is Kaput, shut down, failing to function. But I knew that would happen, as my name is “Paul” and that was in the cards.  My “Puter” guy lives ten minutes away, if he can work his magic, this will be posted on Monday to LiP, but know one thing: I never threw the Dangling Dongle away!!!

Hey Paul 🙂 You are missing….Nothing !!! Given the quality of internet here, I have decided to move towards another new technology, which runs all the time, rain or sun… Never breaks down, doesn’t have “black holes”… I give you… The wooden drum ! Bwahahahahahaha 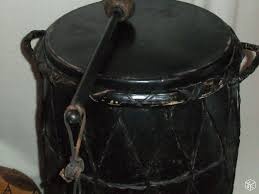 I tried beating mine all over the place but still couldn’t get a Wi-Fi signal.

I found that thumping my electronics does wonders to improve conductivity. I have slapped my dongle will little improvement. Oh my!!! (LOL)

Tripack;
The wooden drum, is it as effective as the Bamboo Telegraph?
In the Caribbean we used the Coconut Telegraph. Both are extremely effective.
Before cell phones, my buddy and I stopped in Bar Dixie, my wife knew about it before I got home.
And BTW in the Barrio you’ve had internet for years! Drums, not very likely! (LOL)

yep… True enough Paul… Nothing better to improve internet than live in a place with as many bar girls as possible… Some student could find a thesis subject with that ! he he he
Now when it comes to drums in the Barrio… Have you checked Mama Sans lately ? Some would do wonderful ones ^_^
Wooden drums… Coconut Telegraph… Whatever they use, our dear partners have special kinds of antennas to find out when we are at a bar, or when p……s are around…

Tripack;
The advent of cell phones has caused the demise of the old communication system that were so effective in the past. I was in the car driveling her to town when she was informed that I just entered the T-Rose Bar. I smiled and said; “I must have a doppelganger in the Philippines. .

Yeah… That “option” that allows the owners to trace their cellphones in case of thefts, and even block them from a remote place, can be used in many ways… And our beloved pinays have found another use to it !!! Bwahahahahahahahaha

I visited last Mid-Jan-mid-Feb. I bought one of those personal wifi, and was able to use Facebook while walking down at the rice field. Works better at 2:00am when few people are awake.

Marcelino;
99% of reception is not the device you own, but where the towers that broadcast the signal is located. I wonder how much money they make from that rice field over the my neighborhood with thousands of families without internet.

If your connection drops try cycling the power on the router, we have a fibre connection (which should be bullet proof but isn’t) and have to do this a couple of times per week

Thanks Paul! That was the best article I ever did read through the years in LiP ! Greetings from Finland, the country of the “Nokia! Connecting people!” Actually Nokia is a small TOWN here and a fabric which started centuries ago making rubber shoes for rainy days! Then Nokia Hakkapeliitta tyres ( this knowledge now stolen by ex-workers who build a company “Black donuts” and selling it around the South-East Asia, for example now in Mindanao ). Cellphones, like we did hang out from windows before Danging Dongles did came later….but I still have ..and working just fine!! Don`t trow… Read more »

Leo;
Sailed off your coast but the ship never pulled in, Nokia was the only phone sold here except for the high priced Motorola, now both are gone and Samsung is king. I have an OPPO.

Nokia 3310 is risen up again in the Philippines also! 🙂 Sad to say this is only the name of the brand licensed for China to make “Nokia” phones. The fault why Nokia cellphonos which models had 3 words at the bottom “Made in Finland” people around Asia were hunting (NOT China, India, Vietnam or even Hungary made!) were super fine and strong those daya compared others! Then came this Microsoft deal with a Canadian boss from there…and not Android but Microsoft system in those…and Nokia was gone. Now they can use the name again but as said those phones… Read more »

Leo
I made a deal with the powers that be, I will sail any ship as long as you keep me away from winter, and for the most part they did. It was springtime when we were off the coast of Finland, but three months before my ship was in Bergen Norway in February, wonderful people, beautiful country but WINTER, and I don’t do winter. I transferred a few years later to ASIA to work and was warm again. China making Nokia phones? I’ll stick with my OPPO phone. (LOL)

Paul, you have too much fun with that dongle. It might be illegal. I’ve had no problem with the internet hereabouts. Sometimes it’s out. Most times it works. Been in country now for a bit over a month. So far, so good.

Pete;
Visit my neck of the world and I’ll show you internet hell! (LOL)