Thanks for the Memories

Old-timers’ Memory Loss or plain old fashion Brain Farts, whatever you want to call it, they are kicking in for me more than they really need too. I thank god it’s not that dreaded Alzheimer’s as I’ve seen how that can affect a family in the most terrible ways. Not something to ever joke about. As luck would have it two of the recommendations provided by the AMA to hold off the advent of this terrible condition are steady reading, and walking daily, both things that I’ve done most of my life anyway. 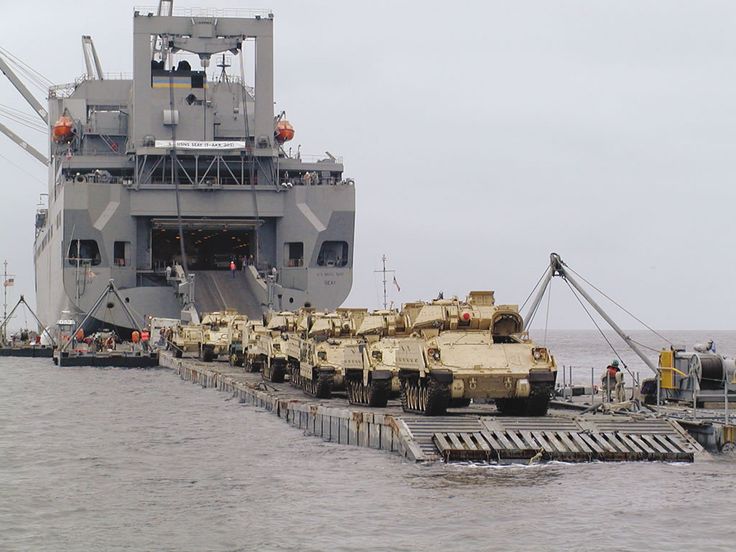 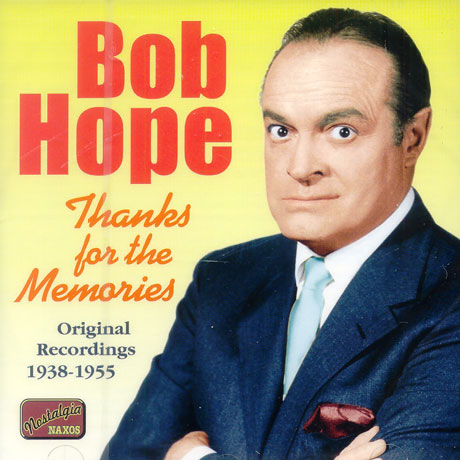 Bob Hope – Thanks for the memories

Here is what I’ve learned about memory loss and we all suffer from that, oh yes we do, no matter how much we don’t remember it. One of America’s greatest citizens and friend to the US Military Bob Hope explained in song; “Thanks for the Memories.”  Plus my old employer (Military Sealift Command) even named a ship after Mr. Hope. It is a Ro-Ro (Roll on Roll off) which carries wheeled or tracked vehicles for both the Army and Marine Corps) Well deserved that Mr. Hope gets that honor, unlike the Ship we have in the fleet, named after Harvey Milk from San Francisco. But he must have been a hero to someone, or an example of political correctness running amok. A USO Show with Bob Hope was something to remember, and we in the service looked forward to attending them.

My friend Big “P” (Loren) and I took a trip over to San Fernando as he wanted to have me show him the way to the huge Home Depot there. No I did not forget the way, it was the reason I also wanted to go there that I forgot. What???

Loren and Mercy took off looking for the items they needed and I figured I could just wander around a big hardware store and grunt, like Tim the Tool man from the TV show Home Improvement. (We men love to do that!)

That is when Mayang threw a wrench (A Spanner to our friends across the pond.) into my plan, by asking me what color water proof paint were we buying?  Pride would normally cause me to go into a “BS” mode and pretend I knew what she was talking about.

It seems that in March we were in the ACE Hardware in Olongapo City and I bought a new Black & Decker disk grinder and the accessories to go with it, Caulking Compound and the gun to apply it. When that was mentioned to me, then I remembered it! But then I wondered why did I buy it? 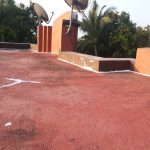 My bedroom roof before 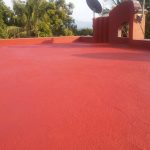 My bedroom roof after

It appears I (Dare I say Mayang?) had decided it was time to maintain our slab roof prior to the rainy season that occurs every year on our Island of Luzon. Oh that explains it clearly now and the Brain Fart cleared and it all flooded back to me.

The Monday morning one week after Easter Sunday the Adobo crew of Brother-in-laws and nephews arrived on my roof and work commenced in earnest.

Whirling wire brushes, scrappers, my power washer and a tent to protect them from heatstroke. (I’ll need the guys for other projects) But I will be able to assume that I’ll go another five years with no rain water entering our house. 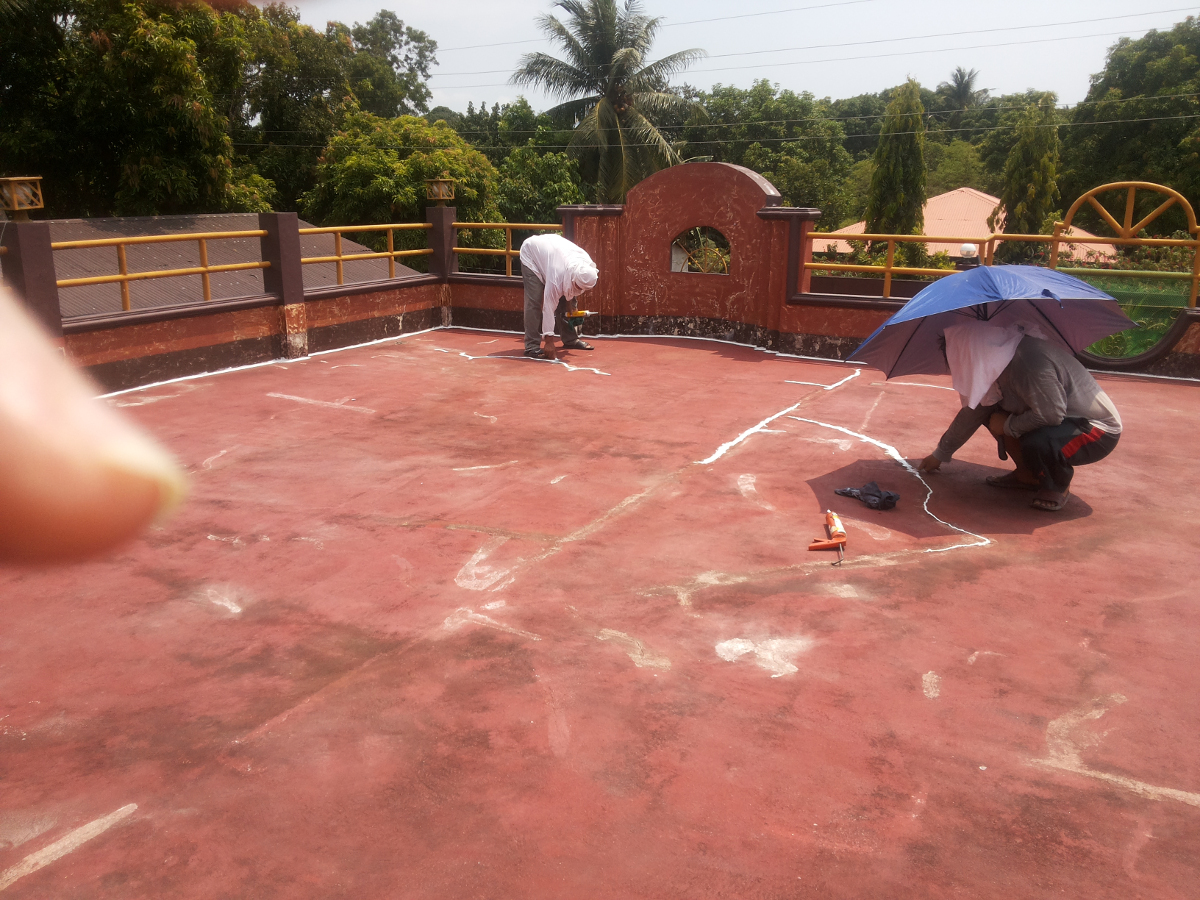 Loren and I were discussing at Sam’s Pizza the memory faults we have even while talking to each other, but we are honest with each other and freely admit when struck with a brain fart, if either of us can’t remember the subject, we move on to something new and so far that works out just fine for the two of us. We don’t seem to get frustrated at all. If the wives are listening in, I just tell them it’s a Kano thing! 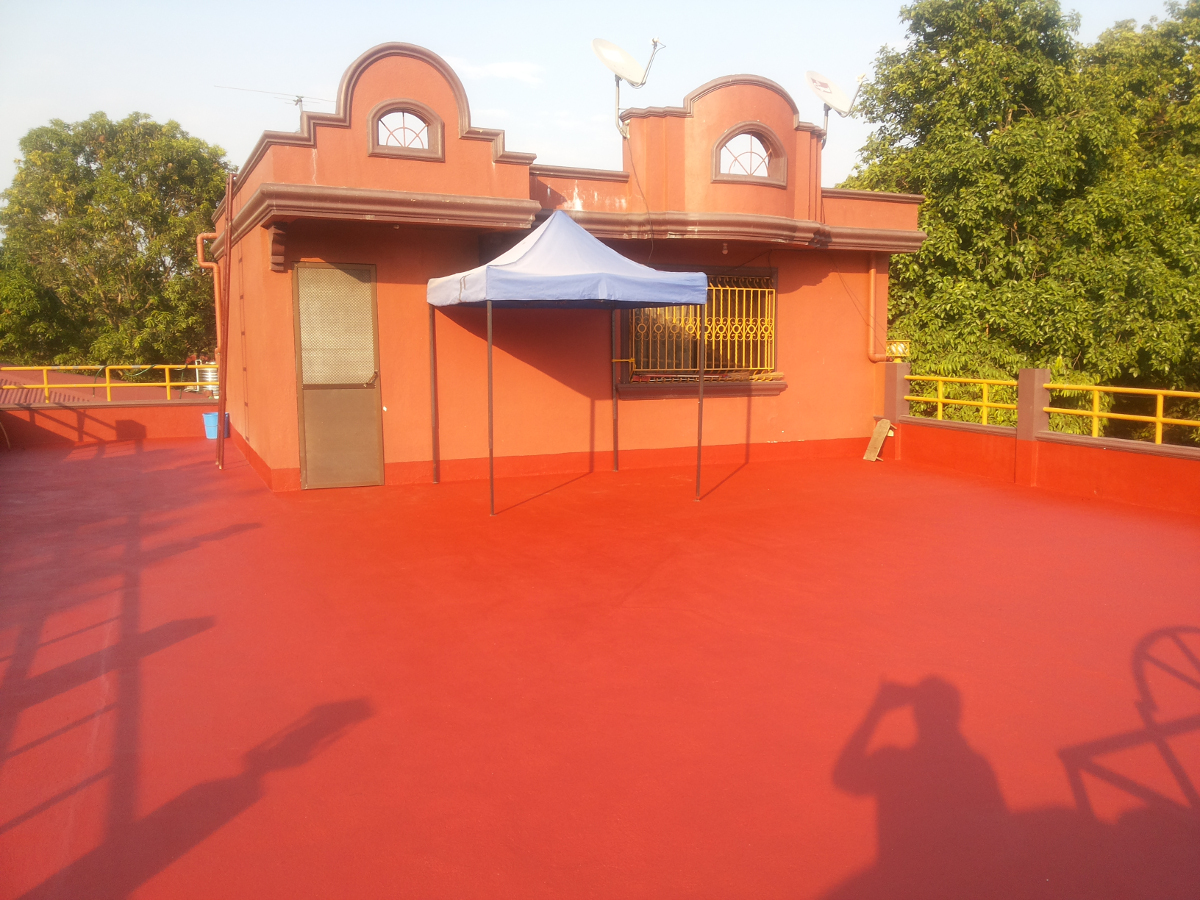 But as I type this, I wonder if I’ve left something out? So now I write it, save it and come back a few days later and see if I remember something new. Loren will tell me if I got it wrong, or ask me if this really happened! 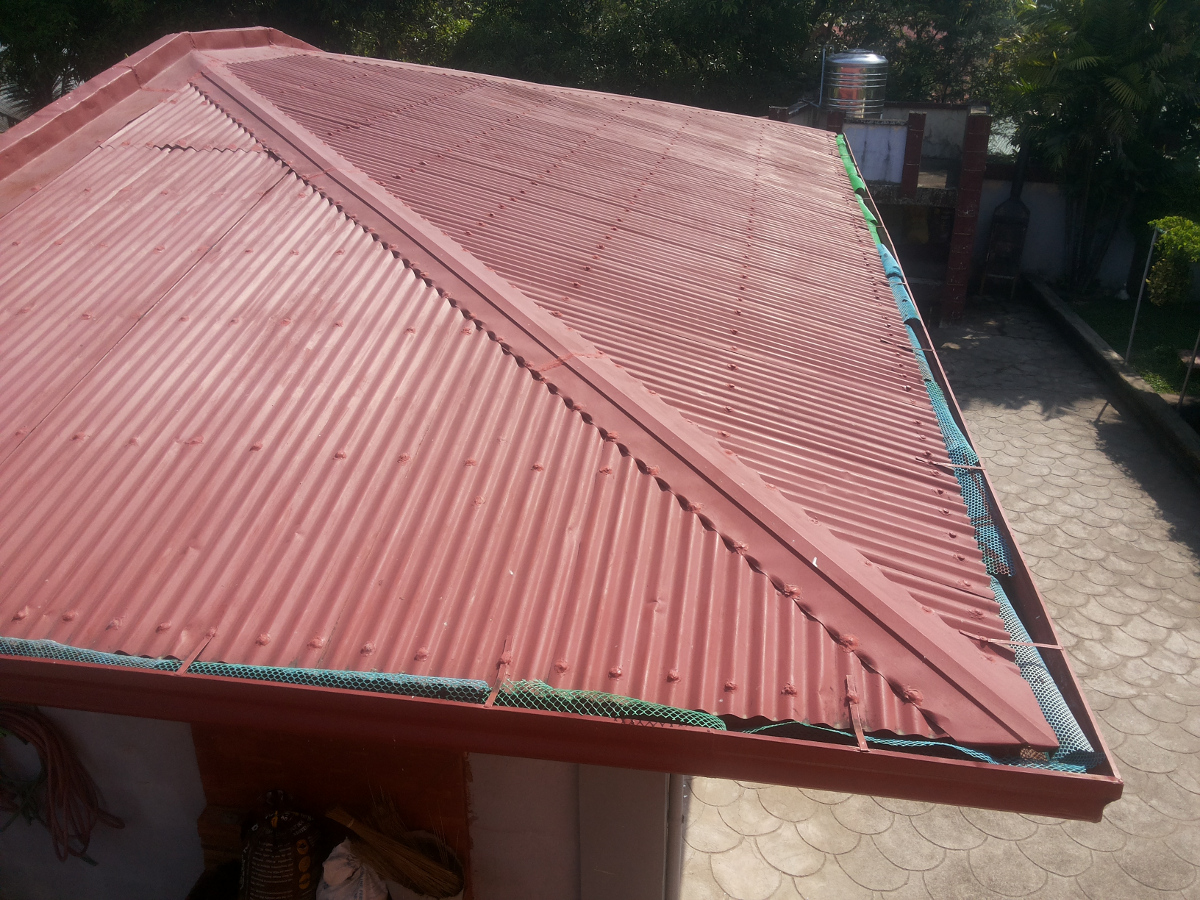 This roof is next

Ten gallons of paint from Home Depot in San Fernando, seven gallons more from Handyman in Olongapo, and none at the DIY store also in Olongapo (But it is on order). I need more paint so another trip back to Home Depot in San Fernando, because my wife likes it so much she wants to paint the corrugated roof on the out building in the back yard. I’ll blame the poor paint estimates on poor memory or that I live in the Philippines and estimates are not used here. (You know I’m right about that) But it’s done, and in five more years I’ll never remember that I have a roof, let alone it needs to be painted again!

Hope that is just your shadow in the roof picture Paul, or did you get painted over?

Jonni Jon
It could be me…In the Navy we were taught if it moves salute it, if it doesn’t move paint it!

Mr. Paul T. Good day to you there at DinBat.. We all suffer that disease CRS once in a while. ?
Jose

Jose;
My wife will show up with a glass of ice cold lemonade, and I don’t remember asking for it? But there also is the chance she is messing with my head! (LOL)

If the wives are listening in, I just tell them it’s a Kano thing! That’s a good one.

Loren;
The best I can come up with on the fly! (lol)

Loren;
Thinking on the fly, will get us that next beer!

Hello Paul, What type of paint do you use? -orlando

Paul Thompson
Reply to  No Way

Orlando;
Or “No Way” BTW I think I know your cousin, “One Way! (lol).
But the paint is…
Primero water based Multi-Seal Elastomeric Water Proofing.

No Way
Reply to  Paul Thompson

Yeah, he’s my cousin, we used to hangout but he moved to Canada.

Paul Thompson
Reply to  No Way

I knew a guy in Puerto Rico named Np Way Jose…BTW that paint is sold at Home Depot.

I enjoy reading your stories as the wide and I plan an eventual move in the future!