The Dewey Decimal System! Was it a hoax or are computers the real Scam?

I saw an ad on Facebook for a product called the Air-Selfie, which was a drone to replace selfie sticks. Selfie sticks remind me of watching a sword fight between Don Quiote and Windmills (From the book Penned by Miguel de Cervantes) of which I also witness at every family gathering, while wondering is it rude to swat Cell Phones out of the air if it is attached to a drone or selfie stick?
Drones and sticks always swinging in the air over the table, Who was it that told my family that if at a restaurant if you are the first to post the meal on Face Book, it comes with a 15% discount! Me I was thinking about the loss of a family member’s eye and the pain and suffering that will cause. I think this was not what Cervantes had in mind when he wrote this classic which I reread every few years as it is still the best book I have ever read. And with limited knowledge I could find at any library using the Dewey Decimal System if they still had a Dewey Decimal System. BUT! Not so easy to find online (LOL). 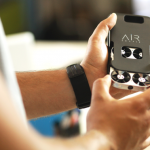 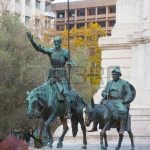 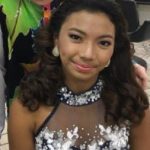 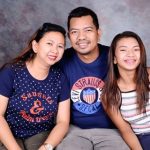 Oh let me clarify I still have my book by Cervantes (Don Quiote) but now I want to find the Air Selfie (Drone) listed on the internet, that I originally found on the interwebby. Facebook, BTW on the CNN site, listed under Fake News)

The search as to where it can be purchased began to elude me using Google searching for Drones with a camera attached, there was an unlimited amount of all types of other drones listed, a good start as now I’m assured there is such an invention. I have the original advert downloaded; I can even reference that as many times as I need. I also know the brand name and that it is from Great Briton (An extremely innovated and technologically advanced Country) they had a lot to do in the development of the internet no matter what Al Gore tries to tell you, he’s such a dangling Chad!

Investigation and more online investigation and find out they are looking for backers of their new product, right now they have Zippo, Zero, Zilch Nada Nothing to sell but a dream and big dollar signs in their eyes. “Tell me that in the beginning, don’t make me waste my precious Google time chasing a Humbug! The Dewey System never did that to me. You go to their file box, they have the item, or they don’t! All without sending you hither, thither, and yon or all about the town. Now I’m in crap city as my daughter and granddaughter both want it and I have no idea what it will cost when it is introduced (In May? 2017) Doomed I tell you!!! I’m doomed, someday I’ll learn never to trust the interweb, and when you see it on the shelf in a store “BUY IT!” Don Quiote in the book never found princess Dulcinea either.

“Sancho is this road to glory?” “No Don Quiote! This is the road to the market, where we buy our Sunday Chicken’s cheap!”

Paul it will cost about $400 of it ever gets to market but it is probably not worth the money. If you seriously want to look at a selfie drone search for “Dobby Selfie Drone” it’s available now and very high quality.

Tim Kempton “Dobby Selfie Drone” $374.00 to 4425.99 on the interwebby it said it is available now? And is very high quality according to the ads.. But the propellers are exposed and the odds of someone launching it inside a restaurant or building seem to be great. I know where we live! (LOL) As the one I pictured in my article has enclosed propellers so as not to remove a person’s eye, also to prevent blade replacement after every flight. But the price is not going to be cheap no matter what, and the replacement flight blades are high also.… Read more »

I havn’t given the Dewey Decimal System a thought in years Paul, LOL . Did websites like Amazon and Ebay replace it ?

Bob New York;
Being out of the United States for most of my life I really don’t know what they use now. I’d hit a second hand book store before the ship sails and stock up on paperbacks, now with E-books I can download them from any location on earth, I’ve got a few thousand stored on my reader and I’m turning 70 this year, so I hope I’ll need some more in the future, I read a couple a week. Now that I can enlarge the font.
I love E-Books, they are made for my eyesight restrictions!

I love the E-books also. I have the KindleUnlimited plan. I checked my account and in the past 30 months I have read 686 books.

Michael; I was so bad that on a winter day in Boston when I hooked school I’d hide out at the library but when spring comes and Baseball season started, I’ll be at the library on rainy days. Then after work in the Navy, on the ships we had one movie a day (No TV) at 2000 every night and books without end. I read every day of my life and will as long as I’m able. During many cross country drives I found that talking books was also enjoyable. So I agree with the fantastic E-Books the best thing… Read more »

Tom;
90% or maybe 10% of the internet generation have never seen a book or a library and have no idea what the Dewey Decimal System is for, or at best they read E-Books anyway! (LOL)

Hi Bob, is there a problem on LIP again. cleared cache and still cant get todays posting.

Jonni Jon;
I had trouble also, I went to recent posts and clicked on that and today’s post popped up.

I am aware, and am working on moving to a different server. The problem was fixed by the hosting company last month, but has returned. Please be patient, it is being worked on. Thanks!

The problem you were experiencing is fixed now. Hopefully it will remain fixed this time.. or else my hosting company will not be happy when I move to a different company! 😉

DEWEY decimal system. Heard about it back in 1492.

HGB;
1492, isn’t that when Columbus sailed the ocean blue?

Paul. This is a Kickstarter project:

Crowd source funding for a product. Once funded and development complete the contributors get the first product, then commercialize for you and me. May be a long wait 🙁

Tim;
So I sadly found out, I was directed to site after site before that fact came to light. The term Kick-starter never popped up until days into my research, and then it was pointed out to me by my granddaughter. Who will find the one she wants and then inform me!