The Way Back Machine

Back in the 1970’s I was stationed (By the Navy) in Charleston South Carolina, a beautiful city steeped in history and loaded in many examples of Antebellum architecture (meaning “pre-war”, from the Latin ante, “before”, and bellum, “war”) is the neoclassical architectural style characteristic of the 19th-century Southern United States. It was also my first time to encounter that word and that style of architecture Antebellum as it was not common in the Dorchester section of Boston where I grew up. I was used to what was called the New England Three Deckah style of house. 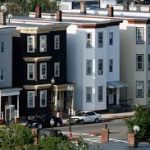 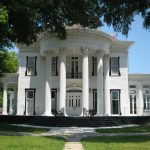 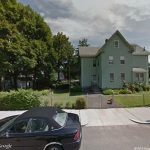 The house I grew up in, most of the street at the other end were 3 Deckahs.

On my street all the 3 Deckah houses were at one end and the where our house was, were the one family houses at our end. I thought we were poor people because we couldn’t afford a three Deckah.

Cerebellum The cerebellum (Latin for “little brain”) and nothing to do with the same Latin word bellum (that means war?) is a region of the brain that plays an important role in motor control. It may also be involved in cognitive functions and balance. (NOT to be confused with another part of the mail body also known as “The Little Brain!”

Balance is something I’ve lost after my round of operations last March. Walking is problematic so the Doctor recommends walking everyday, which also prevents Alzheimer’s and dementia…What was I talking about?

Oh yeah the cerebellum, which sits at the top of your brain stem directing traffic. Fat dumb and happy travelling down life’s highway I was thinking the inner ear was all about balance; only to find out I would have lost many Trivia games had I ever bothered to play one. But the inner ear is part of the balance deal, but nothing to do with dizziness. Damn I’m confused, but now back for a simple MRI question and answer session. Sitting for those questions they must ask:

“Kuya, have you ever had an MRI? I reply in the negative!

Kuya, have you ever suffered from Claustrophobia which is an anxiety disorder in which the sufferer has an irrational fear of having no escape or being closed-in. It frequently results in a panic attack and can be triggered by certain stimuli or situations, such as being in a crowded elevator, a small room without any windows, or being in a “MRI” machine? I replied; “I don’t think so.”

Guess what I found out!!! Now get me to hell out of that machine! My neurologist looked and said: “Kuya, I thought you said you didn’t suffer from “Claustrophobia” I won’t repeat my definition, because it’s the same reasons as before if you knew about MRI Machines before.

Excuse me Doctor my precise answer was; “I don’t think so.”

Well cancel the rest of today and let’s start again! I need the Anesthesiologist to flat knock my ass out. My insurance asked me if I was sure about being Claustrophobic. I was in and out of the machine like a rocket, what the hell you think?

Now for an odd fact! The guy running the machine told me that more Kano’s suffer from Claustrophobia then Pinoy. Who knew that besides him? But he would know. But he did say that the Kano’s screamed to get out. But I held my pride and refused to scream (I came damn close).

So if you have a MRI and it’s your first time, your answer might just be; “Yes, I might be Claustrophobic!” This is nothing to be ashamed of…Unless you scream.

Knocked out, one hour in the machine, no memory, back to the operator where once more I asked? “Did I scream? (No I did not!) But the truth is I still had Anxiety: is an emotion characterized by an unpleasant state of inner turmoil, often accompanied by nervous behavior, such as pacing back and forth, somatic complaints, and rumination. It is the subjectively unpleasant feelings of dread over anticipated events, such as the feeling of imminent doom or gloom, and getting back into that Damnable MRI Machine. 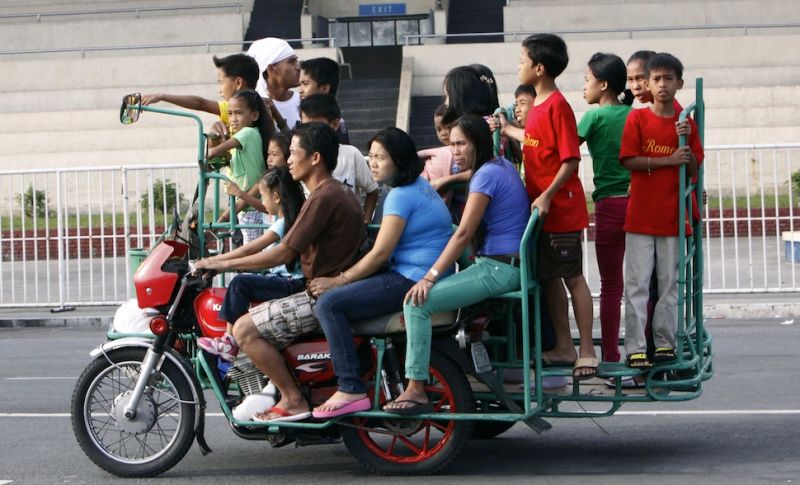 More to come but the one thing I knew before and after the MRI, “KEEP WALKING EVERYDAY” The Doctor’s advice is predictable. I was informed that one day I could drive my car again or maybe not. I love how they hedge their bets! But motorcycles are history for me. I knew that because other drivers here in the Philippines who have a death wish on two wheels, but when they go, that 110 CC underpowered cycle will take their wife children and grand parents with them to heaven.

I bought a helmet to wear 24-7 to protect my noggin as that was my first MRI and my last MRI. Now let’s work on my balance…..

Hi Paul, I have been in an MRI Machine a couple of times although I can not remember what for. Yes it seemed like kind of a tight fit but what kept my mind occupied during the scan was all of those sounds blasting my auditory nerves. I started making up names for the various sounds like the one sounding like a drive by shooting with machine guns, there was another one I named the submarine sound, and many more. Gave me the idea of creating a CD titled ” MRI Sound Effects ” Volume 1. ( remember all those… Read more »

Bob, (NY)
You are so right about the noise, I remember firing a twin 40 MM at anti-air craft gunnery school. But strapping my head down didn’t help either. My friend told me he had no problem when they ran his knee through the MRI. I started laughing and said;” Where was your head during all that? He just said; “Oh right!”

YOUR lack of balance may be your stomach and brain calling out for the stabilizing medicinal qualities and quantities of Tanduay Superior 12 yr.

Loren;
Oh but if that was only true, I want a rum and coke, for I think it has the power to help me Irish Step Dance! (lol)

two hours from my home

Gil Baco;
Is it your home in the Philippines, Charleston, or Dorchester that is only 2 hours away?

My first MRI I made it through, barely. All I could do to stay still and not yell to get me out. Second one, I didn’t make it. Got in and they started, nope, let me out of here. Dr prescribed a sedative to take before next one. Made it through, but still rough.

Don;
I had to be Anesthetized to get through it. The insurance paid for it!