A couple of weeks ago, I brought my kids Chris and Nicole to church. We went to an earlier service than my other kids. After church I brought them for some snacks. The downstairs where the church service was, was mostly restaurants and other shops. Really we end up going to the food court, which is okay because we just want a drink and a halo-halo. 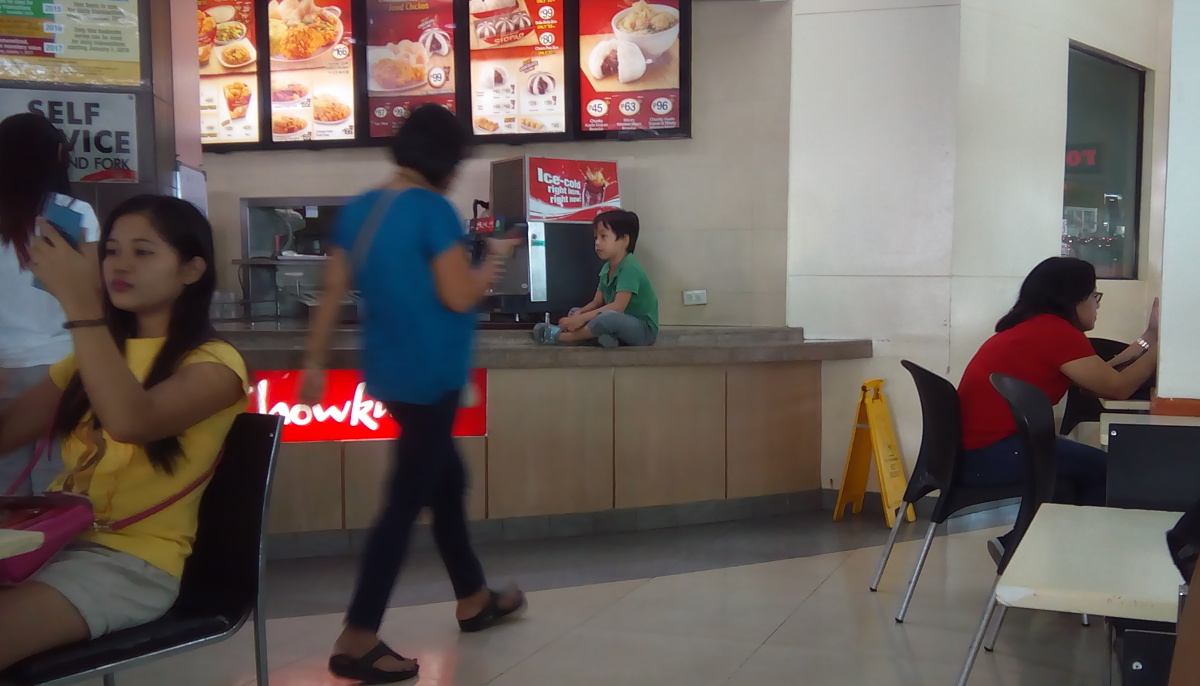 Sitting on the counter

After ordering we went to sit down and waited for our orders. So with Nicole she likes to borrow my cell phone and do her favorite thing taking a bunch of selfie. Then the waiter brought our orders. We were half way through our meal and I saw a kid climbed on the counter of the restaurant. At first he was just sitting, the server lady was just at the other side of the post. She can’t really see the kid climbing. Plus they were busy on the other side of the counter. Then, the kid stood up and starts walking on the counter. I was shocked then. Then the server noticed the kid and told him to get off and go to his parents. The kid just starts smiling at the server.

The kid went away for a few minutes and brought a cohort with him. The first kid showed the second kid how to climb but the other kid was too young to get up on the counter. He can’t really climb, so the second kid was just at the bottom and watching the first kid when he’s walking on top of the counter. It was really shocking that as if nobody noticed it. I was already edging to tell the server to please let that kid get of the counter. My gosh, I’m already thinking where was that kid walking with his shoes and imagined the dirt that he brought to the counter. 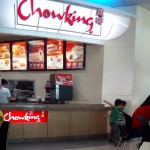 I wonder where’s the parent of those kids. Are they not teaching their kids to not be climb on the counter like that. I mean, I think the kids really tried to be superman/spiderman at the house on the counter or table or whatever you have in the house. But I think if the kids were taught properly they would not be climbing on the public place like the restaurant counters for that matter. I’m sure that the parents were busy with something else other than taking care of those kids, hopefully they’re not busy looking at their wall on Facebook or Instagram or their messenger.

Really after seeing those kids there, It will be awhile for us to go back there. It might even be never again. I showed to my other kids the picture and they didn’t even see the picture when that kid was walking on the counter and I could tell my kids didn’t like it one bit. They even asked me where’s the parents of those kids. I also place a big responsibility of the parents of those children. Those kids would not be wondering around the restaurant if the parents didn’t allow them to go anywhere other than the table they’re supposed to be sitting at.

Is this the new trend now for kids to be climbing all over the place if they want to? I’m sure the restaurant will be in trouble if the kid fell and got hurt. What do you think guys?

I agree where are the parents

For sure, Paul! Poor parenting seems to be a worldwide issue!

I read recently where a man walked the edge of a cliff to his death because he was playing with his phone instead of watching where he was going. Where ever I go the young people are obsessed with posing for selfies and typing on their phones. I think they have forgotten how to have a normal .conversation

Hi Dennis – I’m not surprised of what you’ve heard. A few weeks ago I heard a lady fell in the building to her death because of selfie. Oh yeah, young kids nowadays are so busy keeping up with the gadgets stuff.

Thank you for dropping by!

Hi Paul, yep we have the same questions there. I just can’t believed that they allowed their kids to be running and playing all over the place. Poor parenting definitely.

Do you say something? You certainly don’t have to.

My wife does. Usually if I just look at them they settle down. You know that teacher “Eye.”

I’ve found the kids Filipino kids respectful. However they’ll get away with anything they can.

Too often people think they won’t listen. People just smile and laugh. Yes, they will listen.

That’s a big problem in this country. Especially with first sons. They receive ZERO discipline, because they can do no wrong in their mothers’ eyes.

Hi Doug, that might be. Or are they just so busy that they don’t care.

Unfortunately this behavior is not uncommon here. Worst I ever saw was a kid standing at the edge of a pool at a private resort, peeing in the pool. Where were his parents? In the pool watching and laughing….

Hi Rease, did you told the maintenance people about the incident? With the parents laughing, it encourages the kid to do that type of behavior because he thinks it’s okay. I really hold the parents responsible for that behavior of their kid. My kids been going to swimming pool fairly regularly when their were young. With other kids around there I never saw other kids peeing on the pool like that. I saw kid asked their nanny to take them to the bathroom to pee.

I was sitting with my friend (the owner of the resort) when this happened. The parents and the child were asked to leave and not come back.

Good for the owner. I hope those people never come back again.

Hi Feyma
Unsupervised kids seem to be everywhere. Parents just do not seem to be bothered what their kids do. The old saying “Out of sight, out of mind” seems to fit this scenario.
I am assuming that the server did not clean the top after the child got down.
Marjorie

*** I am assuming that the server did not clean the top after the child got down. *** — Unfortunately she didn’t. That’s one thing I was trying to see if she would do it. That’s why I don’t think we ever go back there again.

Good to see you here as always. Stay warm.

On the first picture, I see three mothers in love with their phones…
The selfie generation in full swing…!!!
Nobody cares about parenting, the phones are the priority.

I agree with you that people now are just so busy with their phones it’s either selfies or facebook.

*** Nobody cares about parenting, the phones are the priority *** — Yep, that’s kind of the trend nowadays, which is really unfortunate.

Ha ha.. most likely they will sue the restaurant! 😉

Forgot about that one hahahahaha

I never thought about that, Bob.

Please tell me that the litigation mentality has not moved there!

The USA exports enough questionable ideas through some of the TV programs and movies without adding to the list.

Such litigation is very uncommon here, LeRoy, I was just making a joke!

Unfortunately, there are a lot of parents here who do not supervise their children.

Hi Elsie – Yep so very true. So sad though.

It’s the same in Tagbilaran. Especially when the kids are out of school.

Hi Rusty – And of course you would hear the bickering who gets what and so on.

*** stay away from the grocery store. *** — Just try to go shopping when the malls opens, not much people then.

Nice to see you here again. Have a great weekend!

Mrs Feyma,
One of Anne’s family members is like that. They were living with us for a short period. She would not discipline him at all. He would whine and cry all the time when he didn’t get his way. Well we finally had enough of that and asked them to leave.

Hi PapaDuck – Honestly I can understand kicking them out. Did you already hear the feedback from them? Don’t be surprise if they blamed you guys for it.

Always good to see you here. Have a wonderful weekend!

If my wife’s generation had tried that they would have spent the night in a sack tied to a coconut tree. It seems to be the way things are going in the Philippines these day. There is no discipline anymore even with the parent, just look at the road etiquette, or lack of. The way laws are just ignored. Poor customer service etc. Everyone just does as they please because if you rebuke them they could loose face.