Over the years here in the Philippines I’ve urinated away more money than I care to think about, or if I were being polite “I frittered away my cash many times”. I’ve noticed this subject comes up on LiP quite often.

I noticed some foreigners feel they are a walking ATM machine to their Philippine family, and they feel they are wearing a sign that says “No daily limit” And also to some of our families in our home country. But for this article I’ll deal only with the Philippines.

I was lucky compared to some people who moved here, as I was still employed in a very well paying Seamans job that allowed me to live anyplace on earth. My first few years here I improved houses belonging to family, we added new roofs, put in wells all for the betterment of the family. Here is how I viewed it. I have written in the past about sitting in the Long Bar in Raffles in Singapore and running up a bar bill in the hundreds of dollars, and I can’t help with a new well? That would require a special type of ass to think like that. So I helped! But I also protected myself by putting a limit on all loans to the Brother-in-laws of P 10,000.00 each and as many times as they needed it as long as the previous loan was paid off I would lend again. The gifts I gave to improve their houses were not included in the P 10,000.00 I loaned amounts 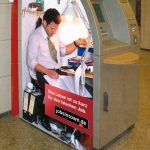 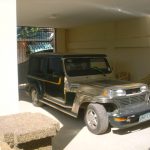 My Jeep Owner was the first duty ambulance 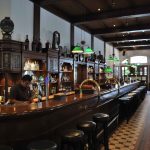 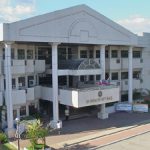 Kuya I need money to open my Sari-sari store again, then found out they borrowed from others that year and failed three times and were looking to fail again.

I learned that “Kuya, will you borrow me…” Really means Kuya, Will you give me…”  So now for many years I have lent no more while waiting for the first loans to be repaid. BTW it was Interest free for them! My wife’s family has three of us Foreigners attached to their family. Me who lives here within their grasp, one who lives in Holland (Netherlands) and one in Las Vegas Nevada. Since it is not long distance to my house I receive the first call every time. But the loan repayment rule trips them up every time!

Medical emergencies are split by Holland and me, and believe it or not, neither of us has any problem with that. I administer the situation here and then talk to Holland and we solve the problem.

A Brother-in-law’s wife was in the hospital a year ago. He brought me the bill for P27, 00.00 to have me and Holland pay it. I told him to go back to the hospital and ask them to lower the bill, and to go to the city Mayor and ask for help. One week later the bill was now P19, 000.00 I’ll do some but not all, BTW this just happened again with the same family (The Husband this time), and once more. And I sent the wife to get the price lowered the way her husband did. That bill was lowered by one third. 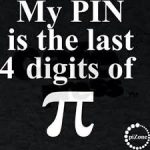 In case you need it 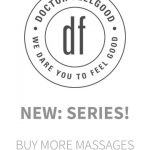 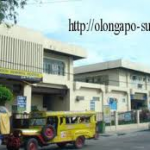 Gorden Hospital, ask for a discount

The Las Vegas side will do nothing, but then I’ve not spoken to them in15 years. But here is the part that causes me to ponder. No one is going off to work every day, they can be found in the purok sitting with their collective thumbs in their butts, quick to come and perform odd jobs at my house. Painting, yard work or whatever, but not once has that labor been a gift to me, or have I been asked it to keep the pay to lower their debt. Nope, cash at the end of the work day. Now I know why Bob Martin, refuses to use the word paradise.

My cars have always served as the duty ambulance in my neck of the woods, and this service I freely provide to all who requests it. (Even non-relatives) But not once has this service been needed during the day, always between the hours of 0200-0500 AM. For the last 18 years.

But the main point is: “If you lack a sense of humor, this might not be the place for you!”

Great post..you are a legend Bob.. Many similar stories but just in 5 years for me…we are so alike in majority of our life experiences…the ” foreigner expense or price” is partly resolved when I say I will go elsewhere if able to…hmnnn

Thanks, Glenn. Just want to be clear, that article was written by Paul Thompson, not myself. 🙂 Hope you have a great day.

Glenn;
No one could dynamite me out of the Philippines at this stage of my life, The America I grew up in is long gone, Yesterday I heard on the news that the movie Dunkirk is catching hell because it lacked minorities Snowflakes must read their own history books. Wonder woman lives on a island with no men, ban that movie now! (LOL)

Hey Paul 🙂 So true all this… Me, I could say I am a lucky guy when it comes to my pinoy family… Now, I have to say that the ones defending my interests like tigers are… my asawa and her parents ! At the beginning, we began to see all titos’, titas’, and other relatives very interested in Anne’s kano… I can tell you, Anne did a thorough cleaning in the family, and her parents, which are very dear to me, did the same ! They defend me against vultures better than I could or would do !!! And… Read more »

Tripack;
We each must find our own way to deal with it, no one is 100% right or 100% wrong the way they do it.I owned night clubs and had great jobs and even my stateside family needed something every month, but keeping a large ocean between me and then has worked-out for me (LOL) .

I’m fortunate enough to have in-laws here who’ve never taken advantage of me or thought of me as Bank of Kano. But legitimate family financial needs do arise sometimes and my wife has a simple policy in dealing with them, and it goes for non-relatives as well. She grants funds to them (always a reasonable amount in terms of our own finances) as a gift, no strings attached. Lending the money would just cause obligation stress on both ends). If the recipients pay her back, great. But she has no expectations that will happen. As strange as it may sound,… Read more »

Rblevy;
I’m so happy that your life is spared the trivial problems that so many of us must endure, you are truly blessed. As for me I also have no expectations that being paid back will ever happen. And in twenty five years it has been proven many times, as strange as it may sound, but if it ever does what a pleasant surprise that would be.
Your life here in the Philippines is truly one to be envied.

Glenn;ildebrandt
The same situations arise in every nook and cranny of the Philippines, it matters not where the foreigner hails from, and the Pinoy will always remain constant. We each must find our own way to get on with living here, this was just my way! (LOL) Remember that most important sense of humor.
And Bob, you do write some damn fine articles!

Apologies Paul, was not quite awake when reading. Huhuhu… You are a legend like Bob, and yes a sense of humour, too kind a heart sometimes backfires, but then I take stock of the situation, and say …..how lucky I am ….that I can help someone worse off than me!!! Have a great day you guys….

To not help a person in real need is shameful, But I refuse to help anyone that won’t even try on their own.Thank you for commenting!!

Sorry but I had to respond. Your so right.

hgb;
Feel free to respond any time, we like to hear from our readers!

Your advice on lending sounds wise and just to me. Thanks for sharing it!

Jay;
It was bad in the beginning because I was still working on the ships, but now I’m on a fixed income I needed a plan that was also fair to me.

Like many folks here seem to, I defer to my wife on these matters. Long ago, she established a reputation among our Filipino kin as a no nonsense, direct to the point person to deal with. No one comes around any more with the long, whiney, hand wringing speeches. While we rarely get requests for “loans” any more, we do have what we consider obligations. We pay SSS and Philhealth for anyone who works for us on a full time basis. But, even that can get problematic at times. But we’re in the Philippines, what would you expect? Our old… Read more »

Hi Pete; That was better than the guy with the perfect life here in the Philippines, where every day is blessed by the hand of the Lord, And they frolic with unicorns all day, It’s wonderful to hear, but not for a second do I believe them. Now what you wrote is easy to understand because we know things like that happen. I feel you did all the correct things you could for the man. May be even a little beyond what most would do, but then comes the time when you know it is going sideways on you and… Read more »

Hi Paul. You seem to approach the gifting and lending of money the same way I do. Enjoyed the article.

Steve;
I’ve found it to be a simple and effective plan; my ATM Machine is off line! (LOL)