When I bought the land in 1997 that my house sits on, the thought of internet was not even at the back of my mind. There was no running water up here on the mountain, and a landline phone was nonexistent and trash removal was only a dream and the fire department was 45 minutes away in beautiful downtown Dinalupihan a few times we called the fire station to check to see if the number worked and no one answered. I was on my own so we drilled a deep well, bought the most powerful pump and a huge pressure tank so I could fight any fires. I loaded the house with smoke detectors and still check them every month. My wife checks the one in the kitchen more often than that. Plus fire extinguishers are placed around the house. Because I have them I never had to use them to fight a fire (Knock Wood). But understanding the finer points of Murphy’s Law I was correct to install them. The fire fighting schools the Navy and Merchant Marine sent me too over 30 years should pay off someday, (Knock the hell out of wood) 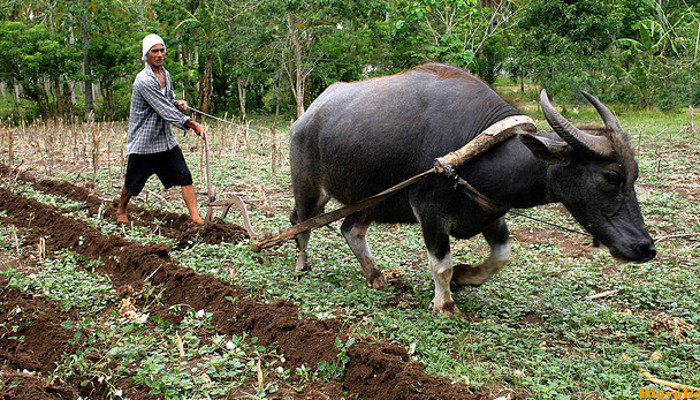 Carabao in the field

Fifteen years has passed and we now have a water district and it works very well. But the firemen ate still 45 minutes so I keep my well and pumps tested and ready every month like clockwork because if I didn’t the water district would go offline the day a fire broke out. Never play games with Mr. Murphy! There is still no landline and the only internet service is dangling a dongle out the window and praying it doesn’t rain. That happened once and I purchased a new dongle.

As you might remember, our daughter and grandson are living here until they go to Florida sometime this year. Her I-pad and I-phone are on 24/7 so she decided that she needed her own dongle. This month my Globe dongle will download movies and music, but seldom allow me to log into the internet for reasons it refuses to explain. But here is the way life will joke with you. Hers will let me on line but not download. And yet they both will work fine with her equipment.

This is my new Dongle

This is how it works, I use Yhen’s Globe dongle in the early morning, to go on Facebook, LiP and such, and then switch back to mine to set the puter on download mode and go live life. This has been working well for a couple of months. Until this week, my Globe is on a monthly plan and never runs out, but hers needs a load every so often, which of course she’ll forget to do. I’m writing this on a day such as this since I can’t bother people on Facebook.

As I’m winding down after going all morning off line but able to download I thought to myself. Self you large dumb ass, all you had to do was change your Sim with hers and the problem would be resolved. But too late for me today and she is going to town to reload hers.

The ladies went to town, bringing both dongles to the Globe shop, I was not there but upon their return I was informed that mine had a new sim card I accepted that, but I wondered with my limited technical knowledge, what the hell a new sim card could possibly do to fix the problem? Well here is the answer; “Absolutely nothing, as it still doesn’t work.”
.
Now I know that our loyal readers will have suggestions and a list of high tech gadgets that will solve my problem, and please do not think that I’m not grateful for your ideas. But I’ve said this before and I’ll say it again, my street is well and truly the only place on Earth that was affected by the Y2K Bug. 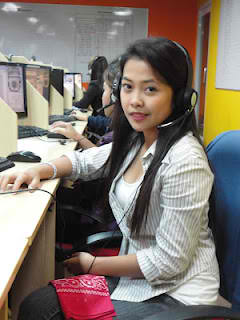 In the last five years Globe Smart and Sun have been on my roof with all their testing gear, all I receive is the pleasure of watching them scratch their head in full fury, and the Pinoy famous shoulder shrug as they climb down shaking their head and then drive away. The following week, I’ll receive another call from the nice folks at Globe (Manila) offering me the latest DSL service, and would I like to avail of this? To which always respond; “Oh yes, please send your technicians out as soon as you can to install that.”I’m like a lonesome voice howling in the wilderness, but they never show up, because after the service call is referred to the Olongapo City Globe Office it is ignored when they see my name. But Manila will call again next week… My friend tells me; “Someday Paul, you’ll find a way.” But I smile and think to myself; “When Carabao fly!”

Wish I had one of those to help with the snow today !

Kevan;
My brother Dan lives outside of Boston, and has more snow on the way this week. I explained that there were no airports in the Philippines. He came to Puerto Rico to visit me and stayed for five years.

Ha ha… never thought of that, Kevan Kern, but I bet it would be popular around a snow covered neighborhood! 🙂

Bob,
Would a Carabao operate in snow?

I do wonder about that, Paul, but it might happen!

Heinz:
A saw a birdie in the sky
It did a Doo-Doo in my eye
I didn’t fuss, I didn’t cry…
But I do thank God a Carabao can’t fly.

That is correct, almost a repeat of last week with a possible half a meter of snow or more ( like my use of metric ? LOL ) Good luck with your Dongelitis there Paul. Price of gasoline and home heating oil has dropped to about half of what it was a year ago. That might even be less costly than fueling a carabao, so i think I will stay with the gasoline powered snow blower for the rest of this winter season.

NY Bob;
Or a peed run to the Philippines to get away from all that snow, it will melt before you come home.

You know I meant SPEED run?

Paul I feel for ya. I really do. I too live on a mountain back in the jungles of Mindanao. I use the smart system for downloading movies but it sucks for streaming Video. Facebook is so so. So I went to GLOBE who informs me that there is no signal out where I am located. So I bought a Tattoo Router and a GLOBE Sim Card from a Vender in Manila. Got a good signal. I go back to Globe to sign up for their monthly service but they say NO!!! You don’t have a GLOBE Signal at your… Read more »

Pastor Bud;
All we can do is sit on the mountain and smile. Because you never beat their logic.

Thats exactly the way we do it on my farm.

Budrick Bias;
I’d be lost without my dongle in the breeze every morning. But when the rain comes this year I’ll seal it in plastic this time

Paul, I am one of your followers readers. I love reading your article. The ending of this article was absolutely hilarious! I love therd when Carabao fly. It cracked me up

Paul, I am one of your follower. I love reading your article. The ending of this article was absolutely hilarious! I love the word “when Carabao fly” It cracked me up

Nilda;
Humor by its nature is meant to be shared.

hi paul, great article as always my computer is giving me problems at the moment , i think its the modem
waiting for sky to sort it out anyway love reading your stories , derek in pasig.

Derek;
That is the daily computer story of my life. We’ll tough out.

Start a carabao army on your roof, am sure one of em will fly to the yard within a fortnight.

What a labrador can do , a carabao can do better.

Al Luz
Now that is a good memory you have, but while on a walk with Coco the Flying Lab I discovered that Carabao are afraid of her. Who new something that large could move away so fast.