A good chat with a dear person! 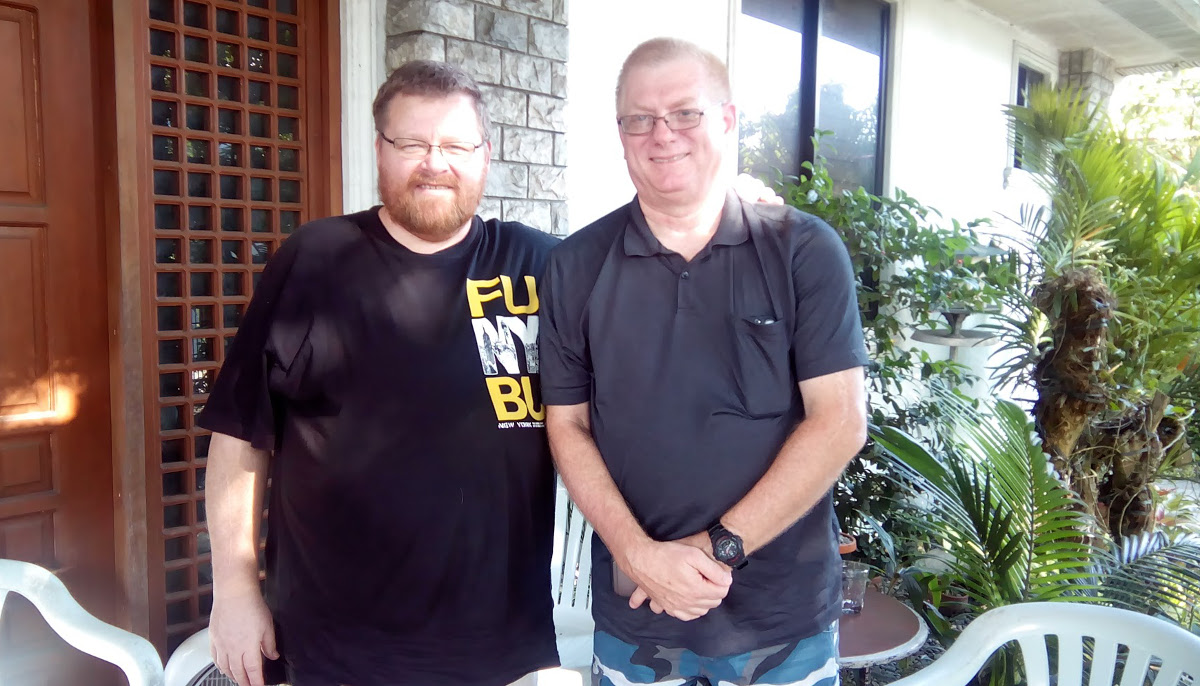 While chatting, Ninang mentioned about gifts that her daughter brought pasalubong. She said that she told her daughter that she doesn’t care if her daughter will come here without gifts as long as they will come home for a visit. She said if they need anything they can buy it here and no need to be bringing gifts. Her niece also chimes in. I guess the husband of the niece is a seaman. He works in a big ship that sails in North America right now. She also thinks the same as Ninang to not be buying gifts for others. I like her thinking that they will spends that money when the husband comes home and stays in the Philippines for a few months.

We were also talking about some of the complains of the Filipino balikbayan who come for a visit and the family members are not really satisfied of the gifts that were given. Like Ninang said, she tells some of her friends’ family to be satisfied of what was given because those people that’s giving they really sacrificed a lot to have that gift brought here. I told Ninang and her daughter and her niece that no matter how much the person are bringing here for a gifts even an airplane of gifts, still somebody in the family will not be satisfied and will say something that’s offensive. I met a lady a few years ago on an airplane ride. We were on the plane for a while and got talking. She told me that she came for a visit here and brought lots of goodies. She’s crying because she was offended by some of the comments of her distant family and not so close friends. Not satisfied of what she brought for them. She left early on her scheduled departure because she’s so disgusted with the situation. She said she would rather just go somewhere with her parents and siblings. Same happens with her Filipino husband. His family also did the same. At the end she said she would rather go take a vacation to the other countries and enjoy the vacation peacefully.

It really is sad, but it happens a lot. Look at the OFW, they work really hard and the people that left behind just don’t care how they spend the money. I’ve watch that Filipino movie “ANAK” years ago on DVD. That movie was made in the 90’s. Seeing the movie really makes me feeling sorry for the OFW that works so hard. The movie is about this mom sacrificed to be away with her kids and works abroad. She was a little bit mistreated with her employer but she endure the pain to give her kids a good life. But one of the kids was using drugs. It was an eye opener kind of movie. I’m sure too many movies now made like that kind of story. I just hope the family member here will think hard how their loved one sacrifice for them.

On my first visit to the Philippines i brought pasalubongs for people i had never met in person. Well some were not happy because some didn’t have almonds in there chocolate and others did. I was so mad due to the lack of appreciation of those people. That was the last time they received anything from me.

Hi PapaDuck – The people that’s not a close relatives are the one that’s really the complainers. In my observations anyway. I’m sure everyone here will feel the same if somebody did anything like that to them too.

*** That was the last time they received anything from me. *** — I’m with you on that. Hope they got their lesson.

Liking the beard, Bob! Looks like you’ve been taking good care of yourself nicely.

Hi Jon – Ha ha ha… Thanks for the comment Jon.

I’m very jealous of Bob’s beard. Back in the day, mine looked very much like it including the red color (even though my hair is brown). However, if I tried to grow it now, it would be all gray (even though Bob and I are close to the same age). 🙂