As the world turns!

You probably wonder why that’s the title for my article this week. Well, let me tell you the reason behind it.

Today I went to the mall with Jean and our helper. We went there to buy stuff for our online business. As soon as we entered the mall I told Jean that I will meet her up at the computer store because that’s the store she’s heading to. So I went to the store that I want to get something (I don’t want to give away the name of the store). When I enter the store, a saleslady helped me. So I told her what I want and I told her to give me a few of the items so that I can test it and I will then decide what to buy after testing the product. So she gave me like 4 items to test. I bought 2 items.

Standing like less than a meter away from me was a couple. That’s what I thought anyway. Well, the lady just smacked the saleslady that supposed to be helping them. Luckily the saleslady was quick and got away from the hit. As all of us were so shocked even the other customers. The saleslady that’s helping me immediately said to me quietly that “Oh my God the mistress nowadays had the balls to fight with the wife”. The mistress was really loud inside the store and so proud that the husband of the saleslady was with her. She’s really screaming to the wife (saleslady) “that I will go to your house and fight with you”. 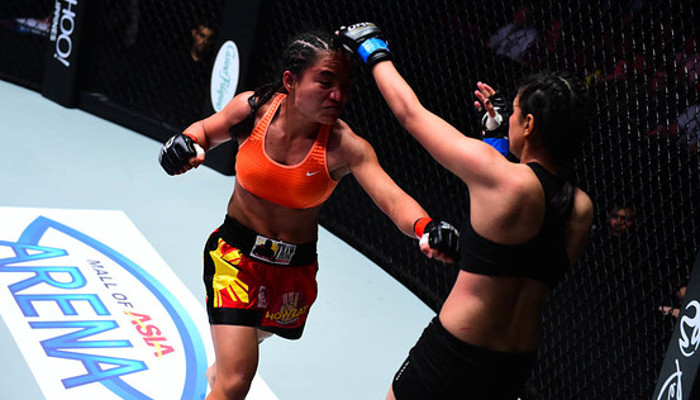 Lets get ready to rumble

I’m surprised the husband wants his wife to be out of job. His wife is pregnant with his child and he want his wife to be out of job. The story, according to the saleslady that’s helping me, the husband was just getting support from his parents, (typical the siblings lives abroad). I guess the wife told him to get a job and he doesn’t want. He just wants to hang out with his mistress. I could tell that the wife was so embarrassed by what her husband and the mistress did. When the mistress starts talking, she told them to not be there and they will talk outside her work. She said for them to go home and she will talk to them. The mistress was really pissed off that the wife doesn’t want to talk to them there at work. She starts yelling and she wanted to talk to the supervisor. The wife said to them “no need for the supervisor to get involved because this is personal problems, so you two should go home and we’ll talk later”. Just looking at the mistress I felt she’s unprofessional. She’s screaming there in the store in-front and outside the store. She should have waited when the wife was off duty or go visit at the house or go to the barangay captain and settle their differences there. 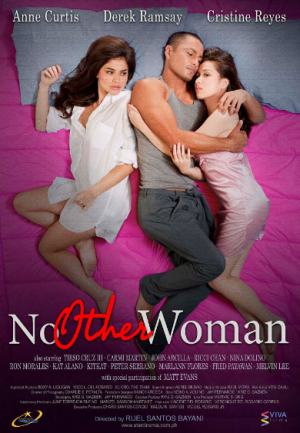 Honestly, I don’t know their situation, but the mistress should have the decency to talk somewhere and not screaming in the public like that, especially she’s the other woman. She’s even proud to be the other woman, she’s yelling to the wife before she gets out of the store “that you’re just jealous that your husband stays with me”. My goodness it’s embarrassing.

Anyway, I hope everyone had a great New Year!

Plain and simple the husband is no good and his mistress is a Bitch…..hahaha

Hi Lenny – That’s for sure. His problem the other head is the one thinking for him. For sure the mistress is really a Big B. 🙂

Good to see you here again.

I know a large hardware store worker/employee who has two mistresses and trying not very hard to get the third one, the hardware sales clerk at the front desk.
How do I know this?
As I was paying my bill and the potential third mistress was taking her time to do it, the Mr suitor showed-up requesting something from her. After she finished joyfully talking to him, I jokingly asked if he was courting her.
She said yes, but she is kind of hesitating to be his third mistress… I was floored!

Hi Palawan Bob – Holy cow! Seriously going for 3 lovers in the same work place? He is a lunatic. My goodness one might cut off his price possession. :-)… He is crazy and totally insane. I’m speechless. Lol

Thank you for sharing. You know what it might be common nowadays the story you just shared.

Nice to see you here again. Have a great day!

That’s a strange response. If you don’t like an article then don’t respond or read it. Situations like that happen on every island.

Feyma is obviously a very upstanding woman. She was shocked that this would go on. Certainly nothing wrong with that.

I guess Feyma you’ll have to check with Roy to see if he approves of your articles. Roy, are you co-owner of Bob’s site?

Hi Rusty – Thank you for responding to Roy. You’re right, I don’t need him or any other people to tell me what to write in this site. I don’t need an article police in here either.

I don’t think he wants me to go to his site and tell him what to do. Too many crazy people nowadays. Know what I mean?

Always good to see you here Rusty. You take care.

Oh My. Very good article. Thank you for sharing it. It is a shame that the husband does not honor his vows and does this to his wife.

Hi Luke, thank you. Yep, it’s unfortunate that the husband is a two timer guy and doesn’t honor his vows. I hope the wife will do something about it. Thank you for sharing your thoughts. God bless!

Its best for the wife to let them be… I mean SHE has work, and SHE deserves better than that man, this is a blessing in disguise really. Also, where was the guard during all this to remove the couple?

Hi Chris – I agree with you. This is in the mall, up to the store to hire a guard. But the mall has plenty of guards. She’s (wife/saleslady) calling the security when the mistress started yelling at her, that’s why they left before any guard gets there. Really I’m hoping she will do something with the husband and the mistress, hoping she moves on.

Thank you for stopping by and sharing your thoughts.

Have a wonderful day!

My reply was not offensive, yet you removed it. Why? I simply pointed out that it’s not good form to print simple gossip. Who cares who is screwing whom? It’s none of our business, it certainly does not need to be amplified online. This site provides good info on the PH. Please DO NOT turn into a censor against free speech. Already I’m angry, and I’m a good guy, some 27 years armed forces experience, but please do not shut me up just because I refuse to fawn with your bigoted opinion of a shop girl or her personal life.… Read more »

Roy, in the islands, all islands, all over the world, gossipping is the king! The story starts at one end of the island and by the time it reaches the other end it’s all distorted and of course greatly “amplified”. I am happy I live on an island and don’t watch TV. Island stories are more fun even if only 10% true. However, the guy looking for a third mistress seem to be true because I got it from the horse’s mouth. By the way, the guy can be found mostly sleeping under an old truck chassis in the hardware… Read more »

The thing is NOT to yield to temptation in the first place. I married my wife for life. sure I have offers (propositions, usually at Mall car parks) I am not a wealthy person (only a British state pension for income) but in my relationship with my wife I am very much loved and cared for. I would be a complete fool to risk loosing that by “Playing the field” a cheap thrill in a short stay is never worth loosing what you already have. Mind you, at 73 years of age resisting temptation is so much easier than it… Read more »

Hi Feyma, Firstly, I was not trying to be rude to you (or Bob), but maybe I’m a conservative bloke in that I think that some things are private and should not be published – online or in print. Secondly, (I think) my original post was not rude or aggressive, yet it was removed. We all currently live within a climate where we are being censored by the state, and to delete my OP was a form of censorship. Had my OP been morally offensive or crude, or defamatory, then I should be blocked. But to simply express a different… Read more »

Hi Roy, Feyma did not name names. Davao is a city of what 1 million people. She could have made the whole thing up to make her point. I don’t know and neither do you. As someone who written a few article, I will say that the writer always knows their point, but sometimes the reader doesn’t get the point. Feyma was not really commenting on who was doing who. Her issue was that the mistress was confronting the wife in public. In the Philippines, at least traditionally, there has been the concept of not losing face. Times they are… Read more »

Noooo I’m not about censoring Feyma, far from it! I stand corrected because I can see that I have caused offence here, and that was not my intention. This is not the sort of thing that I myself would comment on (online) in the UK. I do not want to to upset anybody, honestly. I think that I said what I wanted to say, so I shan’t say any more, but I am sorry if I have hurt the feelings of people in the RP. 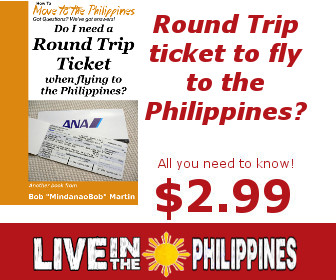