Banking days during the holiday season through early next year!

Well, Christmas is just around the corner. Just got done helping Bob with his gig as the Santa for one of the companies here in the Philippines. Now, we are getting so busy with our other on-line businesses, which means we are needing cash for every time we go to buy what we need for the orders. So it means to say also that I had to go make a trip to the bank or ATM (automated teller machine) here. We do have local and international cards.

I just saw someone posting something on Facebook about the banking days here in the Philippines during the holidays. Looking at it, it didn’t look good though. For us anyway who depend on our income through the ATM. From December 23 to January 4, theirs just 1 day that the banks will be open. The rest of the days were weekends and paid holidays that were declared by the government. My gosh for us people that live through ATM it will be a problem. They might not (likely they won’t) put enough money in the ATM machine, or keep it refilled during the holidays. I’ve seen too many people in line for it. During the holidays I’m pretty sure nobody will fill the machine again. 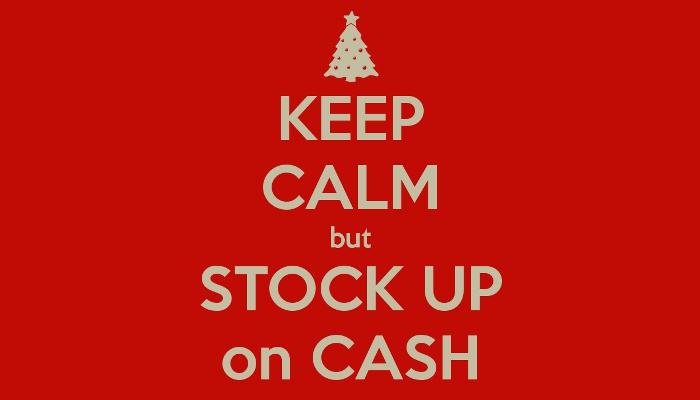 Just last week the ATM machine that I go to most of the time didn’t refill the machine over the weekend when they were out of money. I went Monday early morning. When I got there, the guard said that they might fill the machine at 9 am that day. So I went again at 9 am, as soon as I got there the guard informed me again that they’re still working in the machine and they also had the thorough check of the machine and it might be ready that afternoon. So instead of going back that afternoon, I went the following day instead, the machine was working but the guard informed me that all through the week the bank will continue on on checking thoroughly with the machine (maintenance time). So they said they might have the machine be out of service anytime too. Which means it’s a bit hassle going through and looking for another ATM. I just can’t believe that they are thoroughly checking and repairing the machine this time of the year and it’s busy time for their machine. Too many people withdrawing money. I’ve seen other foreign nationals withdrawing money there and they will be in the machine for awhile stocking up. 🙂  Just in my opinion they should do the maintenance around October or early November. Just a thought anyway.

With in this week expect long lines on the atm or the bank. Have you seen the off days of the bank after the 23rd of December?

Here’s what I know so far:

What does this mean?

So for all of you that live through ATM, better stock up on cash before the bank and ATM close down and run out of money. The machine might not be filled up until next year. I might see you guys at one of the machine. LOL

Keep in mind also that while this article focuses on ATM and Bank closures, it is likely that many other types of businesses will be closed many (or all) of the days listed as well.  Malls will be open most of those days (many malls in the Philippines are even open on Christmas day, starting at Noon), but smaller businesses are likely to be closed.  Be prepared!

Have a Merry Christmas and a Happy New Year Everyone!

Time to clear the balances off the credit cards as these will come in handy to get basic stuff like Groceries at SM.

Good idea Stephen. Malls are getting crowded now, so many malls having midnight sales.

Hope not much people at the immigration office.

Stephen didn’t mention what type of VISA he’s renewing.
If it’s a permanent VISA (ie. with ACR card), then I was under the impression that must and can only be done Jan/Feb. Is it possible to do it in advance? That would be good to know.

Yes Feyma, ATM downtime is typical in the Philippines especially in Minadanao, perhaps 50% uptime, impossible to guess for good timing, and yes the Christmas season just exacerbates that downtime. We can’t expect ATM’s to dispense cash *when* needed. I’m learning not to try to get cash at 1pm on a normal work day to pay the electricity bill when Cotelco closes at 4. Very boring waiting in the heat for hours, eventually run out of things to banter about with the guards. Got lucky last time, cash at 3:55pm and made it down the street to Cotelco just as… Read more »

Hi Ed – Luckily we have hundreds of ATM machine here in the city. If one machine goes down, just go around town and you will find one that works. 🙂 Really, I’ve done this before so it’s not new to me. Honestly I didn’t experience having problem withdrawing money after 1 pm. Knock on woods… Lucky for us here I guess… Wow, you’re lucky you got some money out. Good thing you got it after midnight, it’s already count for the next day. Since you always had problem getting money after 1 pm. If it’s really needed, just come… Read more »

Thanks for your suggestions Feyma, but even with Bob’s advisement that commuting time is now drastically cut, between leaving the house and returning would at best still take the better part of the day and greatly increase the cost of getting cash from an ATM (public transportation may be relatively cheap, only a few hundred pesos each way to Davao) but that greatly increases the cost of an ATM visit and there’s always the hour-or-two wait before the van actually leaves – twice, once to go and once to return. As for noon vrs. midnight, my withdrawals are from NorthAmerican… Read more »

Feyma;
Mayang and I were in town yesterday, she asked me to stop at our bank and she came out with a fist full of pesos. Then I remembered what you just pointed out about the banks and smiled, like you she knew and was just being prepared. Excellent advice for all LiP readers here in the Philippines!!!.

Yep, I like to share this information because I know lots of our readers here gets their money through the ATM machine every month.

Thanks Paul and have a Merry Christmas to you and Mayang!

Mrs Feyma,
Thanks, Your article was timely. I forgot all about it.

Thanks PapaDuck. Now you and Ann will stock up. LOL.. 🙂

Have a great Holiday Season to both of you!

Feyma, I’m surprised that as business owners you guys don’t have cash on hand at all times.Everyone I know in Manila that owns a business has to have a decent amount of dough on hand for supplies,payroll,and everything else.Cash is still king and I don’t see that changing anytime soon. Your article is a good reminder of how important it is to always have pesos in your pocket, and some stored away in a safe place that you can access anytime of the day. The fact that banks will only be open for one day during a two week span… Read more »

I don’t think anybody said that we have no cash on hand, why would you think that? But, as cash is used, it must be replenished. Right? 😉

Bob, I expect you’re pointing out that there’s a limit to how much “cash on hand” is normally kept. We typically arrange for various high-need payments, so it’s unreasonable to expect normal “cash on hand” to exceed a week or two normal cash needs since most household expenses are paid for by credit or debit card and one doesn’t normally need short-term cash anywhere close to multiple 5 digits for unanticipated palengke purchases, the water bill or maybe a cash pizza (Shakeys and McDo – if any in your area – take cards and all groceries take card payment).. I… Read more »

Yes, cash does need to be replenished and hopefully there is always more incoming than outgoing 🙂 I was thinking about our businesses both here in SoCal and Manila which are cash based.We never use an ATM nor have the need to.I forgot that your businesses rely on electronic payments therefore visits to an ATM would be a necessity from time to time 🙂

One good thing for us is that all except one of our businesses do not really require much cash, since they are sales of digital goods that we do not have to buy. Our gift delivery business, though, can’t operate without some daily cash outlay! 🙂

Hi Bobby – This post is really intended for those readers here that gets their money through ATM. Just a reminders that during this time of the year ATM might be offline because no cash inside. The banks are closed lots of days. Too many off days on this time of the month.

Thank you for your comment. Good to see you here.

Happy Holidays to you and your family!

Feyma, great article! Thanks for the heads-up!

Take care and Merry Christmas to you!

Hehehe, yes Feyma, *very* early in the morning to join all the other people queued waiting for the bank to open and bring the ATM back online. 🙂 As you point out, that’s a very long wait on days the bank is closed.

On the subject of banking. I am planning on buying some property in Mindanao. My bank will give me a very poor transfer rate. Is there a better way to send money to Phillipines.
Sorry, I know this is a little off topic. But it’s a dilemma I’m imminently having to deal with.

Jonathan, after my first inquiry at my (overseas) “home branch” in 2000 where they gave me a ridiculous low exchange quotation (less than half the proper exchange rate), I just got dollars for my first trip to the Philippines and (*carefully*) found an honest money-changer who gave me almost exactly what the official exchange rate was. I used him for the next few years, and if he offered me less than the proper (very fluctuating at the time) rate, I’d say “call them”, he would, and then he’d give me the proper momentary rate. Eventually my stock of paper cash… Read more »

On the subject of banking. I am planning on buying some property in Mindanao. My bank will give me a very poor transfer rate. Is there a better way to send money to Phillipines.
Sorry, I know this is a little off topic. But it’s a dilemma I’m imminently having to deal with.

Why not transfer in dollars – or whatever your home currency is – then choose a better place to exchange than a bank?

Hi Hon – Thanks for the answering to Jonathan/John’s questions.

I’m transferring money from UAE dirhams. Western Union pay 12.1 and the banks rate is 11.5
I’m exploring various options at the moment. Thanks for the advice Bob.

Hi John – Thank you for the questions. I hope Bob’s info help you out too.

Merry Christmas to you!