Electronics, Are Really Messing Up Their Lives 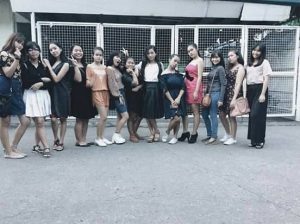 Cllamire Shaye and her batchmates

My niece and granddaughter are BFF’s aside from being cousins. Clamire Shay is now 17 and is the last child of Mayang’s twin sister Clara. So yes their names at birth were “Maria-Clara. Were they named after the iconic Philippine dress of the same name or the local Sangria Wine? (Also Maria Clara) I really don’t know and don’t think I ever will

Shay-Shay (The nickname for my niece) was born in December 1999 and could be considered a Millennial which is a misused word in the states. But she was at my house every day as a baby and toddler. And I’m her “Tito Daddy Paul” albeit Cesar is her Papa. Cesar worked for me for three years finishing up all the projects around the house. He is very talented. 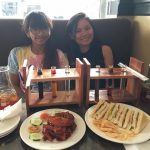 My Niece and grandsaughter BFF’s 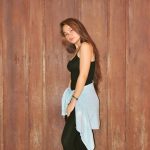 Shay goes to High School at Columbian College; because of her outgoing personality, she is quite popular. The front of my house is covered with an 11 X 20-foot tent so when her group of classmates comes up they will sometimes hang at my house. I stock soda and snacks and enjoy their company. I appear, greet, and then disappear, as it should be as an old folk!

You would expect noise, laughing and tomfoolery from that many teenagers in a group. I’ve looked out and have seen as many as ten kids hunched over all staring at their smartphones. I wondered about the poor outcast that didn’t own a phone, how their life must suck! My biggest problem at that age was a flat tire on my bike. 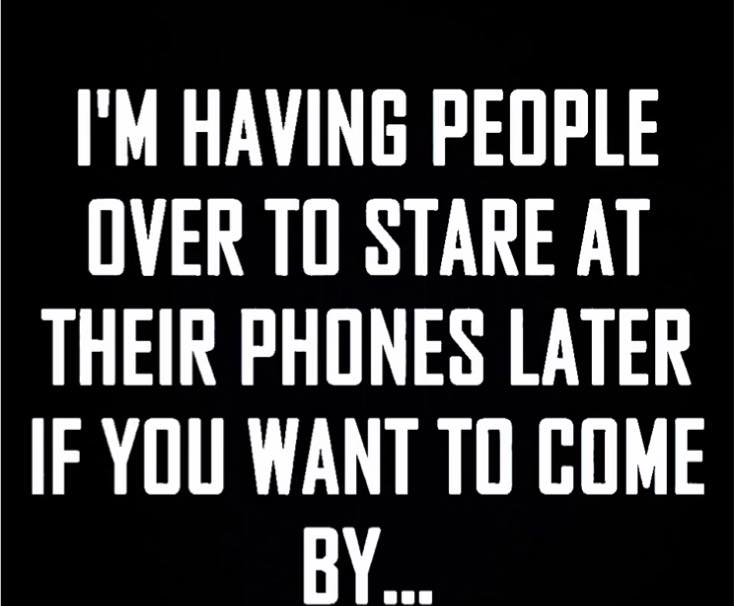 What I’m talking about.

I described this before; here in Olongapo was a large group of former shipmates meeting around town, consuming bottled chilled beverages and spreading sea stories as old sailors sometimes will. One of our shipmates took to texting without end. We attempted to show him the error of his ways. We would wait until he made a head call, and move to another table leaving his space and stuff at the old table. When he’d ask what’s up, we’d tell him we wanted to give him privacy while he was texting his friends while ignoring the friends he was sitting with. 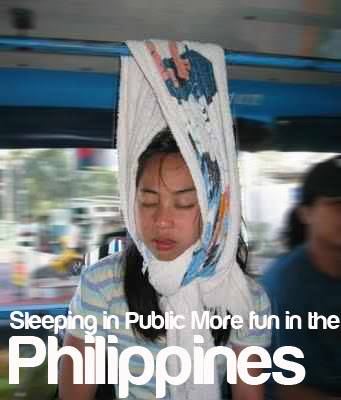 Then we imposed a texting tax, those who ignored their live friends, to be with cyberspace friends would purchase the table a round of drinks. We drank a lot of free drinks, but the problem never ended. I left a gathering at his house because of his cell phone and seldom visited with him again.

I’m pleased I missed that technological period in history that youth are slaves to now, with everyone toting their personal “Electronic Lease” around with them. Better them than me! 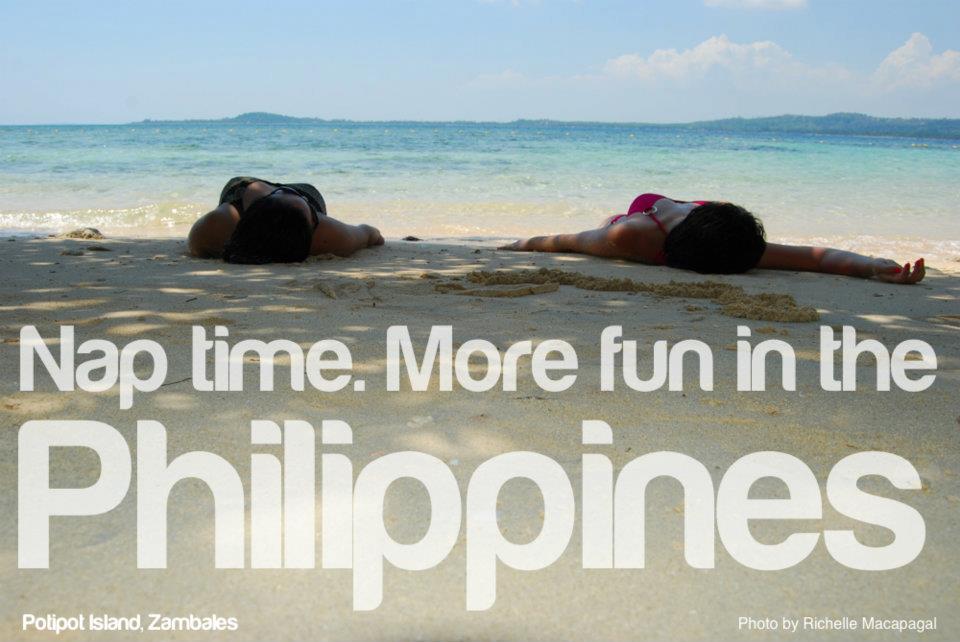 High Schools and schools of Higher Learning now recommend that students take a 20-minute nap twice a day, not to refresh themselves but to disconnect from the Smart Phones once in awhile, and lower their stress levels.

But I love naps and would carry a phone just to have those forced naps. The Philippines is a country that loves their naps, and they are blessed with the ability to nap at any time or anywhere! A trait we should all develop.

I used to have a bit of a get together every month with family, snacks and a few beverages, but no one spoke a word all had their heads in their phones, so no more. So disrespectful I dont bother talking to them anymore.

Jon;
Sadly I can relate to your complaint. as that is a pet complaint of mine too.The company that sells me a cell phone jammer that I can carry with me will become wealthy.The first place I’d use it would be at the movies.

I would be in line right behind you for that cell phone jammer.

They are available but illegal in USA and probably most countries but here in the PI probably they don’t know what the hell is going on. Dropped call.

Paul:
Maybe they have them here in the RP. I’m going to the mall bukas and check! (LOL)

Steve;
I see them used in movies all the time. (LOL)

Ironically, like all stories about how people have gone too far in obsessing over their devices, no one will be able able to read this story without some kind of gadget.

Rick,
At home on their computer without bothering all the strangers around them,in public as I still do. I NEVER turn on the Wi-Fi on my phone.

Typo: “Electronic Lease” should be “Leash” I think. My CP just woke me up. Lazada trying to call me. It isn’t even Christmas yet and they have my last 3 orders screwed up. I emailed the CEO last night and I know they are now on their toes because they have no more butts! (Just email me guys!) I hate the damn things too. They are some of the worse things to have when your boss could call you when you are out in the field working. What a perfect way to ruin a perfect Monday. I am with you… Read more »

Gary;
If that was the only misspelled word you found then I’m improving. It’s my spell check cant read my mind and know which word I wanted to use. I try to misspell more next week.
I hope it was a Colt 911 with a 15 round mag. But then it was San Francisco and I know there are no guns there. I had to go to San Francisco for many years to pick up new ships. Great town, flaky people.

Paul, the spell check is simply another part of your article here. I was pretty sure it was the spell check but then again I know at least at one time, you was a drinking man! So I used the ‘I think’ disclaimer to make things safe.

The CEO got on some asses and I got my items delivered at 8:00PM last night. My cell phone rang probably 10 times with them trying to call me. I didn’t answer.

Carl Cell phones; so now your boss can find you anytime. Now that is dumb. Like my old beepers in a pitcher of beer years ago. I was living in the Philippines but I was import in Singapore all the time. Cell phones were just getting really big but they were off the charts expensive here in the Philippines and in Singapore they were reasonable. Of course my wife and daughters all wanted one; I promised to bring some home. The top of the line Motorola was $740.00 in Manila, and $280.00 in Singapore plus Nokia were high here but… Read more »

There are variations on the text tax. You stack all the phones in the middle of the table. Whoever uses one buys the drinks. You can up the ante by requiring a round from anyone whose phone rings while at the table. But, like your friend, I suppose some just won’t take the hint.

Pete;
I understand you receive a call or text, but to ignor your friends for nothing but the phone, that’s when I walk away.

Paul,
I haven’t even owned a phone in quite a while. Why have one if you receive no calls lol. I’m with you about cell phone use in theaters. But also texting while walking around the mall.

Papa Duck;
I find text walking funny to watch, I live it when the escalator gets to the top and the texter didn’t know!.

Mr. Paul T. I love this line about “Frisco…. “Great town, flaky people…” LOL 🙂
Have great day there in DinBat.

And not even allowed to run over ’em when driving! tsk tsk Richard

Richard;
Is that true, we’re not? Damn I might have a small problem! (LOL)

Happy Veteran’s Day to you and all who served! Thank you!