I Stopped Asking Why Part II

The ongoing saga of the Hot Water on Demand machine by Panasonic is over. First, as you read this it has been installed the hot water flows like…..well??? Water!

First last week I didn’t mention that the model I wanted has a pump built in to raise the flow pressure. The water is supplied to my house from two water tanks, the large one covers the first floor and the second tank supplies the second floor, where our bedroom and bathroom is.

From the tank to the house, of course, is gravity fed, albeit it flows through a large pipe and then is reduced to a standard pipe to increase the pressure. But still not enough for me to enjoy a hot wake me up stimulating shower, so I buy the machine that gives me that, yes it is slightly higher in price but must be popular as it is out of stock, more often than not. Last week I explained that Olongapo City was tapped out (That was a pun, did you miss it?)
The 15th of December I informed Mrs. Thompson that early Saturday morning I was firing up the mighty Mitsubishi G-4 and going to Pampanga to try and avail myself of a replacement. Friday night I was informed that my son-in-law Chris and his Inova would be taking me. The cane does not affect my driving!!! 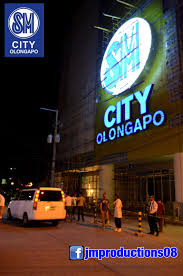 The first stop was the Home Depot, and yes they had seven in stock but the price was P 12,750.00, I told the young man that I would be back after lunch to pick it up.

Mayang wants to know why I don’t purchase it now. Because of all the employees there I pretended I didn’t hear her, which she believed as I am as deaf as a fence post. 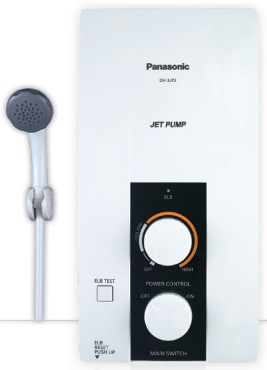 But my daughter knew why and explained it to her. There were four more big stores and there could be a better price. Olongapo they were P 10,500.00 but then you could have written P 150.00 as they were out of stock. Also with my daughter and Chris, plus my niece Shay-Shay and my granddaughter Colleen, they were also with me and they wanted a mall, not a large hardware store.

Roberson Mall Handyman City, P12, 600.00 Out of stock, SM Mall Ace Hardware…Forget-about-it. Lunch, more Christmas shopping, and deposit Paul at the Coffee Bean to sit relax (Nap) and drink coffee. I assumed we were going back to home depot, but I would be wrong Off to Wil-Con Depot (A local Hardware store??) and there it was, my Panasonic Jet Pump, a Super Duper hot water on demand Job-a-do at P 1,800.00 cheaper than Home Depot. Eureka, bells were ringing; fireworks were bursting over my head. MY QUEST WAS OVER! 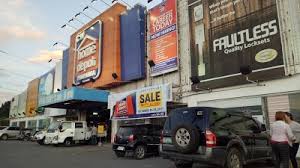 I quickly purchased it, the sales kid head was spinning, he told my pretty niece that normally the customers would have to discuss the purchase for an hour and ask five times if there was a discount. She smiled demurely as she also knew he was hitting on her. Even at my advanced age, I understood! 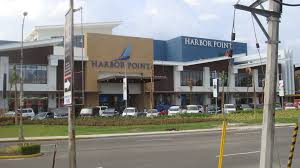 The lesson I learned is the same as the one I taught my father years ago. His Sony Trinitron ceased to function. I was between ships and flew to Cape Cod to visit him and my mom. We went up to the next big town to canvas a new TV. Dad looked at me and asked which Brand do I recommend? So I asked how long the Sony lasted. Twenty-Two years son! Then, Dad, that’s the one I’d buy!

Well maybe not, if you can’t laugh, you’ll cry! Dennis my Plumbing “Guy” got it installed and working. We tested it, all was fine! But remember where we live, the following morning I dashed to use my new shower, but alas, we had a brownout! I do not make this stuff up!!!!!!!!!!!!!!!

More fun in the Philippines.

Jonni;
It never stops, but that’s why I stay!

I did not know they even had such a thing. I may have the worse internet in the country but was lucky with the house I bought and renovated that not only do we have gravity feed tanks from the second floor but a deep water well at the corner of my property which we use and when the great city of Bislig runs out of water in the dry season I have plenty of good (filtered) water but I am able to supply my friends and neighbors with water. Since on the conversation of appliances, I would appreciate it… Read more »

I bought one of these generators about 3 years ago in Iligan City, Mindanao as a donation for the Iligan City Jail. They use it during brownouts for the water pumps and basic lighting requirements ( no escape attempts during brownouts LOL ). This generator has been reliable and other than the occasional oil change has required no other repair etc. I bought it at a local independent hardware store and if I recall I got it for 22,000 peso discounted from 24,000 peso. Made in China of course but it fills the requirement nicely. I have the USA model… Read more »

Thank you for your information. I have copied the picture and will check around Davao next month.

Paul;
You’ll need a very large generator the one pictured below will run a house with no problem but will not run a water pump also. It is too much of a power drain. Mine is a Honda and the same size. It will power the house, but not the well pump. Bring a electrical engineer to rate the power out put required before spending any money! Good Luck

Thank you Paul. I will check with my Government employed relatives if they have an electrical engineer.

Paul;
It surprises me the talent that is available in every Barangay, You’ll find someone who has the knowledge you need.. Best of luck!

Did your Generator crap out?

Loren, the generator is fine, I was heading out the door and had no time (LOL)

time for that generator purchase,,,

Are “chips” ever out of stock?

Tahimik;
Out of stock is a fact of life, Plenty of potato chips at Royal Beer is all I really worry about! (LOL)

Looks like you got a good “Philippine” price, well done.
I had a quick “google” and found that model for sale in Malaysia for 519MYR ( ~PHP6700 )
So if anyone else is looking and have friends in Malaysia, it might pay to get them to bring one home with them next time they come back.
Different models available at http://www.sjkelectrical.com.my/categories/Water-Heater-With-Jet-Pump/559

Closer to home the price is the same as Paul paid…….

Dave;
My luck if I got one from Malaysia the customs duty would kill me! (LOL)

This article reads like a Paul Thompson item although it says at the top by Bob Martin. I spotted that in the first few lines LOL. I have often thought about replacing my 40 gallon electric hot water heater with one of those instant hot water boxes, one for the shower and sink in the bathroom and one for the kitchen sink.

Bob (NY)
I saw that it was also written by Bob, but knew an error was made, as we all know the internet in’t perfect. But know that Bob will fix it when he sees it.

It’s almost as much fun reading about your adventures as you have making them. I’ve used the hard of hearing trick quite often myself. It usually seems to work.
Was the hot shower a good enough excuse to fire up the generator early? Or did you just wait it out?
Take care,
Pete

Pete;
The water heater won’t work with the generatot because of the heating devices in them, si I had to wait!

I bought my Honda generator in 1999 and it still powers up with one or two pulls. I’ll stick with the one I have.

good idea I had one in Germany alway wondered why I have a closet and a huge hot water heater when I could install one of these and just get hot water on demand. They have never made any inroads in the states.