Financially, this is the time

The Peso has hit a 12 year low

If you have been thinking of moving to the Philippines, believe me, this is the time to do it. The US dollar has been rapidly getting stronger, making life much easier and better for American expats. This affects ex-pats all around the world, but I’m here to talk about the Philippines.

When I moved here in 2000, the dollar was worth 40 pesos. After arriving, the peso just kept losing value. I saw the peso go down 42 about 44 over several years. Then the decline became even more rapid. Pretty soon we saw 50. Within a year or two after that, the all-time low was hit for the peso. The dollar was worth just over 56 pesos! American expats were celebrating. Life was easy, and life was great. Even those on a low income could live here very well. 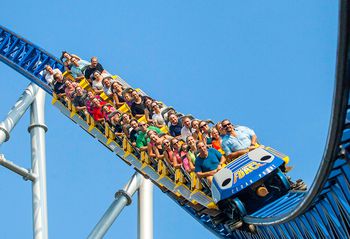 My friend was certainly right about the cheap peso

As I recall, was back around 2007 that the dollar dropped like a rock. We went from living the high life 56 pesos to the dollar, and in just a couple of years, the dollar was back again worth only 40 pesos. If you make your earning plans based on the dollar is worth 56 and it suddenly loses a huge percentage of its value, life can get difficult really quick.

During those years, I saw a lot of American expats heading back to the USA. They just no longer had enough money to live here. It was a sad truth, the American ex-pat population here must’ve dropped by at least 20% at that time.

Things have turned around in the last five years or so 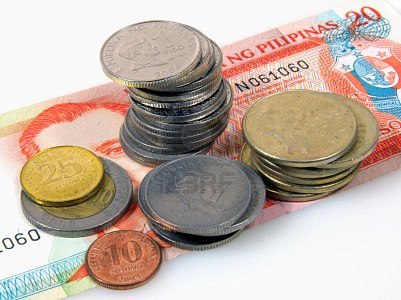 How clean is this?

Five or six years ago, the peso was still around 40 to the US dollar. But, we started seeing some changes. Pretty soon the peso hit 41, then 42, I remember my friends and I would sit in the coffee shop and dream that maybe it would hit 43, 44, or dare we say 45!

It was just a couple of years ago that the US dollar got back to buying 50 pesos again. The ex-pat community was rejoicing. Things were pretty stable for about a year remaining between 50 and 51, sometimes even dipping into the 49’s. But, this year things are on the move again.

As I write this, the peso has just gone over 53 to the dollar and is sitting at a value of around 53.4 pesos to one dollar. Most people here are speculating that the peso will continue to lose value against the US dollar.

But why should you move now?

Well, with the dollar nearing an all-time high against the peso, this is the time when your dollar will go further than ever before. If things continue to move in the same direction, we may hit an all-time peak value of the dollar in a year or less, that is what is being said here.

So, if moving to the Philippines has been on your mind, and you can do it now financially, this is probably the time to make your move. See you soon?

And if you have extra USD deposit the exchange pesos into a bank.

If you think the Peso will continue to slide, as I do, it would be better to open a dollar account, and not convert at this time.

The way you explain this is certainly encouraging, Bob. Yup, you will definitely see me there very soon!

Looking forward to it, David!

That was a long, long time ago, Luke. Yes, it can come down, but I would wager plenty of money that it won’t get to a 1:1 ratio during my lifetime. LOL

I have been coming to the Philippines since 1988 and now live here. True, 52 Pesos is a great rate. It always goes up and down, of course, but many times when the pesos get cheaper the merchants just increase the peso prices as if they themselves were tied to the dollar (many are). I’ll say this, once they increase the peso prices and the peso gets stronger, the merchants do not go back and decrease the prices to what they were! Another important factor is that you should NOT come here if you are marginal and depend and those… Read more »

Of course, there is inflation, that happens everywhere. The good rate is just a good incentive for those who are thinking of moving.

What do you think is a good retirement amount to live on?

For the post 5 or 6 years I have been saying you should have about $2,000 per month in income to live comfortably.

Bob, I’m an economist, the dreary profession. I am going to rain on your parade. You have not considered the impact of US and Philippine inflation rates on these exchange rate calculations. From 2004 (when the exchange rate was 56 per dollar) until now, prices in the Philippines have increased by about 70% compared to a 35% increase in the US. Many US pensions are tied to the inflation rate and have increased by that rate every year. For the moment, let’s say that right now the peso is at 56, so dollars change into pesos at 56 in both… Read more »

HI Don – I am going to rain on your parade as well… I understand all of that as well… my education was also in economics.

I go back to the early 1990s. The Peso was 22 against the US Dollar and on par with the Thai Bhat. It has slidden a lot against the Bhat. Many factors influence exchange rates. The PH trade balance has worsened. OFW remittances are down. Relative (to the countries being compared to) labor and capital productivity rates are important. Relative inflation rates too. Besides Fundamental factors there are Technical supply and demand issues. The strong PH GDP growth rate will work to strengthen the Peso. So too will the recent formation of credit reporting agencies which are badly needed for… Read more »

Thanks for your analysis.

I don’t get it. Isn’t it best when the value of the peso is MORE?

That is best for Filipinos who earn in Pesos and have no dollar earnings. A weak peso means that foreign currencies are stronger. If you are an expat and you get your moeny from abroad, it is far better to have a weak peso.

You are right at the P55 and the 10% interest. Building the house on those cheap pesos was a good move!

It sounds like you are doing similar to what I do, bring in the money needed, and not much more.

Bob;
The FDIC is not enough to cover your money if the bank fails, I was lucky once, so I Shan’t try it twice!