This is not 100% about living in the Philippines, but it is about me and for two and one half decades I have 100% resided within the Philippines.  This is not a complaint because just the fact I am writing this most uninformative missive proves I really have nothing to moan or groan about, I tell interested folks that if you are looking for perfection, please don’t let the rest of us where you found it. I’m happy the way it is! But I’ve yet to it find on this planet.

On Saint Patrick’s Day in 2016 I disappeared from the rolls of LiP for a couple of months, due to a medical emergency that I won’t bother you with the details of again.

But a year later I’m as good as I’ve ever going to be, and I’ve adjusted quite well to my “New Normal”  even the big blank spots in my memory that occur more than I care to admit. Things like going down stairs and standing there wondering why I was there? 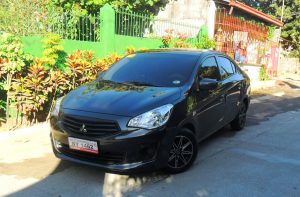 I remember how to drive

I’m going to my neurologist today  (Thursday 23 March) to try and find out why my balance is out of whack, too and why I can’t drive a car, the first few months I attempted to drive by instructing Mayang on proper driving, until she started giving me the “LOOK” don’t ask me to explain the “look” because if you have to ask, you don’t live here, or have been sipping too many San Magoo’s every day. It occurred to me that I was the one to be the one who taught her how to drive, so a fantastic driver she must already be!

Her twin sister works at the house a few hours every day to pay for her 16 year old daughter’s school, which I would have paid for anyway, because that is just how it is, living here.

So to try and solve the problem , I moved Clara to the front seat of the car and I moved to the back seat, now  the twins can yak-yak and ignore the old Kano chattering away from the back seat. Our marriage remains strong, and the “LOOK” is long gone! (On that subject anyway!) 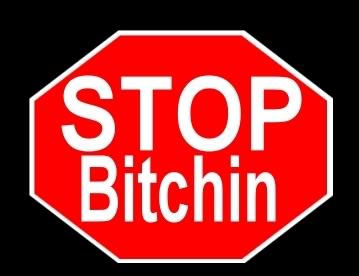 Now back to the Doctor, will I ever drive again? We are not sure. I’m fine driving on the road with buses, trucks, and other cars…But the one million 90 CC mopeds with automatic transmissions doing whatever they want on the road, like making right turns from the extreme left lane. I stopped bitching about Trike’s years ago.

On my own last March I stopped smoking and that I have no plan of starting again. But for years before that, I would only smoke outside, never near the kids or even if a restaurant allowed it. Patio bars were my smoking spots.

The other vice I gave up last March was the demon drink in all forms. So for one year I failed to have a cocktail even though no Doctor has prohibited that. 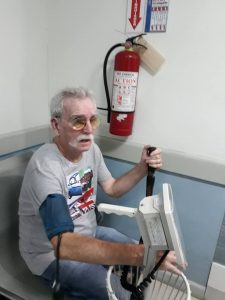 I’m afraid to even ask them because if they do say no, Mayang will take that as an edict and never again will I have one. I haven’t figured how to broach that subject. But being the crafty guy that I am, I will find a way!

Oh and after one year of non-smoking I have not become a Non Smoking Neo-Nazi, as other reformed smokers have. I don’t care about that second hand smoke. (LOL)

So without boring you with medical mumbo-jumbo, I’ll only mention, that I received great medical care here in the Philippines, but the 24 pints of Pinoy blood I had in me after the 4 operations, I had to relearn English again during the next two months! (LOL) I had nothing but nosebleeds  over that! 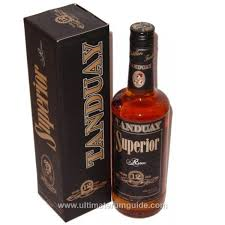 What dream world do I think I live in? My appointment was just swell, absolutely no demon rum, and no positively no beer. But a “Nice glass of wine once in a while… What the hell is a nice glass of wine? I need a male doctor who’ll understand!

But I have a nurse that is a buddy and we cut fool with each other all the time, today the sphygmomanometer was reading 155over 98 and my normal is 120 over 80, I told her it is because she excites me! Both her and my wife got a snicker out of that. On the way to the hospital I dropped by the LTO and there was my hard copy of my driver’s license ready for pick up, like a fool I viewed that as a positive omen,(When will I ever learn?) I’ve been waiting since July 2016 and a fat load of good it does me, no rum, no beer and no driving!  Paul’s new normal! 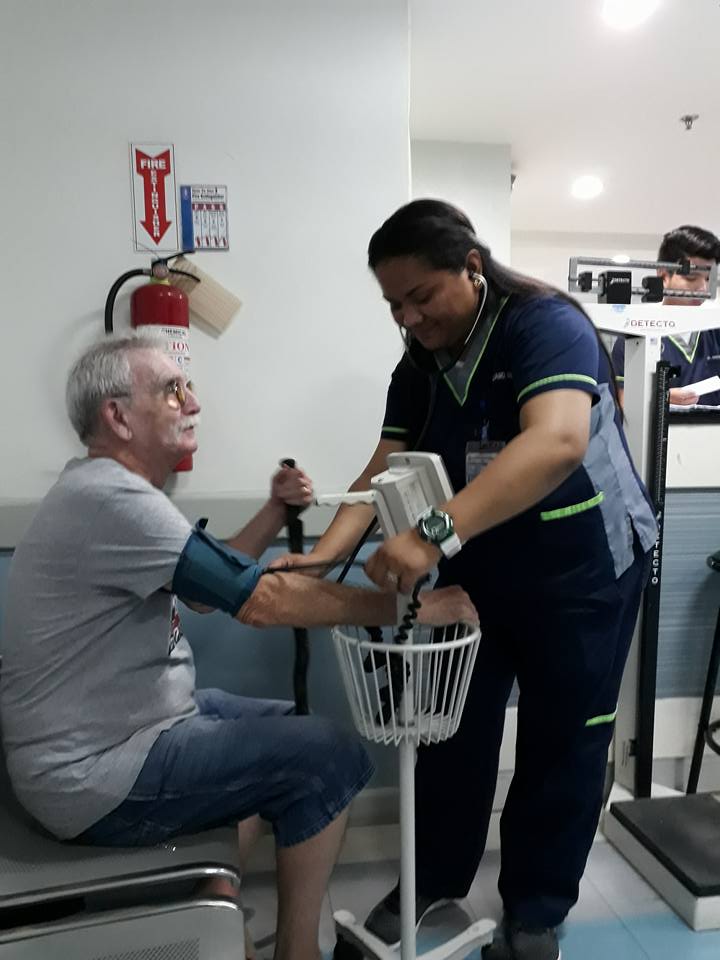 Of course my blood pressure is high, you excite me

No rum and no beer in a year? Who are you and what have you done with Paul Thompson???

Working on the theory of all things being equal, would the balance problem caused by medical problems be counteracted by an infusion of “boat drinks”. Just a thought.

Jonni Jon
First I commend you for knowing even what boat drinks are! I see no problem that a cure could be hidden within the ice cubes in the glass.

Good on you mate 🙂 Living also around Olongapo, and I am quitting smoking these days… I cross fingers that I will succeed… I also lessened my goings to Sit’n’bull and drinks with friends, on a daily basis… Going there only once in a fortnight… And as I don’t drink at home… And guess what ? I teach my asawa to drive ! ^^… Now I had to buy her a special cushion, as she was seeing only the wheel… ha ha ha… Hope your health will be ok 🙂

Hey Tripack; I like the food at Sir-N’-Bulls to only go twice a month, or I’d have to start cooking again. Before my 3 months in hospital last year, slowly I was decreasing my smoking the way you are. But when they chucked me into intensive care for 4 months, quitting became easy. But what do I do know with my huge collection of Zippo Lighters? Keep up your non smoking plan, I was amazed when I found out I didn’t smoke anymore. The drink I do miss, but I wasn’t a regular drinkin guy, never at home and only… Read more »

Hey Paul 🙂 Actually I have been a very heavy smoker for almost 45 years. Going through 3 to 4 packs a day, most of my life 🙁 I have tried everything to quit… Patches, acupuncture, hypnosis, you name it, everything failed miserably… This time I do Champix treatment, and I began the taking of the medication 7 days ago. I am now a week into it, and it works pretty well. Without even knowing it, I already lessened by half my smoking ! And on next monday, I will definitely quit. I just bought a vape (without nicotine) because… Read more »

Tripack;
Good on you, if something works then its a good thing. One year I’ve been off them and I already fell better. I won’t lecture other folks as I remember trying to quit, and I agree with you, it was not easy.I don’t recommend three months in intensive .care but keep trying no matter what!!!

Two and a half centuries. That means you’ve seen a lot of changes, right? Dang, us new folks( me a mere 4 years of living here) don’t know squat, hun?

Two and one half decades not centuries (LOL) I would have to had left the United States, before there was a United States. Marcos happened to be in charge when my Ship’s pulled into Subic Bay. Hell…even the curfew was fun.

Good morning to you there in DinBat, Mr. Paul T. I am glad you are enjoying your “new normal.” A glass of (or maybe two) wine will do you fine. Enjoy life. 🙂

Jo Ess;
A sharp stick in the eye, before I’d want a glass of fruit juice. Many bad memories of wine festivals in Europe in the 1960’s!

It’s not all bad, we can still eat, we can still rest the eyes on the fairer sex, and maybe have a few coffees or teas. Maybe Texas Joe’s around the 5th.

Glad to hear your doing good and adapting to the “new norm”. Who’s Norm?

Mike;
Doing much better, Norm is the guy from Cheers, George Went~