For those who think that the Philippines is a cheap place to live, look at the jump in prices.  And, think about the future, these price increases will only continue, buy bactrim online pharmacy, you can be sure it won’t turn around.

That’s just a few items that was on top of my head when I was writing the first post. Every 7 years it looks like the prices of the items almost jump twice as the previous price. Nowadays, you really have to wonder how can a family here in the Philippines that lives below the poverty line afford to eat descent meals everyday. 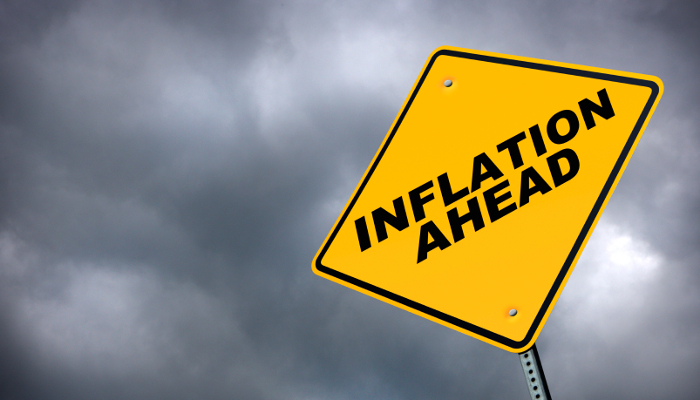 Inflation in the Philippines

The businessmen here were getting wiser though. Just for example they know the typical Filipino family can’t afford to buy the big tank of LPG/Gasul/Price Gas (the regular tank content about 11 kg inside), they now make a smaller tank content of 2.7 kg. If I remember we bought our 11 kg tank and full tank for P2k – P2,500 I think. That was around 15 years ago. We bought the bigger tank too. I can’t remember how much did we pay for that. To refill the biggest tank it will cost P3,500. The 11kg it’s between P700 – P900. I don’t know the 2.7 kg though. It must be cheaper. The prices will vary too.

Talking about the rice, the most important food in the Philippines. The 49 pesos rice, it’s already good. The low end rice might cost P30 (they called that NFA). Higher price rice the better. What I usually do with our rice, I will buy the 49 pesos, then I will buy some red color rice (denorado) and the black rice (they call it tapul in Bisaya). I mix all those rice and the color changes. Just put small amount of the tapul. If it’s white all the time it gets boring. It cost a little bit more but everyone in the house likes it. Even Bob, he eats rice porridge in the morning for breakfast. He likes the colored rice.

I just went to Swiss Deli today to buy bread. We like to buy their Ciabata bread. When we bought that bread many years back the bread was longer and cheaper. Now the ciabata bread got shorter and price higher. It just shows all the products really went up. Same with the powdered juice here like Tang, Nestea, Eight O’clock and many others. Prices were too higher and the content gets smaller.

It’s really easy to get imported items now, with S & R just around the corner from us. If you’re loaded with dough buying at S & R is not a pain for you. They almost have anything you want. I was looking at their meats. They have Wagyu meat, meat from Australia, New Zealand. Good looking meat. Imported seafoods & fish  from the States.

Luckily, the people that lives below the poverty line now can afford at least for the clothing too. They had choices for Ukay-Ukay or those clothes that’s made in China or something that they sells now in many shops in Davao. 2 shirts sometimes cost 180 pesos or below. The thinner people really can get all the fashion they want. So many choices for them. I guess for bigger people just go for the ukay-ukay then.

That’s also happening here in Canada! I remember buying apple juice in a can. It used to be 2 litres. Then it went down to 1.89, 1.5 and now 1.09 litres for the same price. And talk about beef prices. It’s through the roof. I usually buy things on sale. Luckily, it’s only my husband and I but I can only imagine how much a family has to spend on groceries.

Hi Maria – I figured it too. Only thing at least people there can afford compared to the people below the poverty line here. It’s so depressing really seeing them struggle. Hmmm… It thought its not so common there with the product shrinking in sizes. I thought they will just raised the prices. It shows I’m out of touch over there. LOL The local beef is already high in price, geez, if you can see the imported beef like Wagyu beef, wow, the price is just up to the roof. 🙂 Hey, typical households here consist of more than 5… Read more »

Hi Carl – Thank you so much!

Good to see you here my dear friend!

Mrs Feyma,
We usually buy the red rice for 60p kilo. I don’t mind spending extra for imported since we can afford it.

Hi PapaDuck – We do buy 3 different kinds of rice and will mix them. Good for a change sometimes. 🙂

We do spend on the imported stuff. But I’m trying to used the local product as much as possible. Ha ha ha…

Always good to see you here. Have a great day!

I’m assuming you list the items to buy once your there that just does not make sense to ship. As well as some of the items you might want to bring with you that are hard to get there included in your moving to Philippines digital books? Do you see Electric tooth brushes there ? I love my electric toothbrush.

Hi Michael – To be honest to many stores here carries imported stuff. I’ve seen many electric toothbrush here SM, Gaisano, NCCC, S & R & many more. Bob was right too darn expensive. We used to have electric toothbrush in our household. I mean all of us.

Hi Michael. There are electric toothbrushes here, but they are very expensive (all electronics are expensive here), and also a limited variety.

Yes correct I mentioned before when I went to the U S a few months ago I was shell schocked with food prices there…Fruits were selling for $4.00 per pound…I bought 2 small apricots (because hadn’t had them for years) and they cost me 80 cents each….Meats tremendously high..I knew prices were going to go up here after being there..

Hi Lenny – That’s what I’ve been hearing from friends. I guess at the end, it might still be cheaper to live in this part of the world then. Lol

I’m so glad that Bob and the kids are so into the local fruit here. If they don’t, my gosh we have to be buying the expensive imported fruits. Sigh

Hi feyma, it’s the low income family you have to feel sorry for, we can afford to eat well my wife Cooks different food instead of relying on rice for every meal , the price of rice we buy is usually About p48 pesos but you can buy nice quality potatos on our local market for about p 30 to p35 pesos, Going out for a meal we went to Kenny Rogers like every were else meals getting smaller price gets Higher, i think the trick is to eat different types of food easier said than done cause I know… Read more »

Hi Derek – Exactly. I guess go for the way cheaper rice and eat lots of vegetables. It’s hard seeing poor people (the beggars and the below the poverty line) here. But we can’t help all of them though. Same here we can buy good size potatoes on our local public market and good quality rice that’s affordable for us. Good thing here in Mindanao our fruits, vegetables are grown not far from us and it sold in the public market in a reasonable price. Its much cheaper if you buy at the farm. Just don’t buy too much at… Read more »

Hi Feyma.
Everything here in the States is going through the roof also, except gasoline which actually came down in price. Filled both of my tanks on my regular size Van ( 40 gallons) for about $80 @ 1.95 per gallon. Of course it will go back up,lol.
Rice of course has also gone up, so has ALL meats. Time to start raising Rabbits for meat, but will wait for that when I get there.

Hi Heinz – I guess people all over the world experiencing the high price problem. Even if the gas become cheaper here, I doubt if the public transport would rollback the price. Some place did, and the drivers went on strike. So the public has no choice but to accept it.

*** Rice of course has also gone up, so has ALL meats. Time to start raising Rabbits for meat, but will wait for that when I get there. *** ———— Not a bad idea… LOL

Good to see you here again!