The Check is in the Mail

Great lies I’ve been told while here in the Philippines, I’ll admit that falling for them was 99% my fault for taking other peoples word on it, or for reading it on the internet and not verifying it. And no doubt it will happen again.

When I moved to the mountain in Bataan I was told that the internet and cable were right behind. Call me Chuck or a cockeyed idealist and take that hook out of my mouth, as that bait has grown rancid over the years. 10 years later a neighborhood kid showed me that if I turn my old Nokia phone to data and hook it to my computer I could dangle the phone out the window, and I’d be connected to the World Wide Web. It worked, somewhat, albeit not the best, but stubbornly it did work!

But “BOY” was it DEAR, or expensive, yet after ten years in the dark, shouting in the wilderness you finally get it, you tend not to complain. Next (And I still use it) came the Wi-Fi dongle, still hanging out my window, bur I did upgrade to a Samsung Galaxy Smart Phone. Good internet? I’m still waiting.

1999 and I’m still loving the mountain even without some of the amenities that as a Kano I’d become accustomed to in that thriving metropolis called Olongapo City. 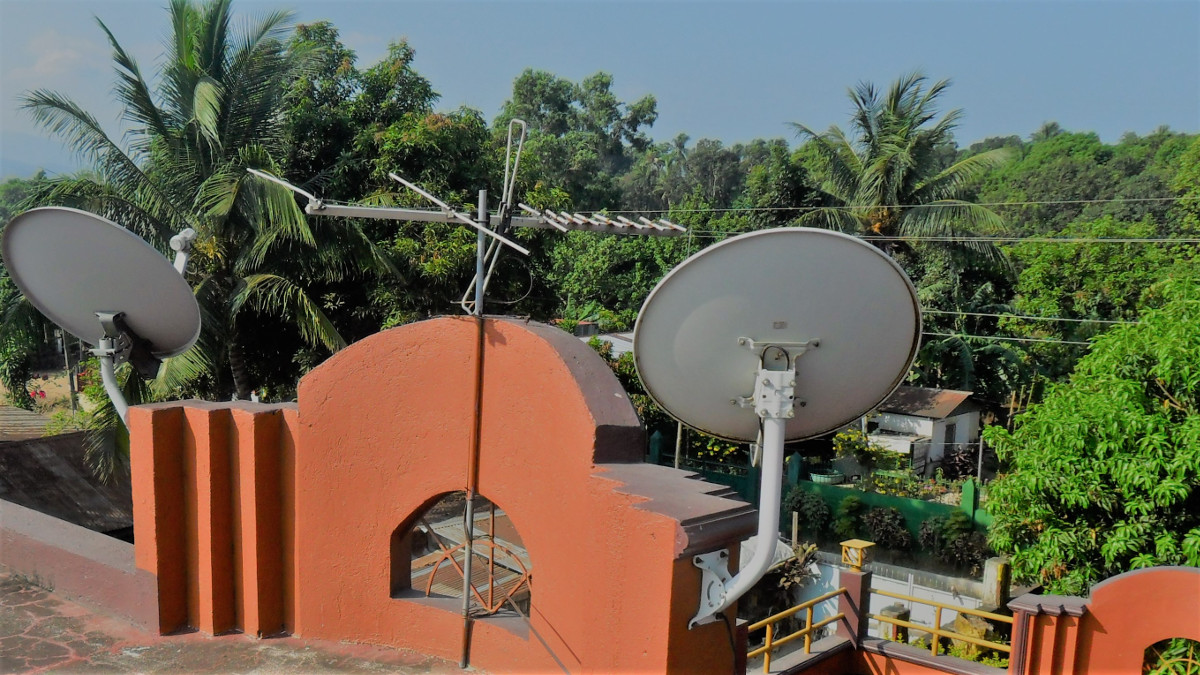 My dearest wife informed me that a TV antenna atop of a 30 foot bamboo pole was as good as TV was ever gonna get But with a two story building I saw no need for the bamboo so I changed it. .

While driving home from Olongapo city my first few months I spied a TV satellite dish on a roof of a house close by. I shouted: “WHOA Nellie!  Mrs. Thompson stop the car, we need to talk to the owner of that house. The Dream Satellite system was what it was called, and you can avail of it throughout the Philippines and a few days later it was on my roof. Many useless TV channels unless you spoke French or Chinese. It came with 65 assorted channels and over the years they removed many channels and never replaced them with anything. But it beat the hell out of that old bamboo pole!!! Then came CIGNAL the new kid on the block, I kicked Dream out and hired the new guy. 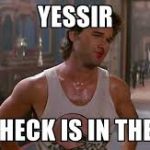 The check is in the mail

Shouting in the wilderness

Dream is now bankrupted, or down the road, a group of unemployed people!  Now for the “Big Lie” Dream promised internet through their system and 15 years later had never installed it. During a meeting with CIGNAL bosses, one recommendation was made to them, it was, do not promise your customers internet if you have no intention of providing it just don’t bother to mention it in the first place, that would be a hurtful thing to do. This week they announced that Internet is coming to us. Pray we hope that they are not just putting a check in the mail, we have heard that lie before.

My brother has Satellite Internet here in the USA, I think the name of it is skyblue or something similar to that. A few things it does not handle well are skype and a few other things but the only other alternative he has is dial up which is just about useless on todays internet. I hope the system Cignal is promising comes true for you.

Bob (NY)
Like most things, it is but a hope and a prayer.. Skype is for our grand kids to call their grandmother and I’ll join in. My computer has no camera and never will, I’ve seen too many movies where the government democrats will spy on you and Susan Rice will out you to the world!

I have always heard horror stories from people using satellite TV. Be careful what you sign. Sat TV is best with a clear LoS. Rain will probably kill any internet you may get.

Gcl65
Where I live satellite is all we’ll ever get, we (Because of cell phone) well never see a land line or cable TV. But my dream system had the rain problem since 1999. So yes the internet will be affected too, but it will be better than any internet we’ll ever have. (We are doomed here on the mountain! )LOL)

Yes Sir I understand 100%. In the Philippines you have or you have not most of the time. Rarely is there any ‘in between’ here. I was on the smart pocket wifi BS for a while. It was poor then they changed the plan to surf max. 800MB a day BS. I was lucky if I could get a 100 out of it. I called and complained and they fix it for a few days. Globe offered me a landline with 15mb DSL line for p1600. Works just fine. Couldn’t be happier. I just let you know so you wouldn’t… Read more »

gc165
Where I live we get nothing, running water is new here. But I’ll pick here over anywhere else

This was good reading, Bob.

Thanks Gil. Paul Thompson will appreciate this.

Bob and Gil;
Thank you both I’m as pleased as punch! (LOL)

So true in so many ways. I have not heard that Signal, will be going with internet also. But I have Globe for internet and house phone and have great service and then use Cignal for our tv’s. Hoping that they stay good.

I also have Globe DSL for a backup Internet Provider. They have always provided me excellent service.

I have some doubts about cable tv/internet… Some of my friends here, in Barretto, signed up for this with CaTV, they pay quite a big fee, get a lot of promesses, and are barely able to get their e-mails… when they get them at all…. I am also looking for some farm land around, as i want to settle my pinoy family there, along with us. Knowing that I will probably have to dig my well for water, go solar for power and solve my phone/internet issue (i am a huge consumer…) I did look a bit around for solutions…… Read more »

Tripack;
25 years ago I went through all the problem solving over power, water internet trash removal ect. It was part of the fun of living here (LOL)

Luke;
My friends in town have great interwebby, and most use cable TV (With internet) or PLDT and other providers, but remember it was 5 years ago we just got running water, And trash removal is infrequent for the last 2 years.. But I still won’t move!!!!!!!!!!!

I am thinking of going back to the old ways of the west. Smoke Signals

Loren;
But we don’t smoke anymore!!!