Over the weekend, I got an email from a blog reader.  He had a personal issue with which he needed some help.  In his email, the reader said that he felt he may need an attorney, but was there any attorney I could trust and recommend to him.  Based on the issue, I did feel that it was best handled by a Philippine attorney.  It was an immigration issue, one that could be quite serious, so I gave the gentleman a list of Bureau of Immigration accredited attorneys.  These are attorneys that have been certified and they deal with the Bureau of Immigration on a daily basis.

Within 5 minutes after replying to his email I got a response from him.  Four simple words:  do you trust them?

My friends, there are people in every country who cannot be trusted.  A lot of people I talk to or hear from always talk about not being able to trust Filipinos.

They will cheat me. 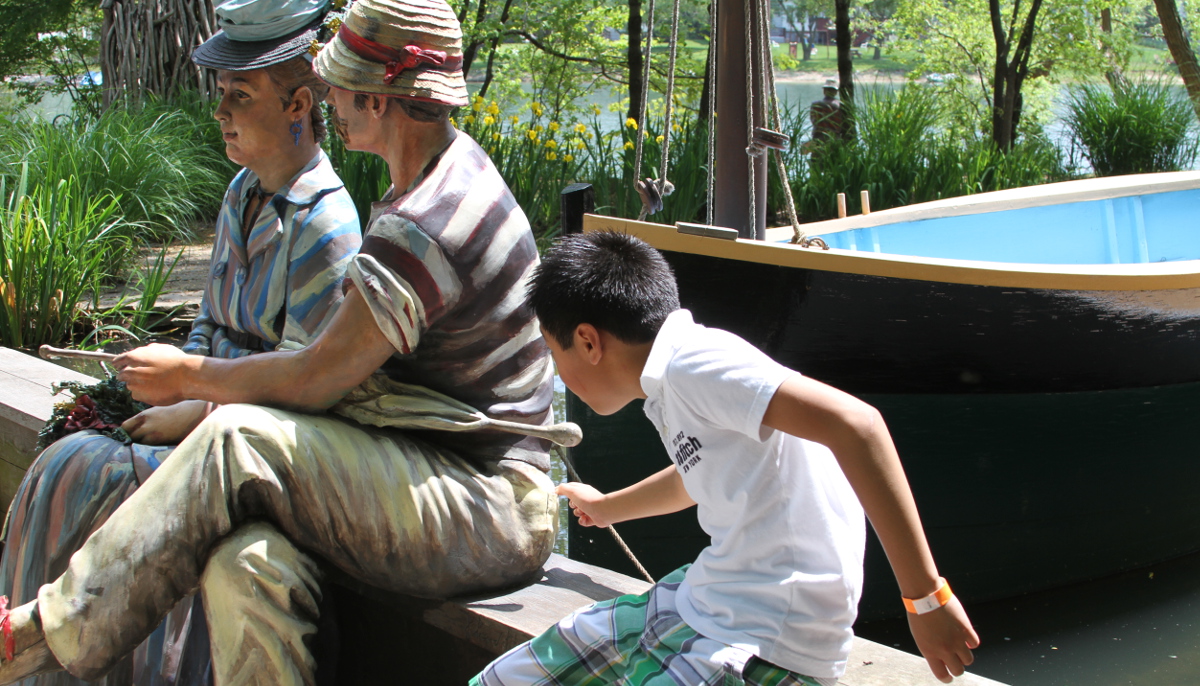 Pickpocket in the Philippines

The truth is that the people who are most scared of being ripped off, and have the least amount of trust in Filipinos are usually the ones that get ripped off! Why?  Well, I am not sure, but I do feel that when you have that kind of attitude, you kind of broadcast it and the people around you pick up on your fear or distrust.  That is a signal to those who do intend you harm that it might be time for them to move in.

Sure, there are people in the Philippines who are out to rip you off.  There are also rip off artists in every other country as well.  Ever heard of Bernard Madoff?  He probably is one of the very top rip off artists that the world has ever seen, and I can assure you that he is not Filipino!

Seriously, if you fear Filipinos so much, why move here?  I meet expats here all the time, just casually,maybe I see them in the mall or at a coffee shop.  They will invariably come up to me and strike up a conversation.  Probably 60% of the time I will suddenly hear them talk about being ripped off, or not being able to trust Filipinos.

This is the Philippines.  It is, by nature, a nation of Filipinos.  If you feel that so many Filipinos are out to steal from you, it is probably best to not even come here, or when you start feeling that way after you are here, good time to leave and go home.

I have lived here for nearly 16 years.  I have been ripped off.  I also had been ripped off in the USA when I lived there.  But, I don’t think that all Americans, and certainly not all Filipinos are out to steal from me!

In my years of living in the Philippines, I can recall being ripped off twice.  Maybe there were other times, but nothing major.

Do office robberies happen in the States?  You better believe that they do.  What about pickpockets?  Sure, it happens everywhere.

After you are here for a while, you do learn the scams and how to spot them before they hit you.  But, overall, I do not consider the Philippines to be a super high crime place, and that is particularly true of Davao, where I live.

You ALWAYS find what you expect.

That is so true, Byron. Anytime you are on the constant lookout for the boogey man, he always seems to show up!

What you fear is what you get the most of, The opposite is also true.

Hi Randy – It seems like a very consistent train of thought going on in the comments here. I also find that to be quite correct.

Love your blog, I started coming to the Philippines 18 years ago on a job assignment lasting 3 years and when the assignment ended i needed to return to the U.S. heart broken. I fell in love with this country. The people, the food, and the culture. I had returned once every year and now I’m retiring here. I have heard all the stories. I was born and raised in Chicago and of course there are stories there too. Just for the record…Davao City has been reported as the 4th safest city in the world… Quite an accomplishment for the… Read more »

Hi Barry – Mayor Duterte is tough on crime indeed. I believe he is a good man, at least he gives every indication of being so. I hope your reitement here in Davao works out for you!

One truism I’ve had to learn over my years is that one can never achieve more than the highest level of their lowest expectations. Another way to put it; a “Self fulfilling Prophecy”.

Hi Ronald – Ohhh. I like that! Very well said, and so true!

That is so true! You are the same person even if you move, so when you come to the Philippines you will still be the same as before, just in a different country! 🙂

Bob; Every country on earth has the underclass who will steal from you, the Philippines has no more or no less than any place else. I use a money clip in my front pants pocket close to highly sensitive sections of my person. Someone still might get it but better than a fat wallet in your back pocket. As far as scams and flim-flams, an honest man will seldom be cheated, as he know it doesn’t pass the smell test. Like you I also wonder why people who feel that way would move here. Wouldn’t that be the same as… Read more »

Paul, it really baffles me when somebody will email me and complain about “all of the crime” here in the Philippines, everybody is out to rip you off, etc.. an in the next paragraph they say that they will be moving here next month and can’t wait to get here! Ha ha… makes no sense!

I keep my money in my front pocket also. Chiropractor suggested it would be better for my back (seriously). I guess carrying all that money around in my back pocket was just too much for my back.

Bob,
You hit the nail on the head with this article. I am with you why move to a place where you will distrust everyone. I have always been told “You reap what you sew.” You have distrust of everyone you will find it. To be quite honest I find this to be a bigoted view of people. I am really perplexed by this person being married, I presume, to a Filipina and not trusting Filipinos in general.

Like you, Scott, I don’t understand how a person (or why) could be married to a Filipino, yet distrust basically all Filipinos. But, even though I don’t understand it, it is also VERY common. I hear from people like that all the time. I think most people distrust Filipinos. My experience is quite the opposite, though, I have found lots of reason to put great trust in the Filipino people that I deal with.

Bob, One of the reasons I tend to shy away from meeting other expats. My wife will be “babe look American.” I am like ya lets just mind our own business. I have had my bouts with Ugly Expats before. While in Baybay Leyte I had some guys from Australia yell across a crowded restaurant at me. They were drunk and kept yelling Where you from mate. I ignored them then they stopped my wife and was questioning here. I got up went to the table I plainly told them I am not your mate and quit yelling as they… Read more »

Hi Scott. There are certainly plenty of unruly expats. However expats are also entitled to a fair shake and not being judged before they have shown their stripes. I suppose that those guys made everything pretty clear when they started shouting across the restaurant.

Bob please don’t get me wrong, I am not antisocial but rather just a quiet and private person. I meet expats thru other expats or my asawa’s friends husbands. I do talk to some strangers if we are waiting for a taxi, or a ferry, or we are at a party. Just not the type of person to walk up and talk to people in the mall. But I can see since you are somewhat a public figure, that people recognize you from the website and they come up to you to talk.

No worries, Scott. I understand that perfectly.

i’m the same way scott nothing wrong with that

Trust is earned not given. I trust that people have their own best interests in mind, not necessarily mine. That goes for wherever I am.

I agree that trust is earned not given
Shouldn’t distrust also be earned? In this case it seems that am entire nation is actively distrusted unless they prove otherwise. Shouldn’t the feeling be neutral toward the trust issue for starters?

Distrust is earned just like trust. You have to start somewhere or you will be a lonely paranoid individual.

Yes! Exactly my point. At the very minimum you should start out as neutral. I tend to lead toward trues with new people, and hopefully trust grows as you gain more experience with the person in question!

As I always say..there are good and bad people everywhere …in every race , in every land.. Always have been.. always will be …

Some people don’t seem to understand that, Malcolm, but it is so true! Kumusta ka, amigo?

You take care there Bob, me and Jenny are having a day at the seaside tomorrow, its about 120 miles to the sea from here. How is your son doing in the US of A? Our son is back from China land but hoping to go back again soon ! !

Oh, that sounds so nice, Malcolm Mac! Please pass our best along to Jenny. Yes, Aaron is still in the USA and he is doing fine! Seems to be enjoying himself. He has another 3 months or to before he comes home.

Excellent post Bob!!! A major move to such a wonderful place as the Philippines should be taken with complete enthusiasm and optimism not doubt and fear. Ripoffs are a global epidemic

For sure, Lou. Thanks for stopping by.

Bob, people are the same good and bad were ever you go if people have a attitude like that stay at home don’t come to the Philippines, I have a lot of Filipino friends i trust 100 percent , you just have to be careful what you do And always be aware there’s a story on face book now regarding a foreigner Who’s ripped off hundreds of Filipinos with a scam in Manila pretending to Have been robbed and injured he plays on people’s trust who give him money For a taxi home he’s done it hundreds of times, finally… Read more »

Hi Derek – I have heard of a number of stories over the years of foreigners running scam operations in various parts of the Philippines. I think it is actually pretty easy for a foreigner to do, because Filipinos have such an affinity and trust of foreigners. Really sad. My experience with Filipinos is that not only can most be trusted, but they will go way beyond their means to help if at all possible.