No this story does not pertain to imbibing any adult beverages. Early this month I told you about going to Olongapo to pay my Head Tax of ₱310 Philippine immigration tax. This is a very simple affair, show up, hand over your I-Card pay the pesos and as I said then Ditty Na down life’s highway. The boss was there and knew me from many years doing this simple choir, but it also took long years before we chatted or spoke. When the first I-Card was issued, it took me 4 years to receive mine. Here is our first meeting: I stop by every month and talk to his employee to see if my card had arrived yet. The young fella was not at his desk this time, so I just sat down and was reading a book. Time passed and the boss came over and introduced himself, I stood and shook hands and did the same. 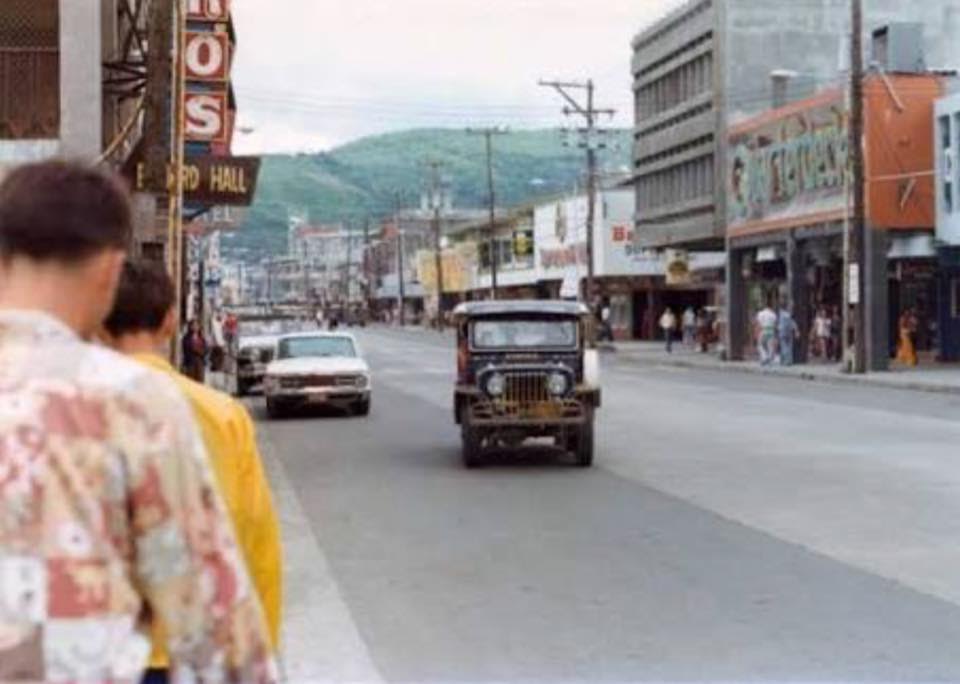 He asked me why I was there every month and I explained about the absent I-Card from Mega Manila. He went back to his desk, and then quickly returned and opened the draw on the employee’s desk rummaged around and pulled out a stack of dusty I-cards all wrapped tight in rubber bands. He broke open the stack, split it in half and handed me a pile. Within a few minutes he found my I-card. I signed the log book, and thanked the El Jefe, when he asked me if I wanted to file a complaint. I shook my head and declined as I had no desire to see the young man chastised. I started laughing and said; “But I’ll miss dropping by every month and reading my book.” The subject was closed, until the following year I had to renew my now-old I-Card. Off to Manila Ziggity Zig, and all was well. Weeks later sitting at my friends bar the young man came in and presented me with my new I-card. I thanked him and he left. All my friends asked about it and I said; “They do that for everyone don’t they?” Well I guess not, and a long time later I told my friends the truth.

I stopped and thanked el Jefe for that courtesy, he said you didn’t want to cause his nephew a problem and I was nice to drop it any complaint.

Last week, I told you about the trip I must make to Manila to renew my I-Card ten years later and how the El Jefe could not help me solve that problem. While doing my income tax at the American Legion, Someone tapped my shoulder. It was the bosses nephew from the Dept. if Immigration, could I meet him (El Jefe) at Kong’s Restaurant across the street (Lunch Time of course and I’ll pay.)

I found that there was a way that I could avoid the trip to Manila because of my medical problems and under my Doctor’s advice I should not make the trip. He talked to the people in Manila and found that with a letter from my doctor, it could be done, but because of lawyers as a representative and a small fee. I will be done for me. If I had to go, it would cost me four times as much because I’d have to hire two vans for the two trips required, plus two hotel rooms’ one per trip. So a lot more then the lawyers cost. I paid out the money and they are on the way while I stay home! Now it will be awhile before I see my new I-card again, but I’m fine as they gave me a receipt, and I already know they are good for at least four years.

So once again tit was proved that no one knows everything and that the Philippines has compassion for us old and feeble folks.

Testing Bob’s site, to see if this week it’s working!

Working for me, I had it in the back of my head somewhere that you could send a representative in certain circumstances. Glad you got there in the end.

Gary;
I’d much rather make the trip then put up with the medical hassles, but I do thank the Philippines for helping out!

Hi Paul,
Looks like the “gods” are smiling on you!
Paid my annual I-card fee last week in Manila and what a great surprise. For the past 9 years it’s has been a soul destroying 3 to 4 hour wait in an airless, windowless corridor (not even an electric fan for company). Big change this year, very efficient, lots of smiling staff. Arrived, registered, assessed and paid the ₱310 in less than 10 minutes :-))

Steve;
The Gods were dancing for you, that was the best I card story I’ve heard so far!

Mr. Paul T. Another excellent article “how to get things done” ..not only in the Philippines but in Puerto Rico, Mexico , and in Central and South America. It is good to use common sense and be humble sometimes. De acuerdo? 🙂

Jose;
Puerto Rico was my training ground, while in Licence center to get my bar licence, I took the two ladies to lunch, that afternoon when their Jefe returned he was told to fix me up with no waiting.Very pleasant!

Paul,
Going to Immigration in the Provinces is a joy. Was in and out in less than 5 minutes for the Annual Report.

Papa Duck;
Paying the head tax is now so smooth I plan other things to do that day. In days of yore it took the whole day. It is great now, and remember to keep those receipts you need the last five to renew your I-Card.

I see your test.

AF Guy, I was hoping someone saw it! Thanks, Bub did a test too.

Jim;
Bob has been working hard to fix it Today it is working fine!

Paul,
Great article. My wife and I are currently building a house in Davao. I have ready many web sites over the last 10 years about living in the Philippines, building houses, and many other in-country topics. In those 10 years the best advise I have learned has been from you and can be summed in the phrase “don’t make unnecessary enemies”. Thanks for your time and contributing your insight. Your time and experience is indeed helping others.

Steve;
Never lecture jut point out the fun you can have, I learn well that way (L)L

Hey Paul…. Glad to see ya dont have to make the Manila trip, albeit I am a bit jealous:) Wish I could avoid the madness, but unfortunately Delta does not go to Clark… But I am optimistic for a more enjoyable experience this time…. The wife found a hotel next to her beloved Glorietta Mall that provides transport on arrival/departure and has numerous drinking establishments close by for me to enjoy while she shops…. Dont have to hassle with any taxi drivers this trip….. We look forward to seeing you and Mayang in a few months….

This is only a test.

Good information, Thank you Paul. This is for Bob and Paul I have a question 0r 3. I need to renew my ACR I-card by 8/13/18. Question 1-How early can it be renewed. Is there a window like 90 days before? Question 2- I know I need to fill out the application for renewal, and will need my ACR I-card and photocopies of my passport But what do they mean by latest admission with valid authorized stay (is this a photocopy of the re-entry stamp when I returned from vacation out of the country? Question 3- What else will I… Read more »

Hi Luke – Q1 – I know you can do it 2 months ahead, but not sure if you can do it longer than that. Q2 – They want a copy of your passport entry the last time you entered the country. Q3 – You will need ID photos I know. Not sure what else, I am due next year. A lot can change in 5 years, so I won’t know for sure until I go do the renewal. Sorry I can’t be too helpful on that! 🙂

Luke Tynan…Just done my 13a renewal in Davao.Note you have to do your annual report before they will process you.This is the requirement list.

Note at the bottom.Need to do it 2 months before expiry because they take your current card and tell you that if you leave PH before receipt of your new card you will revert back to tourist on return.

Advised me to ring in 2 to 3 months to see if my new card has been received by Davao office.

David Stott How do I get the BOC order? This is new to me. I have been doing my Annual reports in Cagayan de Oro so no trouble for that..And I will do the renewal in Manila around June 2018. So I will have the Jan 2018 annual done.

Luke Tynan..The BOC order should be attached to your 13a documentation,given to you at the time your 13a permanent was approved.

It’s basically a form signed by the commissioners who approved your 13a.It came back to me in a folder with all the copy documents that I had given them the year before.