Wow! A nice public market in the Philippines! 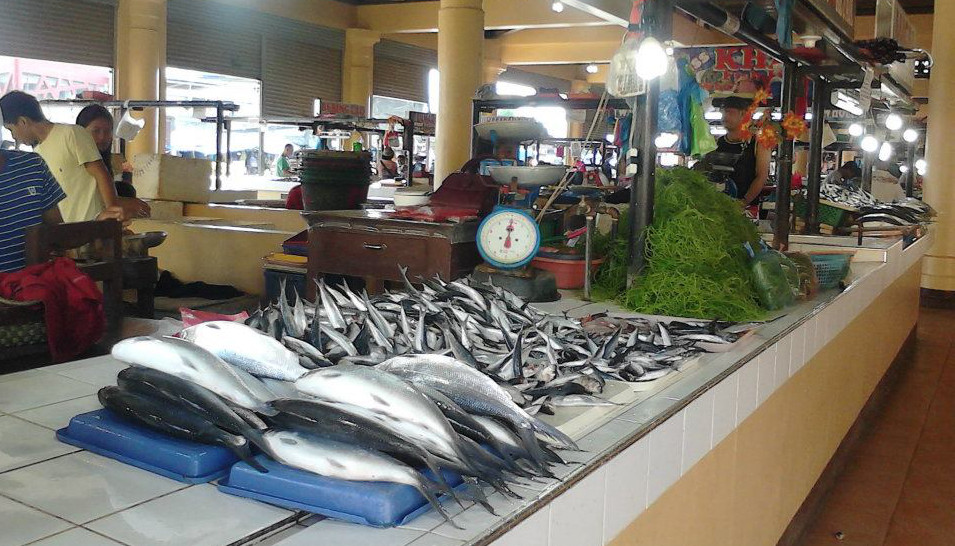 Two weeks ago I saw on my newsfeed on Facebook some really awesome pictures of a public market. I thought at first it’s somewhere from other countries in Asia. I didn’t really look at the text or anything. Then I saw it again, so I checked it out. I was so amazed and so happy that the place, it’s here in the Philippines in Maramag, Bukidnon in the island of Mindanao to be exact. It’s shocking, don’t you think? I never thought it could happened here in the Philippines. I’ve dreamed of places like this for so many years. I’ve seen places like this on TV. I’ve seen the Pike’s Market in Seattle and it’s really clean and orderly. In Europe I only saw that on TV. As you know the public market in the Philippines most really smell bad.

We like to watch cooking shows and those shows traveled to many places in Europe especially Spain. Seeing the public market there I’m in awe of it. Loved their market there, you can just eat at the side walk. They had so many different vendors for almost everything. They’re selling almost anything. I’m so wishing we had like that here. I’ve seen also some public market here in our neighboring Asian countries. Some of those countries have nice and so clean public markets. They have fresh seafood, meats and produce that the vendors will cook for you there on the spot. They also cooked some exotic foods. Bob and I will always says we want to try their food because it looks so good.

Speaking of Maramag we’ve been to that area too many times. It’s one of the many stops to go to Cagayan De Oro. One time we stopped by there for a friend to check out his sort of bed and breakfast. I forgot the name of his B&B though. Not been in that area for awhile now. Honestly it’s not really a big of a town. So good that they started the trend here  hopefully the rest of the Philippines will follow.

I really wonder why that small town can make their public market so nice and clean? Here we got so many big cities but the market were so super dirty and smells bad. We’ve been living here in Davao for almost 14 years. I think I only saw the Bankerohan so clean and orderly when there was that conference held here in the city a few years back. I’ve never seen the market so clean again after that. The Agdao market is the same too. Well, maybe less smelly I guess than Bankerohan. Same in GenSan, I’ve never seen that market there to be so clean either. 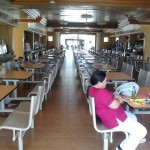 Relax and enjoy some time 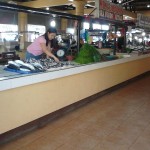 Vendor is rightly proud of her display 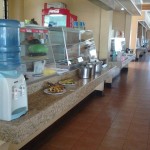 A clean area where anybody would be happy to eat 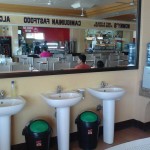 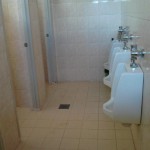 In the men’s restroom 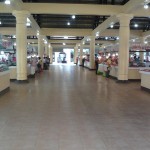 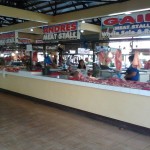 Meat counter is cleaner than the supermarket

The people that will be shopping there also be discipline to not be throwing their garbage wherever they want. Do you think we all can do this? I really hope so. I hope it’s not too late. Do you think people will like the idea of being discipline what to do? Don’t throw garbage all over the place? Don’t spit anywhere? Please be orderly?

I’m hoping really for the best for the people here. I hope they like the change if ever.

Very eager to see those again. 🙂

Hi Todd, have you seen the place? If you did, lucky you. Cheers!

Feyma, I have been to several wet markets in Iloilo and Barbaza and just loved them. The most beautiful fish colors I have ever seen. 🙂

Two steps forward, 1& 9/10 steps back. The Philippines is slowly moving from 3rd world to World Class. Ten years ago (give or take a few years) Olongapo was a very clean City. Now 99 out of a hundred young people here will stand beside a trash can & throw their wrappers on the ground.

Hi bigp – I can see what you mean. A lot of the good projects being built here be good for a year or two and after that it goes downhill. I’m hoping the public market in Maramag will stay for a long time. I’m truly crossing my fingers.

unlike others who write stories on your site, i find your articles refreshing and the content to be more enjoyable on life in the philippines. maybe because you were born / raised in the country you can offer great, candid opinions. thanks for sharing your views.

Hi lgbalfa – thank you so much. I’m glad you liked my post. I’m trying to share the stuff that I saw and my experiences being back here again, it could be good or bad. Just wanting to share with my kababayan and to foreigners (wanting to be expats) the life here in the Philippines.

Nice to see you back here again. Have a great day!

I think the B&B you were referring too is the Maple Leaf that was run by Don Mulligan (Canadian) and his wife Cristie.
Sadly, Don passed away a few weeks ago from liver cancer.

Hi Chas – good thing you’re familiar with the place. Are the people there just shop at the other neighboring city? Are you visiting there anytime soon?

Yep, that’s the guy. It’s been ages ago when we went there. Sorry to hear about his passing.

As always Chas it’s really good to hear from you. Thank you so much for stopping by. Hope you have a great day there. Stay warm! 😉

When the locals want national stores etc, they travel into Valencia.

I will be back out there later this year.

It looks like I was drunk when I wrote the above, lol.
I’m quite sober though, I think the site has some kind of error.

I’ve just read the last three articles and the letter i is missing from all the comments.
Looks as if the gremlins have got in there.

I’m so glad that you wrote that as I thought I had gone mad and everyone was employing SMS text!

It is something that is being worked on.

Strange how your brain still reads it OK.

such a beautiful place

I go to the Dumaguete market a few times a week, it is quite an adventure.

For sure David. I had a feeling Dumaguete market it’s similar to our Bankerohan here in Davao.

I love the selection, but way too crowded, not enough room in the isles. Really would not want to eat in there. I love the atmosphere.

Hi David – yep, lots of stalls to chose from. Really too crowded? I saw it differently than you. I thought it’s spacious and not too many people shop while the pictures were taken.

Anyway, have a wonderful day!

Maramag is between Davao and CDO?

Author
Feyma
Reply to  Steve A

Hi Steve – yes, Maramag, Bukidnon is in between Davao and CDO. Have you been here to Davao or in Cagayan De Oro?

Steve A
Reply to  Feyma

Hi Feyma, I’ve been to Davao but not CDO yet. We may move over there in 5 years after retirement…. But for now I just tour the area using Google Maps. .. Haha. At least street view is available for most areas of Davao now on Google maps.

Author
Feyma
Reply to  Steve A