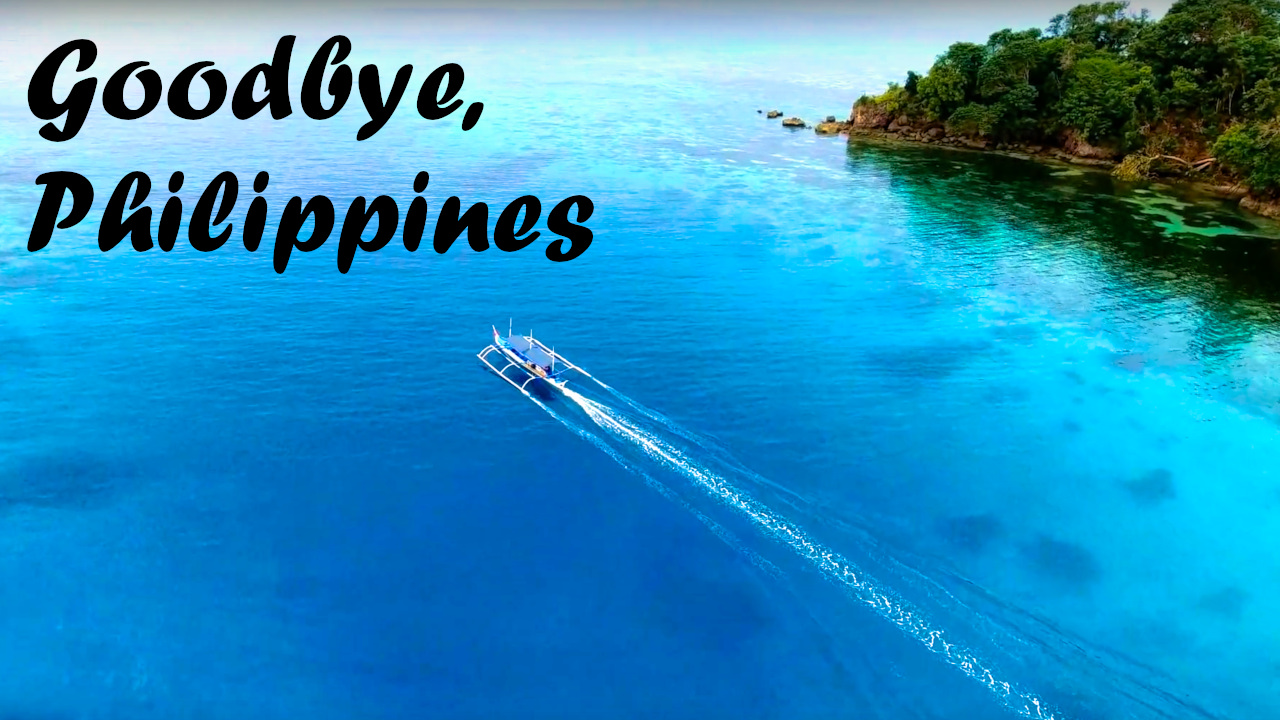 Our Move is quickly approaching

We will miss the Philippines

So, as I told you a couple of months ago, Feyma and I are moving back to the USA. We have settled on living in Logansport, Indiana. I thought I’d post more today about the pending move, when it is going to happen, what I am going to do there and other such loose ends.

I am basing the topics that will be included in this post on what questions I am frequently getting from people. So, if I don’t cover something that is of interest to you, let me know what you are curious about, and I will address it.

Well, our family consists of:

Aaron and Jared are already living in the United States.

Aaron has been spending at least half of each year in the USA since 2015. Jared spent several months in the USA in 2017 and spent most of 2018 in the USA. The two boys are living in Atlanta, Georgia now. Jared’s job is actually in Alaska, but he has 2 months of each year off, and during those months, he makes his home in Atlanta. Aaron and Jared share an apartment there.

The three of us live in Davao City, Philippines. Feyma has spent 6 months of 2017 and 2018 in the USA, working in Alaska. Chris and I have both been in the Philippines the entire time.

After being a significant time in the USA for each of the past 2 years, Feyma had a real desire to move there. I was a bit reluctant but decided it was her turn to choose our path, so I agreed. Now that I have made the mental shift, I am very excited to exit the Philippines and set up a new life in the USA. Mentally, I have already shifted to the USA, and can’t wait to make the physical shift as well.

When will we move?

Originally, we were thinking April or May of 2019 for the move, but many are surprised when I tell them, we plan to make the move in mid-January, just a few weeks from now.

The reason for the earlier move is because we feel it fits in better with the work that Feyma will be doing there. Most likely, she will be working for Tyson, processing pork, and this is a busy time of the year for them. In a few months, things slow down. Because of this, if we wait, it may be more difficult to be hired there.

The past 4 to 6 weeks we have been actively selling our belongings. We can only bring 2 suitcases each with us (plus carry-on). Shipping our belongings to the USA is cost-prohibitive, so we won’t be doing that. Instead, we are selling virtually everything we own and will be off to a fresh start in Indiana. 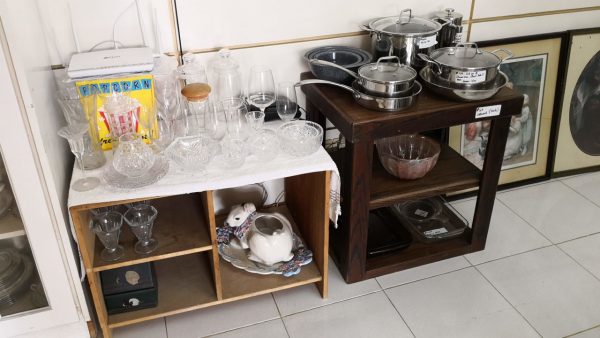 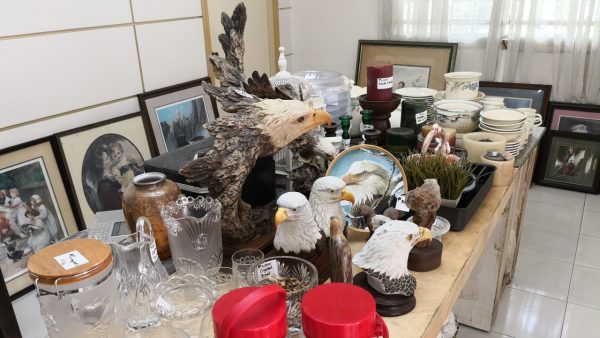 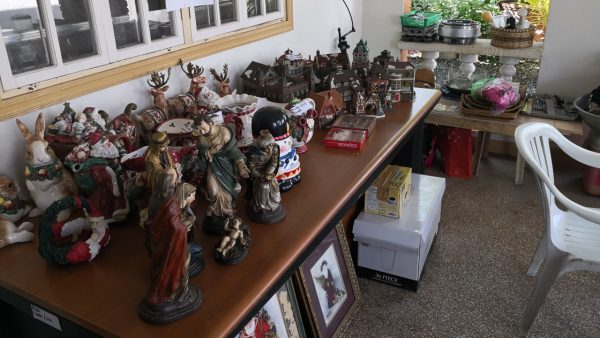 As of now, the vast majority of our belongings have been sold. Some items are still here in the house but will be picked up in the next couple of weeks before we depart. There are still things to sell, but we are not too worried about getting it done. We really have only one or two significant items left to sell, and the rest consists of just small things. If we end up having to give some of the things away (likely) that is fine too.

Right now, we are in the mode of shopping for our airline tickets. We have made a commitment to each other that by the end of next week we will make the purchase. Maybe quicker than that if we come across the right deal.

Part of selecting airline tickets includes finding the best route. Finding the right cost is important, but the best route is probably the most important. We want to choose a port of entry into the USA that is friendly, quick immigration procedure, etc. Also, we would like to arrive well rested if possible.

We are looking at three different routes right now:

Each of these looks pretty good to us.

What kind of work will I do?

A LOT of people are asking me what kind of work I will do in the USA. Well, I have been self-employed since 1991, and I intend to continue doing that. I enjoy the freedom and independence of the type of work that I am currently doing. Much of what I do now is location independent, so the things that I like I can continue doing. Things that I am tired of.. well, I can move on from those.

One thing that I will be jumping into completely is doing retail arbitrage. I have been wanting to do this for years.

For those who don’t know what “retail arbitrage” is, read my post over on my new website.

I actually was doing retail arbitrage (before it was even called that) back in the mid to late 90s. I was good at it too. Retail Arbitrage has become a lot more mature now, more tech tools to assist with doing it better, etc. I am very excited to take advantage of the opportunities in this area. For me, this kind of challenge is fun, and I think it will also be very profitable.

So, it looks like about 2 to 3 weeks from now, we will be flying out, waving goodbye to the Philippines. We have mixed feelings, but overall excitement. We have loved our life in the Philippines but look forward to a new adventure.

We are at a different stage of life, of course, after nearly 2 decades in the Philippines. Living here has been great for us, but at this point in life, we feel that the USA serves our needs better.

It will be exciting to see how things work out!

Fair winds, following seas…Keep the wind to your back and your eyes of the prize. Wishing a wonderful future ahead for the Family Martin. You will be missed!.

I am surely going to try to follow that advice, Paul! 🙂 Thank you.

Good luck Bob and Feyma!
Wishing you all the best wherever you go. Hope to see you one of this days sa States. Willie, Emee and Drew.

Hi Bob,
In my 13 visits to Philippines over a period of 10 years, I have used Korean Air, Cathay Pacific and China Air. For me ( New York to Manila ) Korean Air was the best although I had no problems with the others. For me, price and departure / arrival times was the deciding factor.

Many thanks for all these years for this website and your articles and those provided by others. Happy New Year to you and the family and a big welcome back to the USA !

Hi Bob, thanks for the info. We are looking at Asiana and a couple of other airlines.

Happy New Year to you as well, my friend!

Good luck Bob, wish you all the best, I envy you as I don’t think I could do it as I am very settled here in Cebu. Bon Voyage…Regards, Norm

Thank you very much, Norman! I didn’t really want to make the move, but once I decided to give Feyma her desire, I really started getting excited to do it. So, I am really on board now!

Safe travels Bob. Hope all goes well for you. Thank you for your advice in the past. And please enjoy your adventures to come..

Thank you very much, Luke!

All the best Bob & happy New Year to you & to your family.
Thanks very much for the great information you provided through LIP.
No doubt any good news about you & your family will make your loyal readers very happy.
God Bless.

Thank you very much, Mohamed. Happy New Year to you as well!

All the best Bob. It has been great working with you. Will this site simply shut down? I have gotten used to the routine of sending articles to you but no more? Please let me know. Also, now I can refer people to the web site to see my past articles. Will they just disappear? -Rob

Hi Rob. No the site will not be shut down. I have a lot of work into it, and shutting it down would be a waste. 🙂

I have put together an email for all of the writers. I am still refining it a bit, and will send it out soon.

Thank you for your effort on the site.

Thanks Bob: I’ll keep an eye out for your email. Be well. Rob

Good luck Bob. Maybe you might return here in your twilight years?

I don’t expect to return here, I’ve been here and done it already… I prefer to move on to other adventures. But, I won’t say never. 🙂

Best Wishes Bob. I moved back to the USA a few months back after being in combinations of (Cebu, Angeles, USA) for many years to be with my wife (MaBelle) and children. While I expect to live in the USA — I also hope to start looking at visiting and eventually living perhaps in Mexico.

Hi Robert, nice to hear from you! It’s been a while. I hope you and MaBelle are doing well. Yes, Feyma told me that you had moved back so the States, although she thought it was more of a temporary thing. Maybe we can see each other there at some time! I’d like to reconnect!

Hi Bob! Yes, I hope to reconnect with you as well! Originally I was planning on staying in the USA for less time. But plans change, and now it looks like I am just going to do some touristing in Mexico. I think my wife (Filipina) is likely to want to retire in the Philippines. I have already spend so much time in the Philippines, I am ready to look at other options.

1 – Plans change. Yep, that is where I am too! I always thought I’d spend the rest of my life here, but, as you say… “plans change”

Bob,
Good luck to you and your family! I’m sure all will work out great for you in Indiana. We will be flying out on Jan 25th on Japan Air to Narita, Japan and on the Boston and finally flying into Detroit. We are getting excited about getting back there as you guys are and will get started working on Anne’s Permanent Residency so she can work and I also want to work at least part time also and we will be able see my parents as my Mom is not doing too well right now.