These people sure do!

Hatred of Durian is a real thing! Remember yesterday, I told you that durian evoked either love or hate! The love vs. hate debate is a strong one when it comes to Durian!

Watch the video at the top of this article and you will most certainly see the hatred of durian in action! These folks seem curious about durian, but in the end, without a doubt, they have a real hat for durian.

My hatred of durian

I have nearly gotten sick from even just the smell of durian before. How do I feel about durian now? Do I still have a hatred of durian? Well, you’ll have to wait until Friday for me to spell out my current feelings about durian.

Were they originally open to trying durian?

I have doubts that the people who made the video were as open as they let on when it came to tasting durian. I think that from the odor alone they were already turned off, and had a hatred of durian even before they started making a video.

In short, I think they made the video simply for the shock factor that the hatred of durian can bring on. 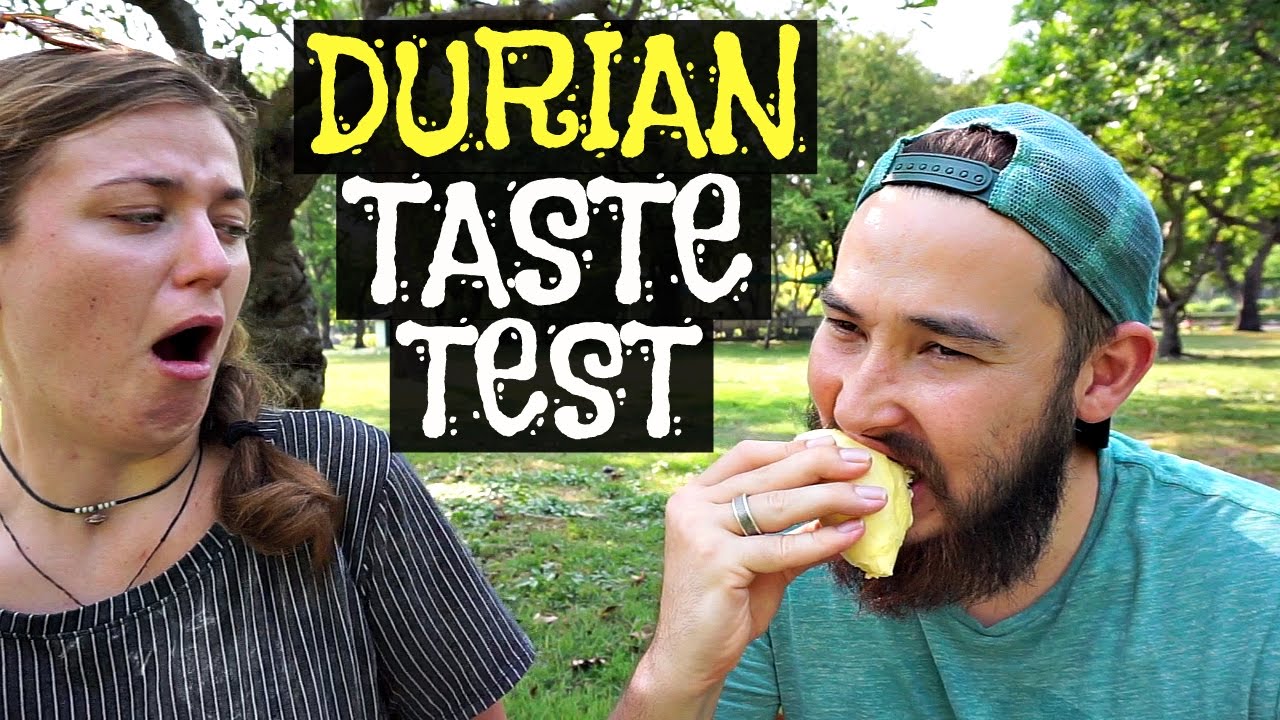 Have you tried eating durian fruit, the King of Fruits?

I have tried it many times. It probably is not fair to have a hatred of durian if you have not even tried it. I do understand why people who hate durian, though, even though they did not even taste it yet.

The odor can, indeed, be off-putting, especially if you are new to the smell.

So, can you overcome the hatred of durian? Are you willing to taste it?

Who knows, maybe you can teach yourself to like the stuff, or even become a lover of durian. I suppose that the love of durian would be preferable to hating durian.

The first time I tried Durian, I later had an awful onion burp. I passed on it for a year after that. A lady friend of mine later asked me to bring her a Durian pie from Davao. I got it at the airport and took it to her in Palawan. It was amazing. I came back and bought some more of those pies! Then tried Durian again. Now, I can’t get enough of it. I would say it’s my favorite fruit. I would say I have it at least once a month. Beginner trips, eat only a few pieces… Read more »

Hi Daniel. Anybody who lives in Davao has to like Durian. Glad you are a true Dabawenyo!

My favorite variety is 101 but it is fairly rare and difficult to find.

Join the discussion.so there is differences and preparations? never heard this..

I am adventurous with my palate and will try nearly anything once, but once was enough for this one.

At least you tried it. I will tell on Friday about my journey from being a durian hater to a durian lover. it can be done.

Being from Zambales, I never had durian. I keep hearing how foul-smelling durian is. Can anyone please tell me what the odor is similar to? Also, what the taste is similar to?

In Davao city durian is everywhere. the only thing i can say is that there is nothing that the fragrance compared to, nothing in the world. Are used to think that it was stinky, but i love the fragrance now. At this time of year if you are going around the city in a car it is great to put the windows down because the durian is really in the air. Yes you are riding in a jeepney of course it is open air and you can smell everything.

Had fresh Durian in Davao. Delicious!

Glad you enjoyed it! If you want durian, Davao is the place!

I ate durians almost every day during my 4 months of living in Davao. It is so delicious!

Used to hate it. Now I love it. Here in the PH I never learned durian names/types. I only know there is one with white meat and the other yellow/yellow-ish. But in SG I have tried different varieties. Off the top of my head: XO, D24, Mao Shan and, of course considered the best of all, Musang King.