Funny thing, less than 2 weeks ago I wrote an article about Personal Safety for Expats. Just a week later (last week) we had a serious security incident at our home.

I would not really say that the incident was “expat” related, rather it was something that could happen regardless of where the person was from, a Filipino, foreigner or whoever.

Just a few days after my Personal Safety article came out, here is what happened. Just a few days after that article came out, one afternoon around 3 PM or so, a man, about 58 years old, climbed over our gate, (which is 6 feet high), and entered our yard. He then came up to the front porch and tried to enter the house. He was confronted before he could enter the house, and was not able to enter, although that was his intention. 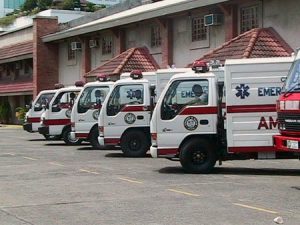 The Davao City Police were called (911) and they responded immediately. Just up the street from our house there is a high profile residence which gets, more or less, 24/7 Police Security. This is only a block and a half away or so. Because the police were so nearby, they were at our house in minutes.

They arrested the intruder and took him to jail. After that the police officers spoke with me. I have always felt that the Davao City Police were very professional and effective in their jobs and this case was no exception. They informed me of everything they could find out about the offender and presented me with my options.

Probably the most important thing they presented to me was that the guy was “buang” or “Crazy”. He had done something like this at another house in our neighborhood and it seems he was only looking for a place to go inside and get some sleep. Well, Mr. Buang, please go elsewhere next time.

The police presented me with two options:

If I were to press charges he would remain in jail and we would have to weave our way through a complicated court system.

If I did not press charges he would remain in jail overnight, and then the next day he would be taken out of town to his home province, which is about 3 hours away.

Firstly, I really did not want the hassle of the court proceedings.

Secondly, I felt that since he had a mental disorder, ti was probably best to just be happy that he did not do any harm, and let him go on with his life.

So, I decided (after discussion with my family members) to not pursue charges against him.

If I had only known

Later, I found out some other information on the man. Apparently he had killed his mother! If I had known this information earlier it would have been a tougher decision to make in regards to pressing charges. But, in the end I, and the rest of my family are still happy with the decision that we made. 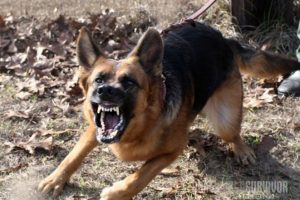 As I described in my previous article, I had already taken steps to tighten our personal and home security over the past few years. But, this incident was a real shock, and we have taken additional steps.

For on thing, we have purchased lighting that will really flood the outside area of our house, with motion sensing technology that will activate the lighting when motion is detected. I feel this is an excellent preventative measure.

We have also gotten a second dog, this one more security trained, and this should be very helpful.

I don’t really see what we could have done to really prevent this invasion. It could have been done no matter what. We keep our gates locked but this guy climbed the gate. I feel that the latest changes we have made and are making would slow him down a bit, though.

Anyway, be careful out there!

Indeed, and that was a consideration in the decision.

Can you elaborate on how pressing charges can be dangerous? Perhaps danger of retribution from an accomplice?

Yes, retribution can be a big problem. You don’t want to make too many enemies here, it can be dangerous. Keeping a low profile is the best strategy.

Not nice when your property is invaded. Things could have turned out really badly. Dogs and security lighting are a good way to go also consider ( I bet you have ) a big loud intruder alarm. Also Bob is there private security where you live ?

Yes, private security is very popular all over the Philippines. I don’t see us going for that unless things got really bad, which I also do not expect.

I agree Bob, doesn’t appear to be xpat related, and by not knowing his history you did the decent thing, scary though.

Yeah, we were just the wrong random victim. Just glad that nothing bad happened.

Glad that everything turned out okay Bob. Security for your family is first and foremost. But also in your own heart and mind giving a person a chance is also-ran important. Appears that you’re doing all the right things for security and protection. But nothing is foolproof. Take care, my friend.

Thanks, Gil, I appreciate that.

Scary. Motion sensor lights are a good idea and you can save on your electricity bills by using solar power

I think the lights are going to be great. They would have had no impact on this particular event, though.

Yep! That is for sure! We probably have a few living here in the house, especially me! 🙂 Just joking. Good to take precautions, as you say, but it is not overly worrying me. The first night after it happened we were all on edge though.

Bob Martin
I have installed those solar sensor lights around the house too, over a year now, still working. Most houses in our neighborhood doesn’t have fences yet.

That is great to hear, Mars. I think they are a great security measure.

The dog will be getting extensive security training.

Sorry, I may not have been clear. Train the dog only to take food/eat out of its bowl. Otherwise, easy to knock out the doog.

No worry, your comment was clear, as was my reply. The dog will be trained in that.

My wife had her purse snatched at a store in Market Market, a mall in Fort Bonifacio. I chased the girl down and the store security arrested her. Went down to the security office and they also said unless we file charges, they will release the girl. And worst part was, there is a picture of her on the wall as known purse snatcher. But because the law makes the victim file charges, and go to court and waste their time, the criminal goes free to continue doing the same crime.

My impression is that this is the same more or less worldwide. If somebody commits a property crime if the victim does not press charges there is little that the government can do. Perhaps I am wrong?

The obverse is that it protects innocent people from ill-intended false claims. Someone trying to just cause you trouble is less likely to attend at the police office and court when they’re clearly in the wrong and you are clearly in the right. Even if 100% in the right, the innocent falsely-accused person will of course spend the obligatory night in jail in the interim,

But here, they make you personally go down to courthouse to give your testimony. At least in US, if the value is over a certain $ limit (which pretty much a iPhone or credit card theft would qualify), then becomes grand theft larceny. And they will take your statement and then proceed to file charges. No need to attend court unless they call you in for some clarifications.

I find that shocking. They don’t need testimony against the person?

They need testimony, but can be submitted in written form at the police station. Most cases plead out so rarely go to trial.

Must be new, I had never heard of that. I thought we had the right to confront our accuser, it seems that we don’t get that anymore. Hard to confront a piece of paper.

It’s little wonder some people take the law into their own hands in the Philippines.

Good you and yr still-resident family are ok. The new lights you mention are a nice touch, but I must agree with many comments Paul has made here about his “dog army”. All my neighbors seem to agree and so do I. It may be annoying to hear them go off very VERY loud under my window while I’m working, everytime a child or stray cat or chicken pass within 100 meters, but hey, that’s the dog’s job – to advise their owners and deter trouble. Your experience was at your home, but please consider that life forces one and… Read more »

Hi Ed – Thanks for your thoughts. Perhaps you did not notice in the article but we have already purchased an additional dog for the obvious reasons that you mentioned.

None of our kids are very young anymore. The youngest is 13, and the next is 17. The rest are all adults already.