It’s cheaper in the Philippines, right?

Everything you might want to buy is cheaper in the Philippines, right? Well, I’m sorry to inform you, but it just ain’t so. Indeed, many things are cheaper here, but the truth is, many things are much more expensive here than in your home country, you can bet on that.

For the most part, the things are quite expensive here are imported products. If there is something that must be imported from the west, such as the United States, you can bet, it’s going to be significantly more expensive here than it is there.

Last year, when Feyma went to the United States to work in Alaska, she shipped a number of Balikbayan boxes home, to the Philippines, with staples, items that we use on a regular basis. On some items, it was all about price. These are items where we use the same brand here in the Philippines as we use to use in the United States. Imported products, American products, which are imported here to the Philippines. I’ll get into some examples of that shortly. In other cases, she purchased better quality merchandise than what we can get here in the Philippines. Cases where we use Filipino brands of items, but for a similar price, we can get much higher quality American-made products. Or, products that were made to be imported into the United States. 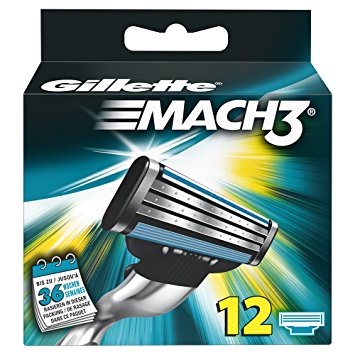 I use Gillette Mach 3 razors. I have a nice metal handle, on which I can put Mach 3 blades. I feel they are good quality, and they are available here in the Philippines, but at a high price. Because of the high price, I do my best to maintain their quality, keeping them clean and dry, etc. so that they will last longer. When I go to buy new razor blades the price is P350 for two blades. That is around US$7 for two razor blades. Outrageous. Additionally, the peso has been sliding in value in recent months, and you can be sure that the price of these imported razor blades is going to increase soon. In November, before Feyma came home to the Philippines, she took a trip to Costco. She saw some Gillette Mach 3 razors. These were razors which included the handle, the blade, and also a can of shaving gel. In each pack, you got 14 razors for a price of $14.99. That makes the cost $1.07 per razor. Buying just the blades alone in the Philippines would cost you 2450 pesos, a whopping $49. Feyma bought several of these packs of razors, for me to use in the coming year. What huge savings. In addition to the savings, over the years, I’ve come to realize that the Gillette razor blades being sold in the Philippines are not of the same quality as the ones sold in the United States. Much lower price, much higher quality. Hard to beat that combination. 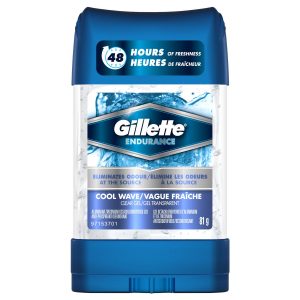 A lot of times, buying something because it’s cheap is not a good value. In one case you may be buying an inferior product, or in another case, you may be buying things you don’t really need, just because they are cheap. But, it in the cases I have pointed out, these are products that we use on a daily basis, and she was just able to get them at a much lower price for the same items. You can’t really go wrong on this.

Not always cheaper in the Philippines

So, as you can see, things are not always cheaper in the Philippines. As I said at the outset, many things are much cheaper here, but not everything.

For the coming years, Feyma will be going back and forth between the Philippines in the United States regularly. This really gives an opportunity to get the cost savings from each country. By things in the United States when they’re cheaper there, by things in the Philippines when they are cheaper here. It’s a no lose situation.

Basically, this kind of practice can be called arbitrage. Take advantage of things in one country when they are cheap, and sell them at a higher price in the other country where there expensive. One of my sons already has a plan to do this for business. He will also be going to Alaska for the coming years to work there part of the year. He can make very good money there, then come back and live cheaply in the Philippines. This particular son is into sports, sports apparel, and that sort of thing. He has a plan to buy sports items, sports shoes, and other such things in the United States. He will then sell those items here in the Philippines. Some of this kind of stuff will sell for three or four times the US amount here in the Philippines. If he sells it for just double or triple, it still offers savings to people here, and it also offers big profits to him. There are so many possibilities.

But remember, it’s not always cheaper in the Philippines.

Just bought Mach 3 for 69 Riyals for a pair that’s even double than in the Philippines. Maybe that’s why most Saudis have a beard.

I used the same blade and cheaper to buy the big pack with handle than the blade refills for this Mach 3 at Sam’s Club, almost the same price as Costco.

Seems strange that it is cheaper, don’t you think? But, it is just so much cheaper than here.. and the only blades I have found here are the 2 pack, and no big pack with handle here! It is a no brainer!

Seems strange that it is cheaper, don’t you think? But, it is just so much cheaper than here.. and the only blades I have found here are the 2 pack, and no big pack with handle here! It is a no brainer!

Bob Martin
Yup, now I have about 2 dozen handles, ha ha. It’s the best blade and razor so far that I’ve used.

Marcelino Zabal I think it is good qualtiy also. Right now I have only one handle, and it is years old, so I am sure having these new “disposable – although they are very nice) handles will be a big benefit for me.

I really agree with you, Try to compare prices of smartphones. The difference between prices in Phils and in Europe is about 20%. Some kind of fruits are at least triple more expensive in the Phils too. For example strawberries, cherries or sometimes apples.

Just about anything imported it is wild!

Even shaving gel is not available in stores. I had to go with the regular shave cream, still very good but the cost was more than what I’m charged here in L.A.! The cost of blades almost gave me a coronary lol.
Fun fact, if you say out loud “raise the blinds” in an Aussie accent, it sounds like “razor blades ” in English hehe.

Hmm.. I never thought of it.. perhaps I had a heart attack due to the price of razor blades! LOL

I have actually gotten where I don’t use shaving gel or cream.. it is hard to get and expensive. I just use liquid soap. I am looking forward to using the ge.!

Never thought about the Aussie thing.. that is funny!

My reaction to the cost of imported goods in Davao.

LOL.. Not just Davao.. it is across the entire country!

Yup, any imported from US is expensive. I brought some pecan halves last November, planned to make Pecan pie, I was glad I did, didn’t find any there.

I have never seen pecans here… pheraps in Manila?

Bob Martin
Maybe, but none in Iloilo in those big box store.

I saw some pecans once in CDO at one of the malls. They were selling different nuts and some other things.

Bob Martin SM has them in Manila but they are very expensive and not always in stock.

Hi John. Yes, they are available here too at multiple sources. However.. so expensive!

Pecan halves here in most US grocery store runs $8-9 dollars per bag of 16-oz. Broken halves and pieces maybe a couple bucks cheaper.

Oh, I did not realize John was talking pecans… I thought we were still on the topic of razor blades! LOL Sorry.

Bob Martin Antipolo is the pecan capital of the Philippines. Even their street lights are in the shape of pecans.

Mel Hill Interesting, I did not know that.

How will your son handle Customs issues?

There are no customs issues. These were sent by my wife in a Balikbayan Box. Customs does not charge for personal goods sent in Balikbayan Boxes.

That’s whilst you can get away with it. You are not supposed to send comercial quantities by BB boxes.

I use the same razor and buy the 24 packs from costco £27. I don’t think they shave as well as the smaller packs in our supermarkets, but at that price I put up with it.

I don’t believe that I am “getting away” with anything. Feyma shipped 5 boxes, and larger quantities of items were split into different boxes to avoid commercial quantities.

Haha. I forgot to stock up on those before I left the states last week.

I think it is a good idea to stock up anytime you go to the States. Just sooo expensive here in the Philippines!

A hot towel on the face for a minute or two before shaving will make those blades last a lot longer.

Interesting, I did not know that.

Also, once you apply the gel, soap, or other shaving aid, allow it to sit for a minute before shaving. It will further soften your beard as well as giving a closer shave. That was the advice from my barber.

Oh, I never thought of that! That makes a lot of sense and is a great idea!

My retired sister in law splits her time between the US and the Philippines. She spends her US time scouring sales in stores as well as yard sales and sends several Balikbayan boxes to arrive in the Philippines before she arrives. She then spends her Phiippine time hosting a perpetual garage sale.She usually makes enough to pay for her airfare as well as lot of expenses while she is there.

Feyma sent 5 boxes home! 2 in May before she went up to AK, then 3 after she finished work in King Cove. Next year won’t be as many, but it had been so many years since either of us had been tot he STates! 🙂