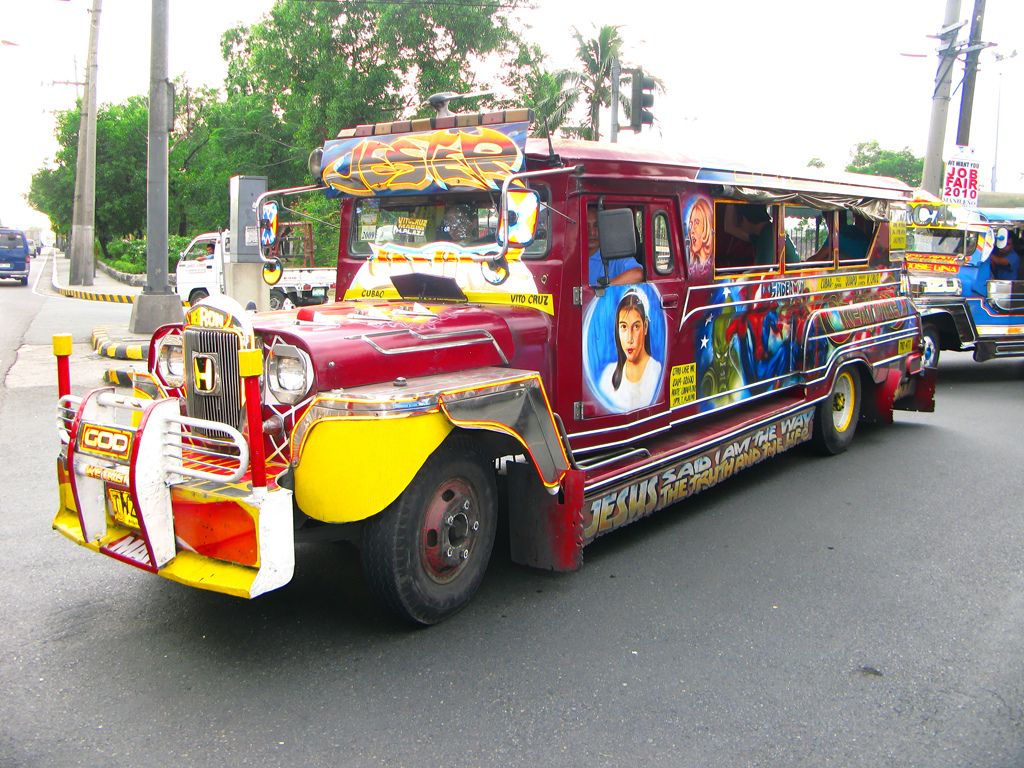 Last week I took a ride on the jeepney, perhaps it was a “fateful Jeepney ride”. Maybe not. Let me tell you what happened.

My wife is abroad

Feyma is in the USA right now, as are two of our sons, Aaron and Jared. So, I am left here in Davao City with our oldest son, Chris. Feyma and the other two boys will be in the USA for the next several months. Feyma and I have been married for nearly 28 years now, so being apart is a bit lonely for me. I can deal with it, but having a companion is something that I enjoy and miss.

I went to the City

Last week, I had some business I needed to take care of, so I went into the City for a half day or so. We live in Davao City, one of the largest cities in the Philippines, but we live a bit on the outskirts of town, and I don’t head to the city center every day.

Living a bit far out of the city center, I almost always ride the jeepney, as taxi fares can add up. I actually enjoy riding the jeepney, though, anyway. I enjoy it because it is kind of a cultural experience in my mind. There is only one jeepney route that comes out where we live, so we tend to see a lot of the same people on the jeepney when we ride. It is a good way to meet and get to know our neighbors because of that.

When I went home

When I had completed the things I needed to get done, I headed over to an area where I knew I could catch a Jeepney home. There is one particular place in the City where the Jeepneys that go to our area wait for passengers. So, I headed over there, because it is always sure you can get a Jeepney there.

When I boarded the Jeepney, there was only one other passenger on the vehicle. It was a girl, probably in her mid-20s, I’d say. She was sitting up at the very front of the Jeepney. I like to sit at the very back by the door, so I sat down. It was time to pay for the ride (P18), so I passed my fare to the girl (or should I say young lady) so she could give it to the driver. I didn’t pay the girl much attention, other than thanking her for passing on my payment.

After 5 minutes or so, the jeepney was full and we were headed toward the area where I live.

Then I noticed something 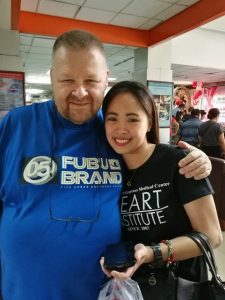 Maybe 10 or 15 minutes into my fateful jeepney ride, I looked up toward the front of the jeepney. I noticed something. That girl that I had passed my change to caught my eye, and I wanted to talk to her. I just knew I had to talk to her. It was eating at me. But, I was all the way in the back of the Jeepney, and she was all the way in the front. There were about 10 people between where I was sitting and where she was sitting.

Honestly, I kept watching her for the duration of the 40-minute ride on the jeepney. I couldn’t help it. Perhaps it was fate, thus my fateful jeepney ride.

As we got near to my exit point, near my neighborhood, she was still firmly ensconced in her seat on the jeepney. What would I do? She was not moving.

Well, as I thought it over, I made my decision. I really wanted to talk to this girl, but it was time for me to get off of the jeepney. What did I do?

Check back for my next article and I will share with you what I did. You might be surprised at the way the whole thing worked out. I know I was surprised. Not being the type of guy who normally approaches girls like this, I was nervous. I will explain it all to you next week. Stay tuned!

Were You Intrigued by this Article?

It happened again! I met another girl on the Jeepney!

Bob;
I understand how you feel about being separated from Feyma for any length of time, But you are lucky as it happened after your marriage is well founded and strong. I always looked at it as how wonderful being reunited will feel when the separation is over. It is only a short time…

That is indeed true, Paul. I learned that last year when Feyma was gone for 6 months.

Way to build up the suspense, Bob. Thankfully, I know how this story plays out. LOL!

I promise I won’t ruin it!

LOL, my friend. Now you are being a spoilsport!

Looking forward to the rest of the Article

LOL.. yep, I know many have told me they are looking forward to seeing what this is all about! LOL

the FUBU brand was started by a black drug dealing gang in New York. It was started to raise money to buy more drugs for resale. They are a dangerous group. FUBU stands for: For Us By Us. The brand is very popular here in the Philippines. In the USA not as much as people are more aware of its origin. Now they may be upstanding folks now, I don’t know. But I do know how it got started.

OK. Thanks for sharing.

fubu(n) Hiphop clothing company founded in 1992. FUBU is an acronym for “For Us, By Us”, referring to the founder’s purpose: clothes designed by African-Americans for African-Americans. Many items from the clothing line display the number “05”, which stands for the five childhood friends from Queens who founded the company. In an interview with HarlemLive, Carl Brown and Keith Perrin of FUBU state: “There were five of us all out of Queens, we grew up together as friends and remained friends. With $5,000 seed money we were able to start our business.” In 1999 FUBU reported an annual turnover of… Read more »

Sent Feyma an email. Your toast!

Hey Alex, you didn’t need to send Feyma an email. She reads LiP there. lol Btw, I used to ride the jeepney everyday to school when I was a 6th grader at the Ateneo de Manila. I have no idea how it is now, but back in those days jeepney passengers observed an unwritten seating protocol/etiquette whereby the passenger already in the jeepney slides toward the front to make room for the passenger just boarding. This cycle repeats itself until the jeepney is full. Had Bob followed this seating protocol, he would have found himself seated next to the young… Read more »

Most people try to sit near the back, especially those who are older. That protocol is not really in play anymore, at least not in this area.

John;
Now the rear is reserved for older, disabled and people with limited movement. here In Zambales there are now signs in the Jeepneys explaining this. I use a cane and can’t make it down the center to exit at my stop. I’ve seen drivers ask passengers to allow elderly people to sit in the back. But they have not done it for me, so I take the senior discount to spite them. (Yes-I have the card!) (LOL)

Hope Feyma is not reading this Bob ha ha ha

I called her and told her to give today’s article a read, William. Hopefully it will make her think twice about getting on my bad side.

As a retired police officer and a guy who likes to analyze things and knows Bob pretty well, I will be the first to boast that there were enough clues to figure out what was driving Bob to obsess over this young Lady. Would Bob like me to announce it to the rest of the readers or share via messenger? I have some pretty fun clues to help others figure it out too!

Hi Jay. I did put some clues in there, for sure. Don’t share it here, but you can message me on FB if you want. LOL

I think I figured out the mystery, because of my keen attention to detail. As far as seating goes elderly, lame or large are often asked to sit in the front seat next to the driver. This rule of thumb goes out the window if a very attractive Filipina is around, then the old, large and lame are relegated to the back of the jeepney. Nice creative jeepney article!

Hi Jay – I have to say, you are not really on track with what you said, but I am not sure if you are saying that is what you figured out, or if you are just saying that as an aside. You emailed me yesterday and were pretty close with your guess. 🙂

Hi Bob, I know why you wanted to speak to the lady on the jeepney. . I paid attention to details as I would normally do in my every life. But I will not spoil it for others so they can keep guessing. ?

Several other people have guessed, but nobody exactly correctly.