Another step closer to home…

For those who have not been following along in my saga, on November 10, I had quadruple heart bypass surgery.  If you want to read about the experience, start off by reading I’m Alive, the story about the surgery itself. In my last article I told you about My time in the CCU, the Cardiac Care Unit. 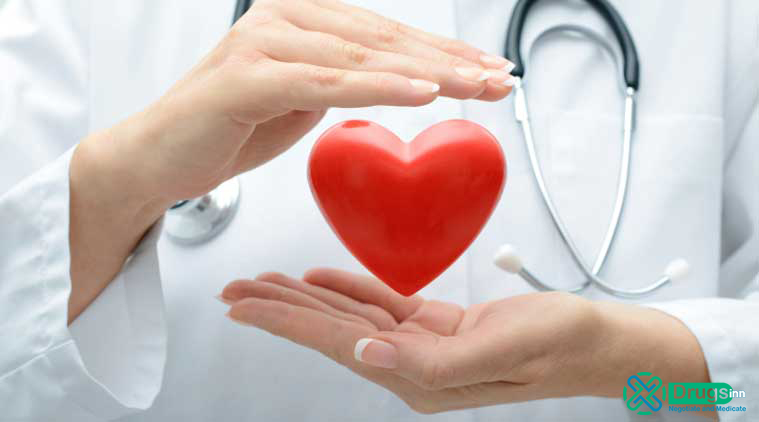 I am feeling great, my heart is recovering!

After finishing up my few days in the CCU, I was able to transfer from the 2nd floor to the 3rd floor where my regular hospital room was located.

Making it to my room was important to me because that is a big step toward being released from the hospital.  Even though the hospital I was at was very nice and especially the people there… they treated me great, I really wanted to go home!  Also, being moved out of the CCU was a sign that I was doing well.  If I was not moving along the right path they would not move me back to a regular room.  So, as I said it was important to me to do the things I needed to do to keep progressing forward.

I moved to my hospital room late in the day, as I recall it was getting to be evening when they moved me.  When I got to where I was going, I had plenty of nurses and doctors coming by to give me medicine, check my vital signs and such, they kept me busy.  But, when I woke up the next morning, Monday, I asked Feyma where my shoes were, and when she pointed to them, I got up from the bed and put my shoes on.  I was ready to go do some walking.  Feyma and Sally, my sister in law, came out of the room with me to come along on the walk and watch me to make sure I was doing OK. 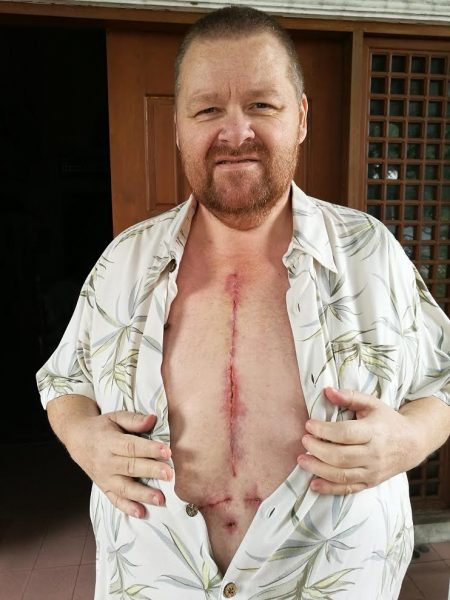 A lot of people have been asking to see what my incision/scar looks like, so here it is.

Just after walking outside my room, one of my doctors came off of the elevator and saw me, she was shocked to see that I was already walking!  As I walked up the hallway and back, many nurses and others expressed surprise to see that I was already walking.  Well… after a few hours my head rehab nurse, Lyn, came to my room.  She said that she heard I was out walking, which I confirmed, and she told me I was not supposed to be dong that! 🙂  ha ha… oh well…. I have always lived by the philosophy that it is easier to get forgiveness than permission, so no biggie!  Lyn tole me, though, that on Tuesday, the next day, she would be coming to my room with a team of rehab people who would help me get started on my exercises and prepare me to get more active.  I was looking forward to that!

When Tuesday came, Lyn and the team were there to get me started.  We started out by doing some breathing exercises and general warm up type stuff.  Exercises to limber me up, get my joints ready for something a little more intense.  It was also important that after even these warm ups we had to check my blood pressure and heart rate.  My heart was still recovering, and we had to make sure it was working properly with each ratcheting up of the exercise.  Sometimes I would have to rest for 10 or 15 minutes to let me heart calm down and get back to normal, that was all part of the process.

For Tuesday and Wednesday we did exercises like this twice a day, morning and afternoon.

I first met Lyn and the rest of the PhilHealth nursing team about 2 weeks before the surgery.  If you remember in an earlier article I told you how I had to go and have some doctors sign off on the surgery, approving me to get it done.  Lyn and a whole group of others were part of that process and helped guide me along the way.  The others on my rehab/exercise time were Paola and Jenny.  Great people, very helpful.  They helped me out a lot, and put me on the right path with the right exercises that would help me make good progress on my recovery and beyond!  My sincere thanks go to each of them!

I returned to my room, as I recall, on Sunday night.  I was hoping to go home on Tuesday, but the doctor felt I was not quite ready on Tuesday.  When my doctor stopped by on Wednesday afternoon, though, she gave me the go ahead to check out of the hospital and head home!  I was so happy.  The hospital was great, and the people there saved my life, but I wanted to get back to my own home where I could be more relaxed and more comfortable!  It was about 7pm on Wednesday evening before everything was done so that I could be released, but it happened!  I was so glad to be home where I belonged!

How much did it cost?

In the past weeks, I have been inundated with requests from people wanting to know how much the cost was for my Quadruple Bypass Surgery!

I’m happy to be home

Being home for several weeks now, I am feeling great.  I am on a regular and increasing regimen of exercise, primarily walking, and am just feeling better and better each day.

Although it is hard, pretty much impossible to remember exactly how we felt 20 years ago… I tell people that I think I feel better now than I have at any time in the 20 years.  I am still recovering and I am still sore in some areas, but overall, I feel great!

Thanks for the support that all of my readers have extended to me!  You are greatly appreciated!

Thanks Dennis. I appreciate that.

Thumbs up to that!

It is really great to read that you are home from your hospitalization experience and that your recovery is going well. I am looking forward to your additional articles about this.

Thanks, Bob. I know that I have written a lot of articles about heart issues, medical and such, but I feel it is important to get the information out there. I have gotten a lot of emails from other expats who have told me that they are experiencing heart pain and such issues, but cannot afford the treatment. I want to help those people as much as I can. Glad that you are enjoying the articles.

Hi Bob, glad to see (and hear) you’re on the mend now.

Thank you so much. I appreciate that.

Bob,
Just keep doing what you are doing and you will be back to normal in no time with God’s guidance.

Thanks PapaDuck. I am feeling quite good.

God Bless You Bob, glad to see you are well.

good to know your result is doing fine Bob..i had a heart attack about 16 weeks ago and they gave me an angioplasty.
Feel better now than I did for years now,but am concerened about my planned next trip to Phil;s with regard to diet as most food in Pil.s are either full of sugar and salt so my diet will be critical,,,Apart from fruit n veg things might be not so easy to access..plus I guess travel ins,will be huge,,
Also any plans I had of living there probably be declined now on medical grounds..
cheers and good health….mal

Hi Mal, eating healthy in the Philippines is certainly possible, I do it. I’m sure you can too, but if you only look on the surface you’re only going to find sugar and high fat foods. Stuff that’s fried that sort of thing. If you dig in a little bit though you can find food is healthy here as you’ll find anywhere else in the world. You just have to make the effort. If you want to live in the Philippines, good Medical Care is here too, you just have to seek it out, and you will find it. I… Read more »

Merry Christmas and may you have many more. Glad you bit the bullet and had the operation.

Thank you Loren. Merry Christmas to you too.

Hi Bob,
Great to hear the progress you are making with your recovery. There’s no place like home to speed the process along.
Merry Christmas to you and your family Bob.
Looking forward to seeing you in Davao next year.
Seasons greetings from Dave,Joradin and boys.

Hi Dave, thanks for your warm wishes! I will also be looking forward to seeing you whenever you are here, it has been some time!

Merry Christmas to you and your family!