Whatever Floats Your Boat

Recently I wrote an article about the Balikbayan Privilege Program (which many of us call the BB Visa.. but it’s not a visa).

Does Everything Have To Be Controversial?

Many good comments were shared and different points of view expressed.  I enjoyed it.  There were (at last count) 88 comments, and the title, “Decide by Facts” didn’t even indicate the post was about Philippines visas.

It’s gratifying to see that many people were interested, and I appreciate every ‘read’ and most importantly every comment from every reader … I don’t do this for money … or fame.  In fact it’s quite time-consuming to write “fact based” articles for me. (it is for anyone who wants to do it right)

I don’t publish unless I feel something needs to be said.  And I know whatever I say, there will be many who agree and many who disagree.  I really don’t care, if I think it should be said I say it.  If you disagree, fine, that’s why we’re all made unique.

But what I don’t like to see is people making controversy out of thin air.  I even have to wonder how many people actually bothered to read the article .. like the part where I said:

I want to be on record as NOT being “anti-permanent visa”, but I also hate to see the hurdles so many people put in the way for themselves in agonizing over it. It’s just one of several ways to stay here … and every one of them has advantages and disadvantages

Yesterday Bob emailed and went into a lot of detail in an email to me about how he didn’t want to start a controversy by writing and publishing his article about the 13 sereis permanent residency visa family.  I consider Bob a very good friend and very much appreciate his concern and consideration … but there were times when I was reading his email I wanted to say, out loud, “Hey, no worries Bob, there just isn’t any controversy”.

My fellow author Paul Thompson, whom I also consider agood friend summed it up best with a comment from which I ‘stole” the title of this article:

No one person is right nor wrong, get the visa that floats your boat

Amen, brother. Couldn’t possibly say it any better myself, Thanks Paul. 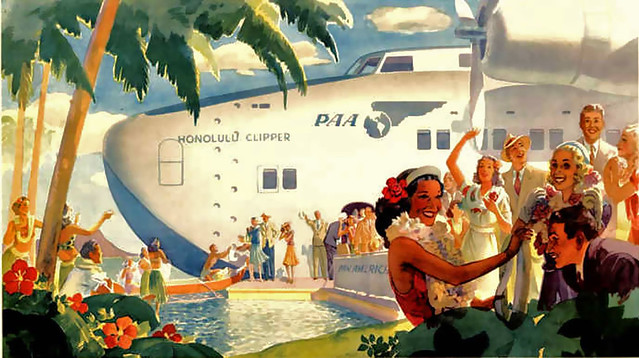 Best Way to the Philippines

Is There a Point To All This?

So, let’s see, Dave, you’ve used up more than 375 words here .. aren’t we ever going to get to some sort of controversy?

Oh, yeah, you’re right, dear reader.  I’m known for creating controversy.  Can’t possibly get through an article without it .. so here’s you issue for the day ..

Endless Discussion About Visas Is Bad For Your Health

It might lead to AIDS.  Do be careful please.

AIDS!?  Wow, what a shift of gears that is!  Are you talking about the deadly serious Acquired Immunodeficiency Syndrome?

No, no, nothing like that.  The Philippines, if you haven’t yet learned, is a land that just LOVES acronyms.

And in this instance I am tlkaing about the greatest obstacle to making you move to the Philippines and living here, happily in the Philippines, that you are ever likely to face:

As If Doing Something

For more than 10 years now I have been working with and attempting to help people interested in moving to the Philippines.  I also work on a daily basis with a lot of people already living in the Philippines who have some issue with living here legally and comfortably.

Although people’s needs and questions are often very serious, the answers to those questions are sometimes simple, sometimes complex and they almost vary greatly from one person to another.

But I find that one common differentiation between the people who get their problems solved or find a solution that works for them … and the people who have been studying, questioning, debating, even arguing over the answer to their issue happens to be and never reach an end.

That the folks who succeed are not afflicted with the “Move to the Philippines’ form of AIDS.

Thee ones who never get anywhere keep themselves continually busy with researching, questioning, re-questioning and playing a continual online game of “what if” … all the while doing absolutely nothing toward what their rreal goal should be, perhaps:

And the list goes on and on, but I won’t bore you with it.

Stop Making It So Darn Hard

If you want to move here and live here successfully, just pick a visa and DO IT.

Or apply the KISS principle as I have often advocated before, and come here with out a visa and then decide what to do permanently after you have your feet on the ground.  That will work fine too.

It’s just not that complex  an issue.

But what _IS_ irreversible is the time you waste arguing and “over thinking” the issue.

If you stop “stewing’ about the details and move forward with your plans, you’ll be glad you did … you can trust me on that.

Firstly, let me say, this comment is not meant to be confrontational, only to share my thoughts, and maybe spark a bit of conversation. I don’t think that the Visa topic is controversial at all. I think that it sparks interest, because people simply want to learn more about visas and to decide which visa best fits their needs when they move here. Going further, I don’t feel that people “over think” it either, they just want to learn more and use that knowledge to make the best decision that they can. Certainly, there are those who do sit and… Read more »

The main reason I will be getting a 13a visa is because I plan on attending college there. It is basically the same paperwork requirements for a 13a immigrant visa or 9f student visa. My wife is a dual citizen so why not just get the 13a. I am sure that it will come in handy on down the road. I can understand how someone who travels a lot comes in on a tourist visa. It makes more sense for them. Also if you are maintaining a residence somewhere else it might be more sensible for a balikbayan visa. If… Read more »

Bob/Dave; Or take the “Paul” approach, after flying in and out on a tourist visa back in the early 90’s as I was still sailing them ships!, While I sitting in a gin mill, I casually asked which visa was the best way to go. Being the other imbibers were all in the same boat as me (Bing retired Military or Merchant Seaman, or like me:BOTH”) Without a moments the words 13 series visa was shouted out and with no further thought or study that’s the way I went. But you, David and myself seem to agree that in the… Read more »

Every person who wants to make the move, has to contemplate what there own circumstances dictate, and itsgoing to be different for each person, so the generic answer of just keep it simple stupid, is not necessarily going to be the answer for everyone. We have decided that we will be moving to the Philippines, hopefully by 2018, but for me, an awful lot of things must happen before that will be possible. For many, wanting to come there, money is a big consideration in making that decision, most especially if that person may have to continue earning an income… Read more »

Hi Bill; I guess I am the naive type because, I was like in as much I wanted to retire “someplace warm & wet: like a tropical isle. I went to Costa Rica, Mexico, Australia, New Zealand just to see if I would like it first. If not, I left. When I came here, I said, “dis is da place!” Then is when I figured out how stay & as all these other people have said, “it ain’t that hard.” Getting used to life here may be harder because these people don’t think like Americans. In Mexico it, “mañana”, here… Read more »

Dave
Reply to  W. A. MILLER

Truer words never spoken, Bill. To me the main things to insure a happy life here are: 1. Avoid controversy, especially politics. 2. Don’t be a news junky, glued to the tube 24-7. There will always be plenty going wrong in the world and very, very seldom is there ever anything we can do about it, so why stress over it? 3. Stay the hell away from cheap alcohol. In the 12 years now that I have watched fellow expats closely the number one reason for unhappiness, illness and even death has been excessive drinking. It sneaks up on many… Read more »

I wouldn’t worry too much about controversy. I’ve found that folks who interact only with people who agree with them become rather shallow and narrow in their thinking.

One thing I find myself saying a lot when I’m working with novice horsemen (and women) is ” You’re thinking too much. Just do something.”

BTW Dave, I got your e-mail. Very interesting points. I hope you got the several replies I sent.

Dave: There is another phenomenon at play here, too… and not immediately obvious until you have been here a while. Just like the reality TV shows, “Storage Wars”, “Shipping Wars”, “Food Wars”… and umpteen other “Wars”. “Expat Wars” There are, quite frankly, a fairly decent sized subset of expats online who seem to like nothing better than to just be obnoxious know-it-alls. I wrote a number of articles about topics that I thought were rather benign… never expected a bunch of BS. You disagree with them? Ok… You are an idiot. But far beyond just name calling… People sometimes made… Read more »

Wow. Just wow. A very nice word of caution to “future old farts”, John – and point taken. I saw this phenomenon with my own father, who was healthy as a horse and “fighting the good fight” – right up until he stumbled on some steps, hit his head and died at 77. If there is one lesson I’ve learned this past year is that “life is too friggin’ short”, so find something to smile about and get on with living, keep moving forward and pick yourself up when you get knocked down. That’s why I’m here now and I… Read more »

Very true, Anton Faust. The only thing I would change about what you said us that I would day ‘people’s instead of retirees.

Am I the only one who can’t see Anton’s post?

Lol – Maybe I’m the only one on the planet who frequents LiP but not FB (anymore – too much drama).

That was an honest and transparent read. I enjoyed it! Nicely done!

That’s true Anton… “grumpy old men” would not have a great time here. Or maybe by second thought: Some do love to complain about everything, a kind of sport. Well…come here – there’s new and different things to complain about 😀 To live here you need an open, tolerant and flexible mind/attitude!

Just as in buying a pair of shoes, there really is no ” one size fits all. It is the same with the rent or buy housing as well as which size visa will fit your requirements. Maybe we should feel fortunate that so many visa opportunities are available to us so there is nearly something for everybodys situation.